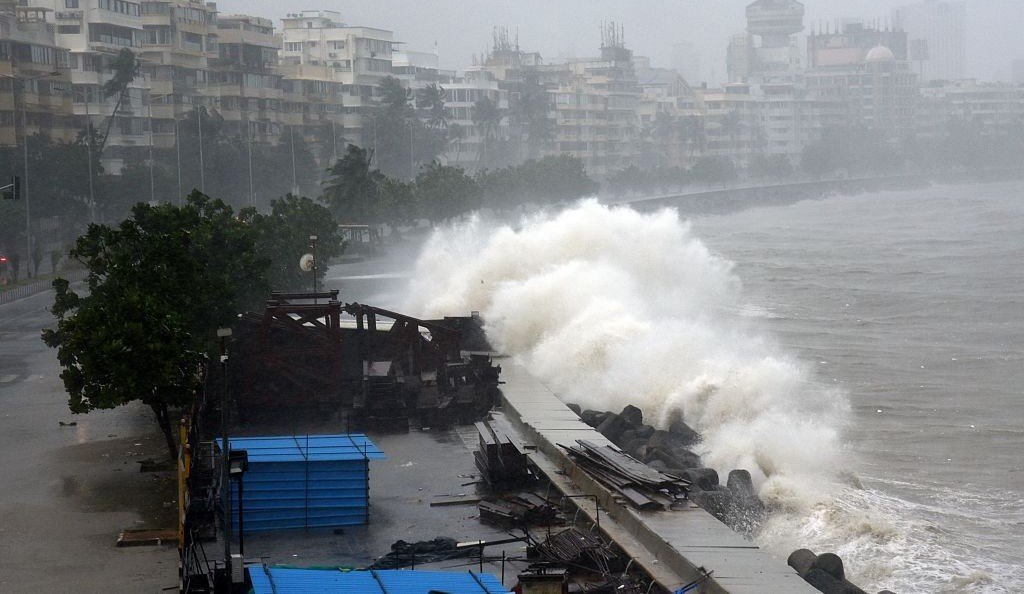 Waves lash over onto a shoreline in Mumbai on May 17, as Cyclone Tauktae, packing ferocious winds and threatening a destructive storm, surge bore down on India, disrupting the country’s response to its devastating Covid-19 outbreak. (Sujit Jaiswal/AFP via Getty Images)

NEW DELHI — India’s eastern coast was on alert ahead of a severe cyclone brewing in the Bay of Bengal on May 24, just days after a powerful storm battered the country’s western coast and killed at least 140 people.

Cyclone Yaas is expected to make landfall on May 26 and could pack sustained winds of up to 165 kilometers per hour (102 miles per hour), the India Meteorological Department said. It said the storm was forecast to hit the eastern states of West Bengal and Odisha.

Disaster relief teams have already been deployed in the two states for potential rescue and recovery operations and the coastal areas are being evacuated. India’s air force and navy said they have kept some of helicopters and vessels ready to carry out relief work.

Yaas will be the second storm to hit India in 10 days after Cyclone Tauktae killed at least 140 people across western states last week. Nearly 70 of those killed were on board a barge that ripped free of its anchors in the storm and sank off Mumbai’s coast.

The massive storms come as India is battling a devastating coronavirus surge, complicating efforts to deal with both.

In neighboring Bangladesh, authorities asked all fishing boats and trawlers over the north Bay of Bengal and the deep sea to move closer to the coast ahead of Yaas.

A weather bulletin from the country’s Meteorological Department in Dhaka said that ships should leave maritime ports of Chattogram, Mongla, Cox’s Bazar and Payra.

Scientists say cyclones in India are becoming more frequent and changing climate patterns have caused them to become more intense.

Last May, nearly 100 people died in Cyclone Amphan, the most powerful storm to hit eastern India in more than a decade. It flattened villages, destroyed farms and left millions without power in eastern India and Bangladesh.