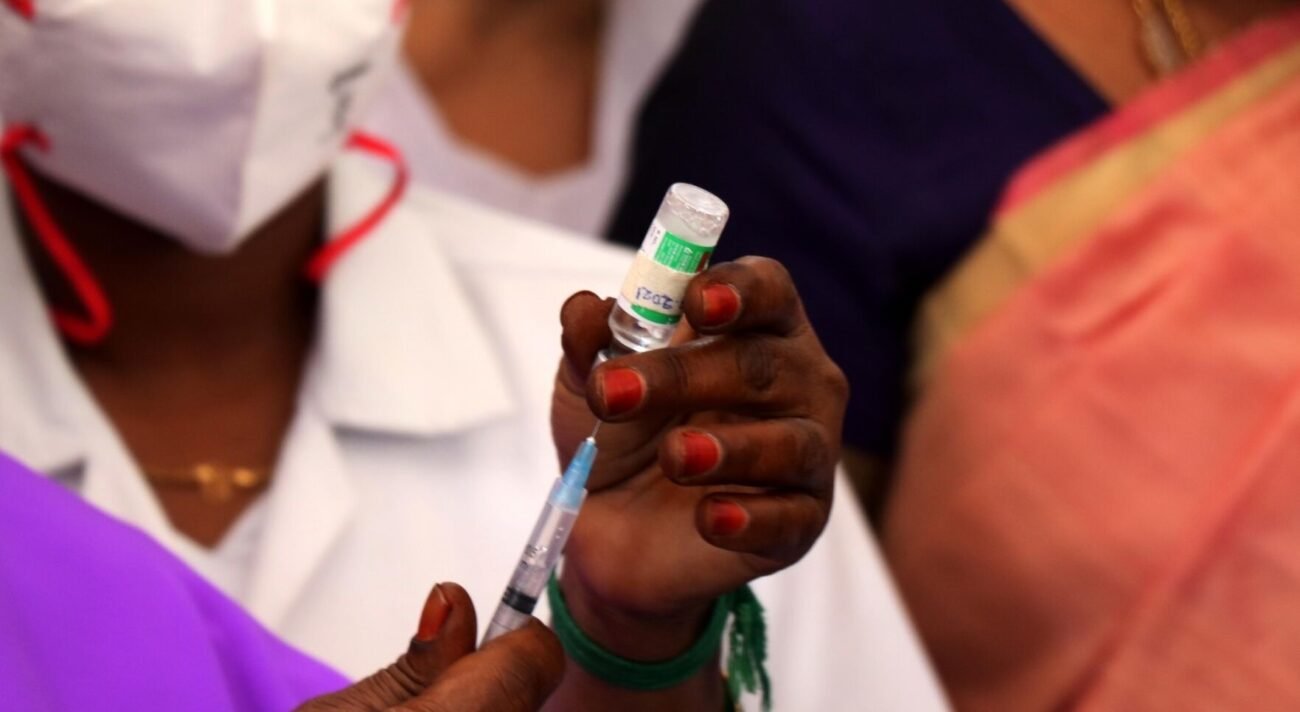 Railway employees taking the Covid-19 vaccine shot before being deployed to other cities for election duty in Chennai March 9. (R Parthibhan/IANS photo)

NEW DELHI — India reported a record daily surge in new coronavirus cases for the second time in four days April 7, while New Delhi, Mumbai and dozens of other cities announced they are imposing curfews to try to slow the soaring infections.

The rise of 115,736 coronavirus cases reported in the past 24 hours tops the 103,844 infections reported April 4. Fatalities rose by 630, the highest daily amount since November, driving the confirmed death toll in the country above 166,000.

The federal government has so far refused to impose a nationwide lockdown to contain the latest surge but has asked states to decide on imposing local restrictions.

“The pandemic isn’t over and there is no scope for complacency,” Health Minister Harsh Vardhan said on Twitter. He urged people to get vaccinated.

India has reported 12.8 million virus cases since the pandemic began, the highest after the United States and Brazil.

While 85 million Indians have received at least one coronavirus vaccine shot, only 11 million of them have received both. India has nearly 1.4 billion people.

Due to a surge in infections, India has now delayed exports of large quantities of vaccines.

Experts say the surge, which is worse than last year’s peak in mid-September, is due in part to growing disregard for social distancing and mask-wearing in public spaces.

As health officials warn about gatherings in public places, Prime Minister Narendra Modi and his party leaders continue to hold mammoth rallies in several states where local elections are underway.

His government has also allowed a monthlong Hindu festival that draws tens of thousands of devotees daily to go ahead on the banks of the Ganges River in northern Uttarakhand state.