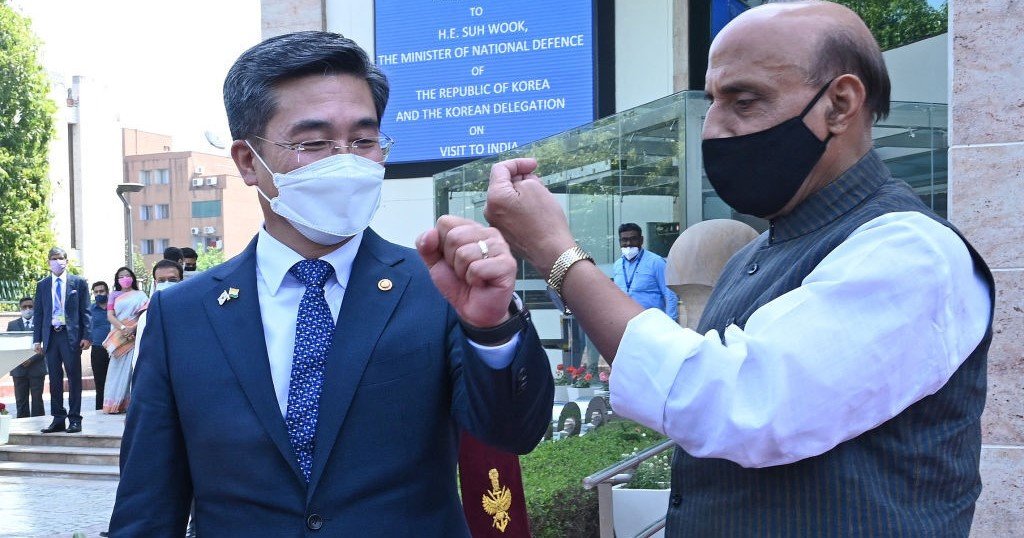 Indian media reports say both countries have been in discussions for military platforms and weapons, especially naval shipbuilding. Korean companies are keen to build minesweepers in the country and supply a self-propelled anti-aircraft defense system to the Indian military.

He said that India has opened up the foreign direct investment in the defense sector up to 74% from earlier 49%. “I would invite the Korean defense industry to take advantage of these investor-friendly initiatives.”

The South Korean defense minister told Indian business leaders that the two countries have agreed to scale up cooperation in commerce as well as the defense sector. “The government and companies are proactively looking at defense cooperation.”

The two countries have a logistics agreement helping the Indian navy while operating in the Indo-Pacific region.

The South Korean minister ends his three-day visit March 27 in the city of Agra to meet personnel of India’s 60 Para Field Hospital, which provided medical aid to United Nations and South Korean personnel during the Korean War.