India To Take Over UNSC Presidency At Time Of Acute Crisis 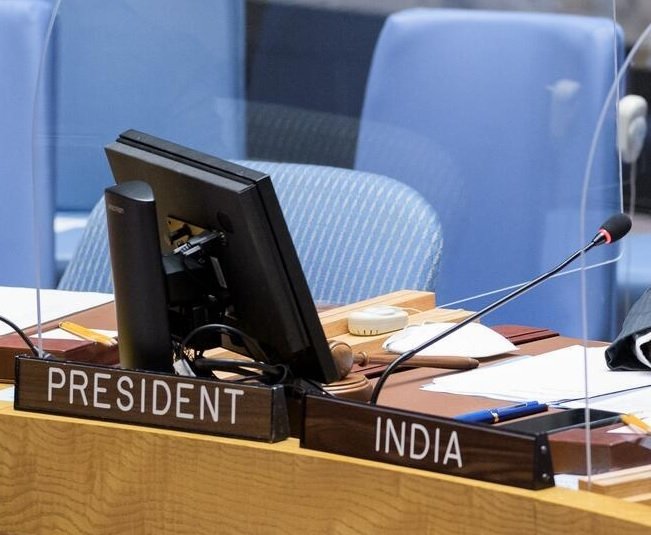 India To Take Over UNSC Presidency At Time Of Acute Crisis

NEW YORK, NY (IANS) – India will take over the presidency of the Security Council on December 1, at a time of an acute international crisis that will call upon its diplomatic skills in the UN’s highest decision-making body paralyzed in the face of an invasion by a permanent member of a neighbor.

Permanent Representative Ruchira Kamboj will step in as President of a deeply polarized Council where the West is ranged against Moscow and Beijing in a situation exacerbated by veto-wielding Russia’s devastating war against Ukraine.

India will use its presidency to continue to put a spotlight on terrorism, an imminent threat.

External Affairs Minister S. Jaishankar is expected to preside over a special high-level meeting of the Council on December 15 on the global danger from terrorism.

Convening such sessions known as “Signature Events” is a prerogative of the nation holding the presidency to draw attention to its priorities.

The session will follow up a special meeting India convened in Mumbai and New Delhi last month as the chair of the Council’s Counter-Terrorism Committee.

Ukraine will come up repeatedly in the Council next month as Moscow’s attacks heighten the security threats in Europe and the humanitarian crisis worsens.

Although Kamboj will have the benefit of India’s tightrope walk between the adversaries, keeping its lines of diplomatic communications open to all sides at the highest levels, a breakthrough will be impossible.

Pulled by both sides, New Delhi, which has repeatedly called for a diplomatic solution to the conflict, has expressed its mild disapproval of Russia’s invasion of Ukraine, but without naming Moscow, but at the same time abstained on votes in both the Council and General Assembly condemning Russia.

The Council is also forced into inaction by veto-wielding China on North Korea’s nuclear and missile tests in defiance of the UN, a threat that directly affects India and Indo-Pacific nations.

While it may be impossible for the Council president to arrive get compromises on issues like Ukraine or North Korea, there are other routine matters like peacekeeping operations on which a compromise can be hammered out.

Short of a resolution, the President can also work on developing consensus declarations known as press statements that can express concern on matters like attacks on peacekeepers or deteriorating conditions, or applaud positive developments like Israel and Lebanon agreeing recently on a maritime boundary.

When India takes the gavel from Ghana, it will be its 12th turn presiding over the Council under a system based on alphabetic order and it comes in the last month of its two-year term as an elected member.

December is also the shortest month of activity for the Council as traditionally meetings are seldom scheduled for the last days of the year unless there’s an emergency.