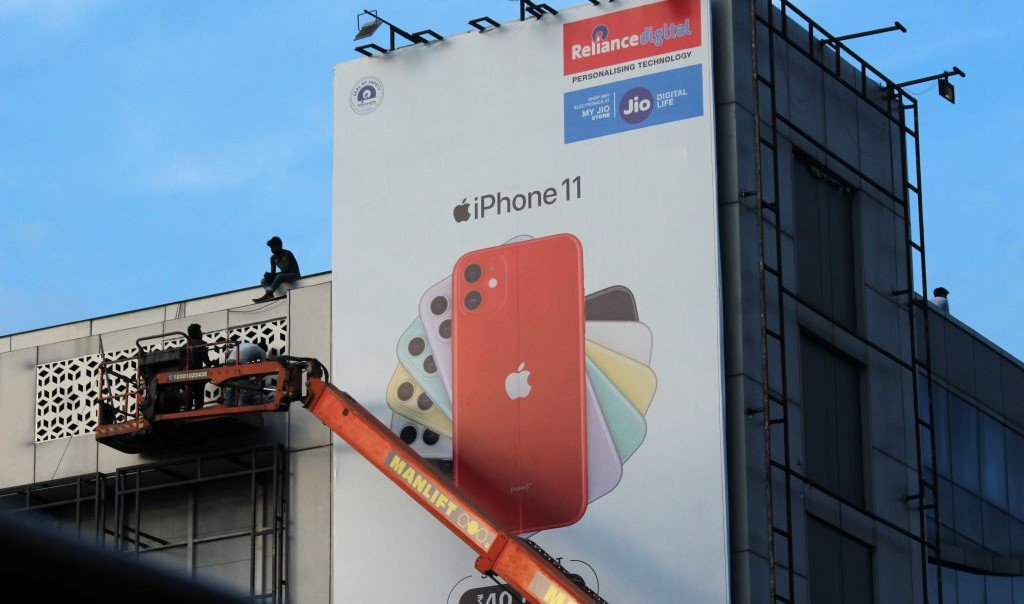 A worker installs an advertisement panel of an iPhone smartphone sold by Apple Inc. at a mall in New Delhi, India on Aug. 1, 2021. (Mayank Makhija/NurPhoto via Getty Images)

NEW DELHI – As the online and technology space witnessed great strides amid the Covid-19 pandemic, sector stakeholders are of the view that India-U.S. relations, in terms of information technology, have scope to grow further at a much greater pace.

Speaking at the 2nd Indo-U.S. Services Summit organized by the Indo-American Chamber of Commerce-NIC on information & technology and digital transformation, STPI director general Omkar Rai noted that technology is a major binding force in Indo-U.S. relations.

“India and U.S. relationship is so complementary. Their interest is also technology-based. Our cultivation, collaboration lies in technology,” he said.

Saying that amid the lockdown, India witnessed transformation and disruption, he added that the digital readiness of the nation was tested during the time.

The leap in terms of digital economy and online processes which India has achieved in the past one month is because of the robust IT services sector in India, he added.

“As we saw the pandemic’s impact in hospitality, tourism, we also saw great progress in other sectors such as education as we started online classes immediately,” he said, adding that going ahead, much more immersive and animated content will have to be created.

Such efforts are going to create a lot of opportunity in technology space to digitize the entire ecosystem.

The U.S. Embassy’s director for North India, Michael Rosenthal, noted that IT is a vital sector as digitalization has become important for inclusive and sustainable development of both the Indian and the U.S. economies.

Noting that India’s digital economy annually generates $20 billion, he said: “In the U.S. Embassy, it is considered that in terms of business, U.S. is the largest partner of Indian IT players.”

Stressing India’s standing in the global front in terms of IT, Rosenthal added that India offers major scope for global players.