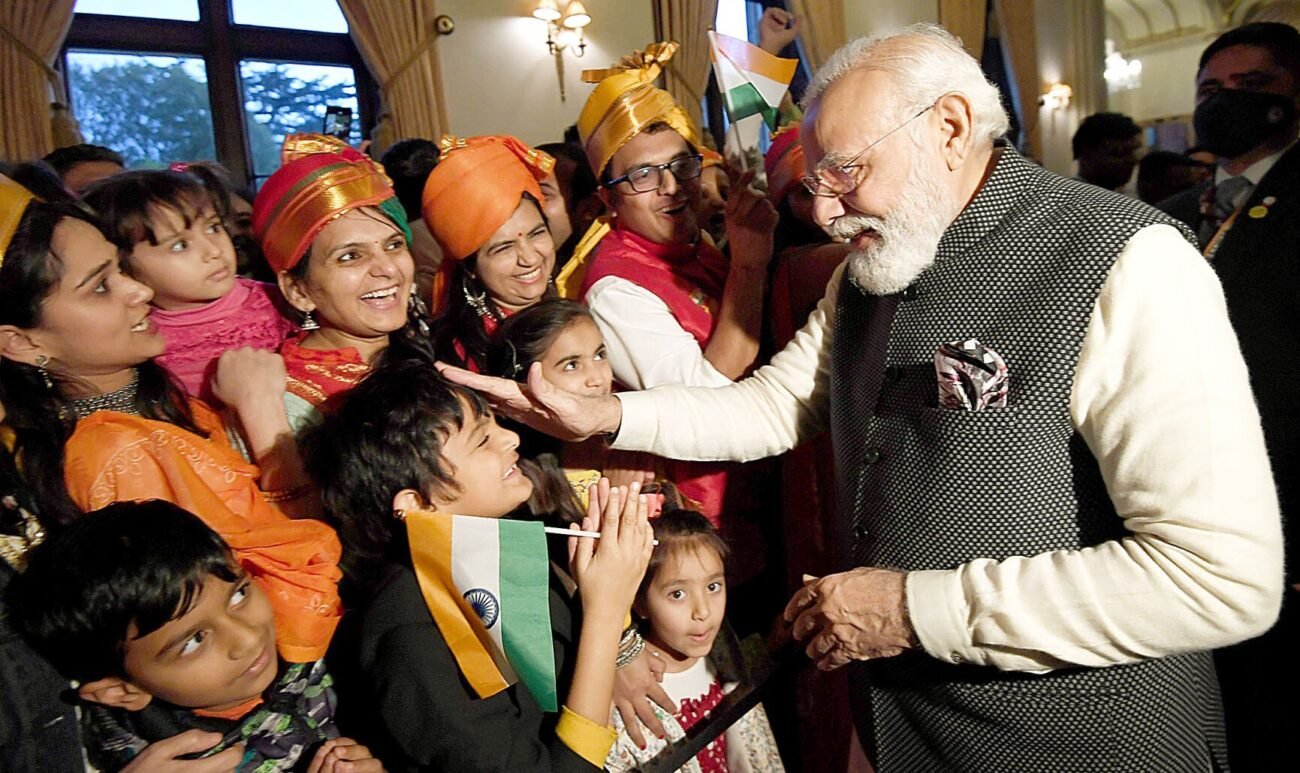 Prime Minister Narendra Modi during an interaction with the Indian community in Glasgow on Nov. 2. (ANI photo)

GLASGOW, UK – India on Nov. 4 urged the global community to make solar power the priority in energy deployment at the COP26 climate summit.

Minister of Environment, Forest and Climate Change Bhupender Yadav, who represented India in the special event organized by the International Solar Alliance in partnership with the United Kingdom under the theme Green Grid Initiative – One Sun One World One Grid, urged that grid interconnection play a key role in revamping regional cooperation and transition to the low carbon power system. In a keynote speech, Yadav emphasized investment in grid expansion and modernization with emphasis on solar which will enable transition in the global energy value change.

All the speakers wholeheartedly supported the GGI-OSOWOG initiative announced jointly by Prime Minister Narendra Modi and Prime Minister of UK Boris Johnson at COP26 and suggested ISA play a leading role to facilitate this by supporting regional power pools, where a group of countries create an interconnected grid to facilitate electricity trade-and connect various regional pools to eventually form a global grid.

The use of fossil fuels made some countries prosperous but it made the Earth and environment poor. Fossil fuels have fueled the industrial revolution but the race for fossil fuels has also simultaneously created geopolitical tensions, Modi had said at COP26 Leaders event ‘Accelerating Clean Technology Innovation & Development’.

Mentioning the Surya Upanishad, Modi underlined that the Sun is the source of all energy. Solar energy is totally clean and sustainable. Though the only challenge is that this enormous energy is only available during the daytime and is dependent on the weather. The ‘One Sun One World One Grid’ is the solution to this challenge.

‘One Sun One World One Grid’ will aid in developing a worldwide grid through which clean energy can be transmitted anywhere, anytime.

At the Conference of Parties in Glasgow, Modi delivered a “seminal” statement at the 26th session of the Conference of Parties and highlighted the range and depth of climate actions taken by India along with future goals that the country has set for itself. During his COP26 address on Nov. 1, the prime minister had announced five “amrit tatva” including the target to attain net-zero emissions by 2070.