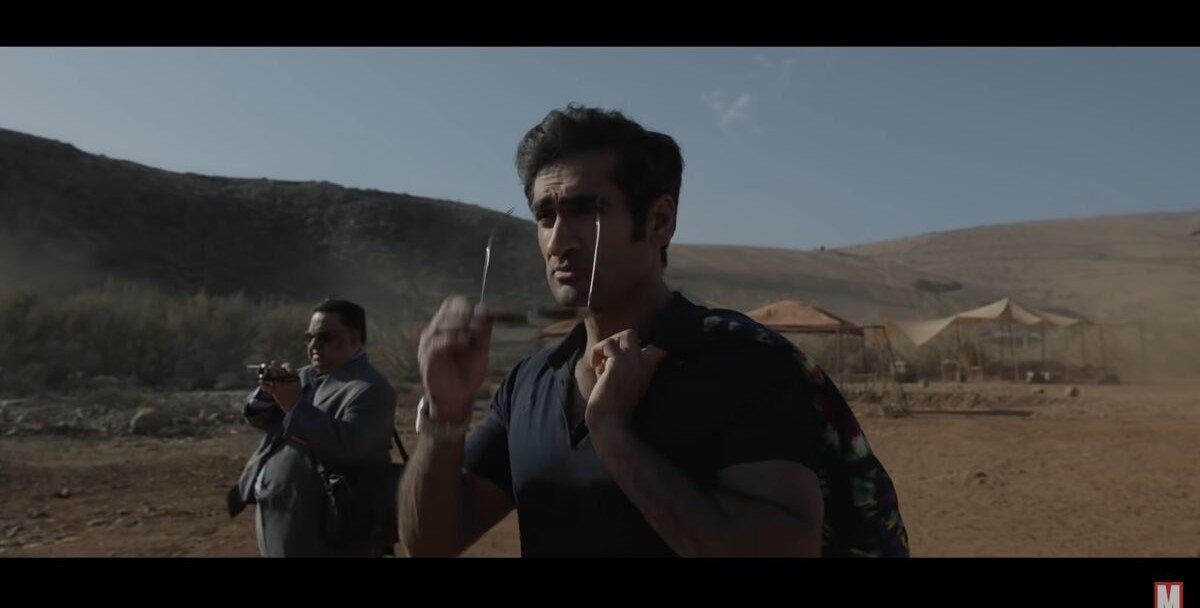 Indian actor Harish Patel has been trending on Twitter ever since a new trailer outlining Marvel Studios’ upcoming slate was released May 3.

That’s because the trailer included a sneak-peek into Marvel Studios’ upcoming film, “Eternals.” Eagle-eyed fans spotted a glimpse of the veteran actor who makes a cameo appearance in the superhero film. In the clip, Patel is seen standing next to Pakistani American actor Kumail Nanjiani.

Patel told PTI that he does not have a lengthy role in the movie.

“Whatever little you have seen of me in the teaser that’s where my role starts and ends,” the 67-year-old actor told PTI.

He also added that the movie is just another international project for him.

“In India, I am a character actor. Here people think I am sitting idle, but I am regularly doing work there (in the West). I am very happy that I am getting attention (here) after so many years. People would often refer to me as Ibu Hatela from ‘Gunda’ but I feel my work in other films was equally good,” he told the news agency. “However, I don’t like tom-tomming about my work. If I had to, I could have said that ‘Slumdog Millionaire’ was offered to me and I couldn’t do it because of my other prior commitments.”

The actor said that he auditioned for the part in London in 2019 and was immediately called for a read through with the entire cast. He shot for his part in September 2019 at Pinewood Studios, U.K.

In Bollywood, he has appeared in a string of films, including “Mr. India,” “Andaz,” “Pyaar Toh Hona Hi Tha” and “Jadoo.”