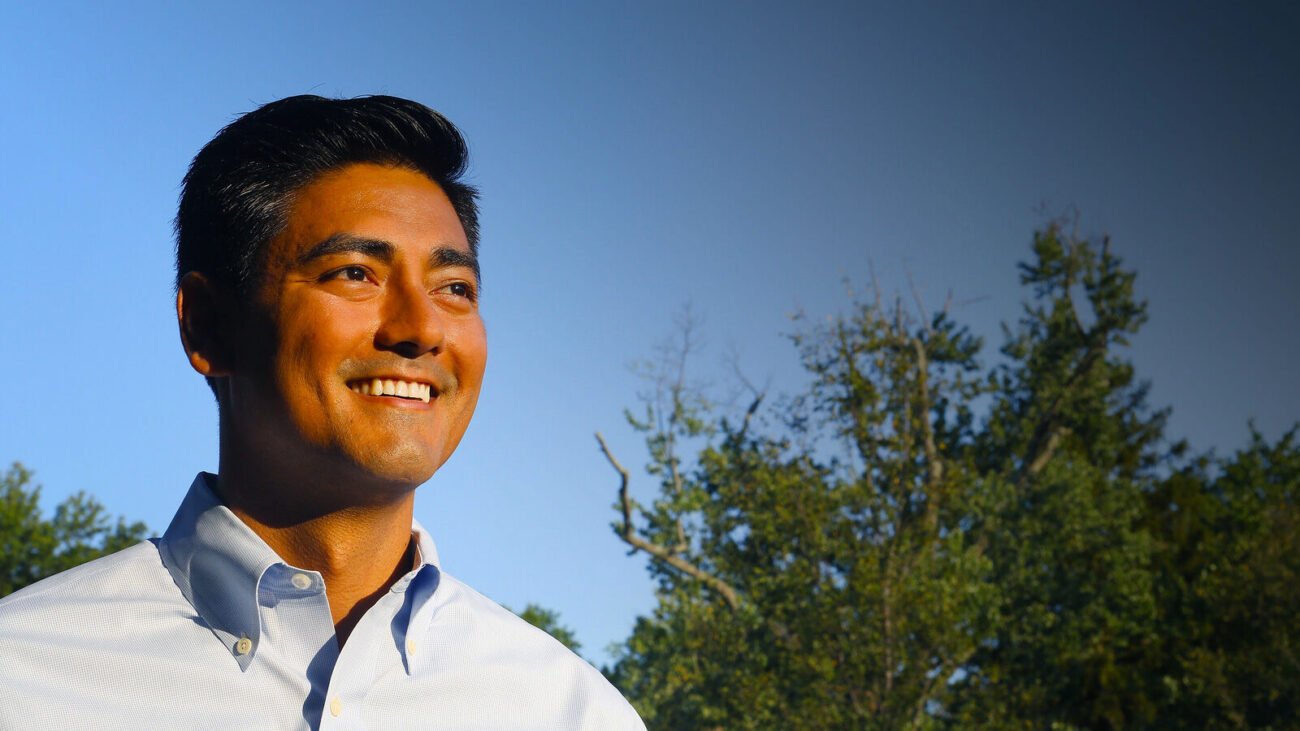 Aftab Pureval, the son of a Tibetan mother and Indian father, could be the next mayor of Cincinnati, Ohio. (aftabformayor.com photo)

In early voting Nov. 2, Cincinnati voters appear to be choosing Aftab Pureval as the next mayor, with Pureval garnering 70.8% of the vote to David Mann’s 29.2%, cincinnati.com reports. The full vote counts will probably be available late Tuesday night.

Pureval and Mann are both Democrats, but they have offered different visions for the city, noted the report.

Associated Press adds: When Cincinnati mayoral candidate Aftab Pureval decided to leave his attorney job in 2015 to run for county clerk, it was some fellow Democrats who warned him against the idea. They felt he didn’t have a “good ballot name” that would appeal to the predominantly white votership in Hamilton County, Ohio.

“When you see A-f-t-a-b on a yard sign, it doesn’t occur to people that’s a candidate not an insurance company,” Pureval told The Associated Press. “When you’re Asian, when you have an ethnic name, it’s just harder. You’ve got to be creative, you’ve got to work harder, you’ve got to knock on more doors.

Pureval, the son of a Tibetan mother and Indian father, must have knocked on enough doors. He went on to score a major upset, becoming the first Democrat in over 100 years to be elected clerk. Now, Pureval could be his city’s first Asian American mayor — and he’s not the only one.

In an unprecedented turn, three major U.S. cities could be on the verge Nov. 2 of seeing their first Asian American mayor. What’s extraordinary is how spread out they are — Cincinnati, Boston and Seattle. High-profile mayors who are Asian American and Pacific Islander, also known as AAPI, have typically been elected in places with historically large Asian populations like California and Hawaii. These candidacies signal just how large the AAPI electorate has multiplied with more feeling empowered to be a voice in the political fray.

The wider implications of his mayoral race mean a great deal to Pureval.

For the first time in more than two centuries, Boston is on the verge of electing a woman and person of color as mayor. Michelle Wu, 36, the first Asian American city councilor there, faces fellow city councilor Annissa Essaibi George, 47, an Arab Polish American. Wu, who is Taiwanese American, seems the favorite especially after getting a coveted endorsement from acting mayor Kim Janey, who was elevated to the post when the former mayor resigned. Janey was the city’s first Black and first female mayor.

In Seattle, Bruce Harrell, 63, became the first Asian American mayor by appointment in 2017 after Mayor Ed Murray resigned over child sex abuse allegations. Less than a week in, Harrell, who is second-generation Japanese American and Black, decided to continue serving on the City Council instead. Now, he has a solid shot at being elected into the position. He faces Lorena González, City Council president.

The AAPI Victory Fund, a Super PAC that mobilizes eligible Asian American and Pacific Islander voters and candidates, has endorsed Pureval and Wu (They never heard back from Harrell’s campaign about a meeting). The fact these three candidates made it this far is historic and pivotal, said Varun Nikore, AAPI Victory Fund president.

“It’s a layer of elected office that had typically gone unnoticed by most folks in our community,” Nikore said. “It’s going to be a giant magnet for other folks who are looking for stepping stones for higher political office … You’re going to now see a new career path in politics for AAPIs.”

As mayor, they each can lay a foundation for greater representation with who they select for their staff or as key decisionmakers.

“If your community is well represented, then you create a legitimate pipeline pathway for public service whether it be political office, whether it be appointed office, whether it be just appointing more AAPIs on boards and commissions,” Nikore said. “By being proactive at those levels, it really is this ripple effect that lasts — in some cases — decades.”

James Lai, an ethnic studies professor at Santa Clara University whose specialties include Asian American and urban politics, said these mayoral races are a “beautiful” microcosm of how Asian Americans are a growing political force.

The Reflective Democracy Campaign, which looks at diversity in political leadership, recently released a study that found Asian Americans and Pacific Islanders make up over 6% of the U.S. population but less than 1% of elected offices.

Nikore believes the pandemic-sparked racism that pushed American and Pacific Islander voter turnout in the 2020 election will continue. He also said Wu’s rise in the polls in Boston is especially noteworthy with the rise in anti-Asian sentiment, with a majority of reported crimes targeting Asian women.

Nikore hopes having someone like Wu in the public sphere “could dispel the ignorance of and around our community at this very critical time.”

“Maybe it’s just the optimist in me that hopes that something like that might take out the fear factor for people who just don’t know who we are as AAPIs,” he said.

Pureval confronts the foreigner stereotypes head-on, often introducing himself as “a brown dude with a funny name.” Perceived political liabilities like ethnicity can be strengths too, he added.

“I’m hopeful one day when we elect more and more AAPIs to office, future AAPI candidates won’t have to think through that.”