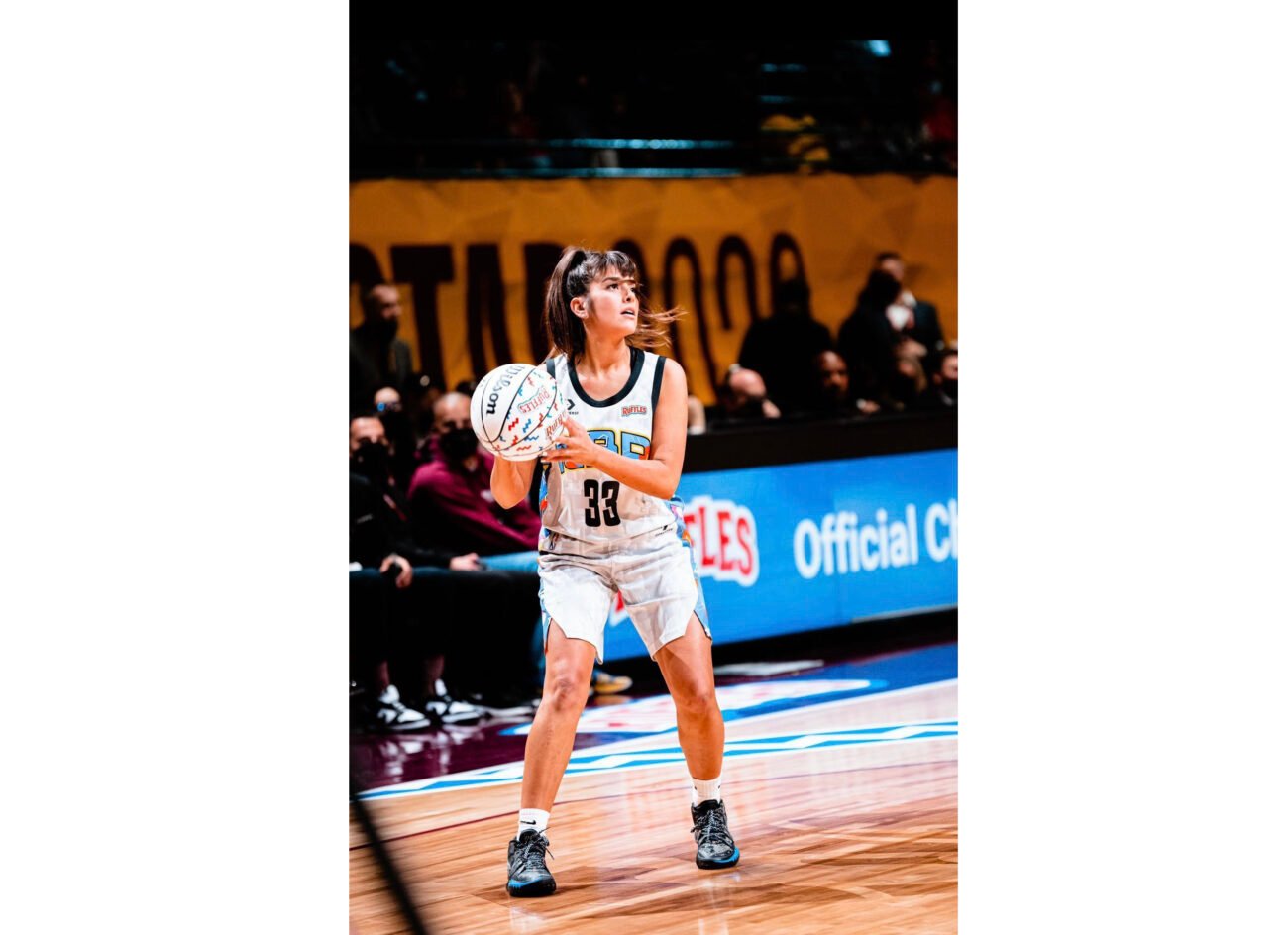 CLEVELAND, OH – Anjali Ranadive gave an impressive performance playing for Team Nique during the first half of the 71st NBA All Star Celebrity game that was played at the Wolstein Center here, on Feb. 18.

Ranadive played team against Singh’s Walton and came with all kinds of advantages including that she has coached her middle school team that dominated opponents by only practicing full court pressing and being the daughter of Sacramento Kings owner Vivek Ranadive.

The Sacramento Kings social responsibility coordinator is a vegan activist, pop singer and songwriter. Her song and performance “We turn Up” in 2014 during a Kings game is still popular on YouTube. She graduated from UC Berkeley with a degree in Marine Science she has founded Jaws & Paws, a marine and wildlife conservation nonprofit that spreads awareness for the conservation of sharks, polar bears, and tigers.

A thrilled Ranadive tweeted, “What an incredible experience. Met So many amazing people and honestly had the best time.” She added that “it was truly a blessing” to represent the Kings and Jaws & Paws while the thanking the NBA for allowing her to part of the event.