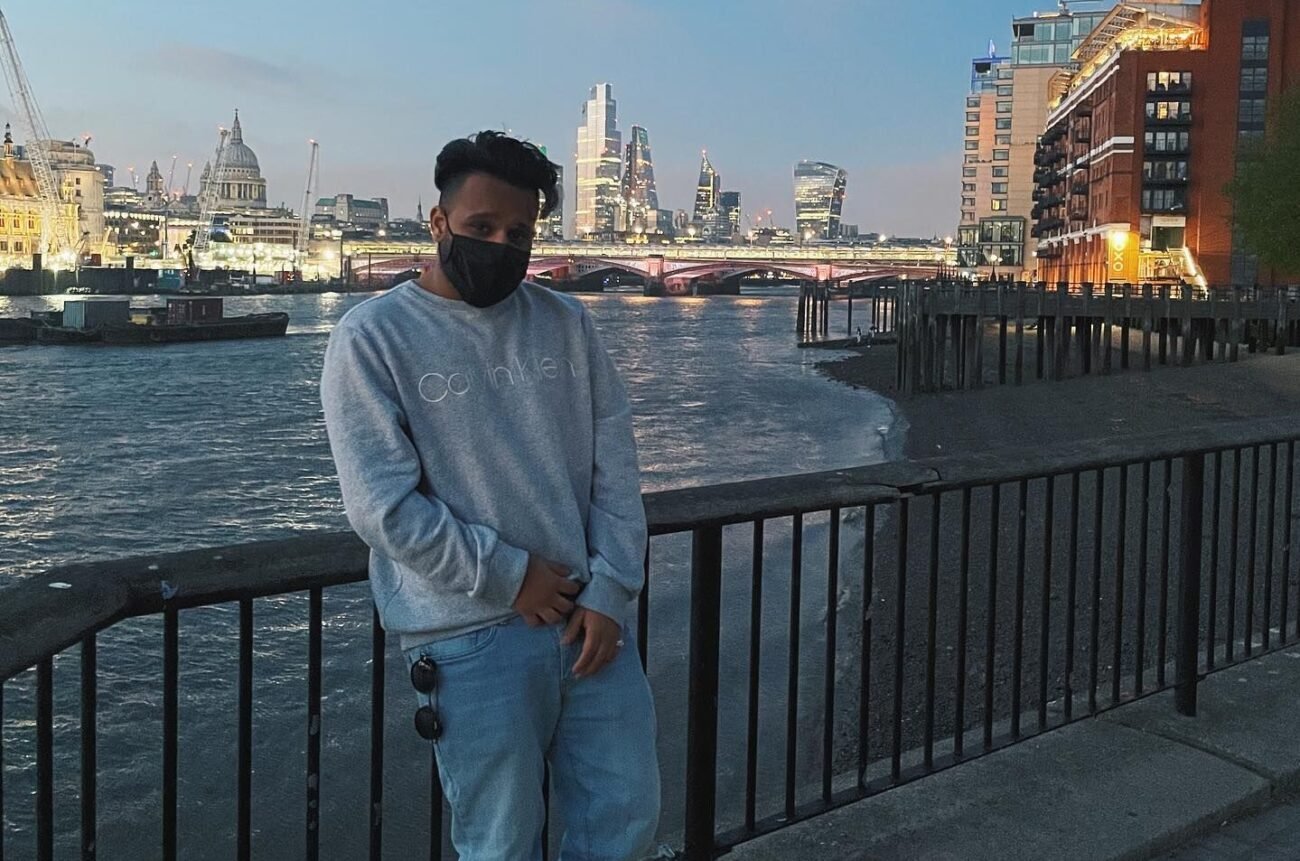 “This collab was hella good without a doubt!” “This song has become my addiction.” “The collab we needed.” These are just some of the comments listeners dropped on Indian American singer Aaryan Shah’s latest release, a remix to his 2018 smash, “Renegade,” which features singer/rapper Zacari.

Zacari is best known for his feature on Kendrick Lamar’s “LOVE.”

“Renegade” is written by Shah, Zacari and Jamiah Lindsey, and is produced by Shah. He made the original when he was just 17.

Currently, the 20-year-old singer/songwriter/producer, who has yet to reveal his face to the public, sings about everything from drugs to sex to depression — invoking emotion and passion with each release, according to allhiphop.com.

“I was the kid that dyed my hair, pierced my ears, got tatted and dropped out. I did what I wanted to do and what felt right for me. That’s what the song’s about, and a lot of people are on that energy these days,” he told allhiphop.com.

Recalling how the collaboration came about, Shah told the publication: “It’s crazy. My manager Megh, Integral, the whole team, they go back with TDE (Top Dawg Entertainment). I’ve been a fan of Zacari since I started making music. He’s been really starting to pop off…In this last year, ‘Renegade’ was starting to go a little crazy… We thought it’d be cool to bring it back to life…Zacari was always one of the first people who came to mind. It was really cool, we sent it to him, and he was feeling the energy. He sent something back so quick. We got in the studio, he’s a really nice person. I’m glad he’s the first person I’ve ever actually worked with.”

Being one of the first Indian American acts to come on the scene is “crazy,” Shah told allhiphop.com.

“A few really dope ones have been poppin’ for a little bit. Nav’s a great example of someone who’s already been doing it. In the R&B world especially, it’s a space that hasn’t been touched. It’s really cool. For me, everyday feels like we’re doing something new, like we’re breaking some new barrier. At the same time, there’s a lot of challenges that come with it, too. People don’t necessarily know because there’s not a lot of Asians in the space, it doesn’t get talked about that much, but we’re here to stay and want to show the world what this looks like at the highest level,” said the Los Angeles, Calif.-based artist, who dropped out of high school to do music.

He admitted to the publication that it was a long shot but also noted that “it’s the only thing that I could imagine myself doing. If it’s not this, I don’t know what it is.”

Most of what he knows, Shah said, he learnt on the job, adding that it’s a good time to be an independent artist.

Shah, who draws inspiration from the likes of Billie Eilish, Bruno Mars and Freddie Mercury, also detailed the reason why he is always sporting a mask – It’s not just to build mystique.

“I started making music before I was wearing a mask. People were so focused on me being brown and the Indian aspect, it was always ‘terrorist, Muslim, blah blah.’ The focus was on the wrong thing,” he was quoted as saying. “It reached a part where nobody was paying attention to what I was saying, so I stopped showing my face and let people focus on the art and not me. The art, not the artist. Fans really latched onto it because people were able to relate to me without anything else outside of the music. My relationship with my fans has become strictly on the music, I wouldn’t have gotten without wearing a mask for the last 3 or 4 years.”

Shah has amassed a bevy of followers, especially after his 2020 release, “The Dark Ages.” On a community post on YouTube, he shared a photo of illuminated skyscrapers and explained the concept of the album.

“I took this picture a couple weeks ago admiring the city lights as always, thinking about how the last year has been one of the most difficult for me. I’ve had my highs, but I had so many more lows. The process this time around was different. I didn’t get a chance to internalize everything and then come back to write it into songs. This time, I wrote as I lived through it, so here are my thoughts. Here is where my mind is, in all its volatility, it’s been my comfort for months and now it’s yours,” he wrote.