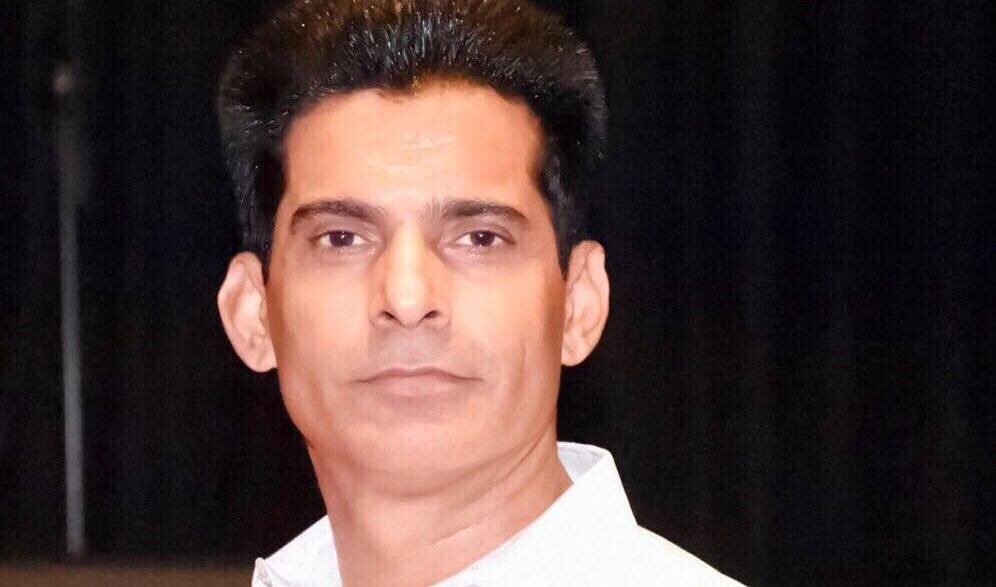 Indian American Bollywood stars promoter Rajender Singh has been working tirelessly for the past two months towards alleviating suffering caused by the coronavirus pandemic in India. (Facebook photo)

Back in March/April when India was in the clutch of a peaking devastating wave of the coronavirus, many Indian Americans mobilized – and continue to do so – to try and help save lives.

Indian American Bollywood stars promoter Rajender Singh is among those who are offering relief for Indians struggling with this deadly disease.

Singh, the CEO of Star Promotions, has been working tirelessly for the past two months towards alleviating suffering during this pandemic. So far, he has shipped 210 oxygen concentrators, 50 oxygen cylinders and dozens of oximeters to India.

One midnight call, one WhatsApp message and then came a steady stream of calls for help after he posted a message on a whim on his Facebook page that he was willing to provide Covid-related help to anyone in need, Singh told India-West.

The Houston, Texas-based entrepreneur, who was helping from the sidelines in 2020, decided to go full throttle after discovering that aid was slow to reach his native city of Sri Ganganagar in Rajasthan. People were in so much pain, he recalled. But soon he realized that not just his city, many smaller towns in Rajasthan and other states were scrambling to find help.

“I was getting calls from not just Rajasthan but also Haryana, Gujarat, Delhi and Punjab. Once the momentum picked up and the process got streamlined, one lead led to another since the need was so great,” Singh said.

Not just that, for the first time in his life, Singh told India-West, he has been leveraging his contacts – political/bureaucratic/entertainment – to help people find beds in hospitals, ambulances, medicines, and medical advice through experts based in the U.S.

“I’m so glad that through my contacts in the government – at the local, state and national level – doctors, celebrity friends and businessmen, I have been able to navigate this,” he told India-West, adding that it has been a choppy ride.

“Sometimes I had to make dozens of calls to secure a single bed in a hospital,” he recalled.

“The first thing I tell people when they call me is, ‘Don’t worry. It’ll be alright.’ That’s half the battle won,” he said. “In over two months now, I haven’t missed a single call from India. Currently, my life just revolves around finding ways to help people back home.”

In his 25-year career, Singh – who has deep connections with the Bollywood fraternity – has successfully organized over 125 concerts across the U.S. and about 12 internationally. Some of the high-profile stars that he has collaborated with include Amitabh Bachchan, Shah Rukh Khan, Anupam Kher, Deepika Padukone, Katrina Kaif, Aishwarya Rai, Preity Zinta and Kapil Sharma, among others.

Torn between two countries, Singh said like other Indian Americans he, too, was shook by the tragedy unfolding in India and, at times, was consumed by a sense of helplessness. But every life saved gave him strength to forge ahead.

But Singh also admitted that it was a team effort, adding that he was fully supported in his endeavor by Union Minister Arjunram Meghwal, Raghu Sharma, Health Minister of Rajasthan; and actors Sonu Sood and Anupam Kher.

“One time there was a dire need of oxygen concentrators. I called Sonu and requested his help,” Singh told India-West. “Almost immediately, he made arrangements for the delivery from Delhi. Another time, there was a requirement of two concentrators in Ajmer. Actor Anupam Kher made it possible through his foundation. My cousin who is the BMC commissioner in Maharashtra helped mobilize resources. I was in constant touch with Arjunram Meghwal and Raghu Sharma. This sort of coordination was only possible through everyone’s help.”

“Every family I talk to has been affected in some way,” Singh said. “As we begin our post-pandemic life in the U.S., I hope and pray that India is able to come out of this crisis soon. The situation has improved a little bit, but the need is far from over. I would urge people to help in any way possible. Together, we will be able to beat this.”

Even though he is not doing it for the accolades, his contributions are being recognized.

“Your gesture to extend necessary medical help & support from the USA to the native place in Rajasthan is worth appreciating,” Meghwal tweeted recently. “As a nation, we are proud of our Indian diaspora’s indelible mark towards strengthening our effort towards building #NewIndia.”