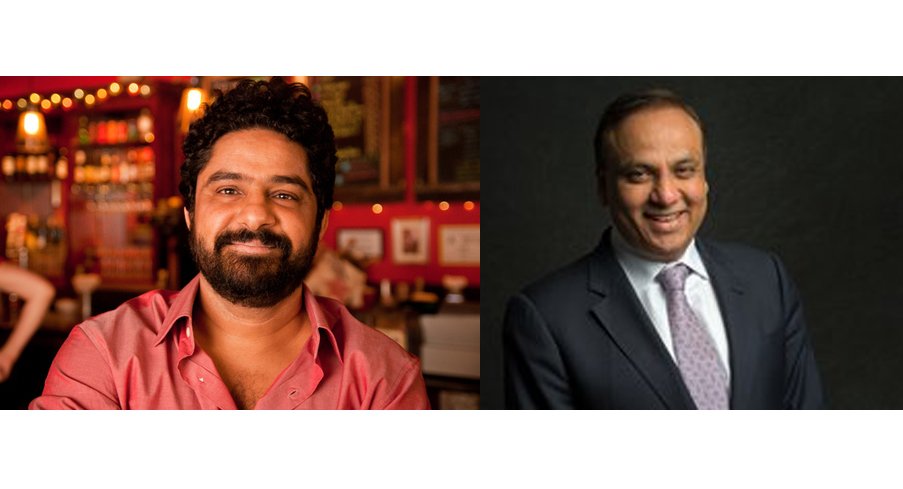 NEW YORK, NY – In the restaurant business, one of the most sought-after awards is to be recognized by James Beard Foundation. The awards recognize chefs, restaurateurs, authors, and journalists each year, scheduled around James Beard’s May 5 birthday.

In the Best Restauranteur category are two Indian Americans.

Ashok Bajaj is recognized “for his contemporary dining experience that his ten elegant restaurants offer in various locations of Washington DC.” Bajaj was born in Delhi and moved to Sydney and London before coming to the US and found the Knightsbridge group in 1989. His first restaurant was “The Bombay Club.” Bajaj is known to focus on service, value, ambience and hospitality. He has co-authored a cookbook titled ‘Rasika: Flavors of India” and has received other prestigious awards.

Ravi DeRossi of Overthrow Hospitality in New York after initially trying his hand at painting started investing and now has an empire of 15 bars and restaurants in Manhattan and Brooklyn and is still expanding. He likes to introduce vegan food in each of his restaurants. He grew up in Boulder, CO with his parents who had migrated from India.

In the Outstanding Restaurant category is Chai Pani in Asheville, NC. It is well known for its street food and all the crunchy, spicy, sweet, tangy brightly flavored snacks. Meherwan Irani and Molly Irani own this along with four other restaurants. Irani has been nominated four times earlier for Best chef in the Southeast for a James Beard award. He is known to present the décor, food and colors to mirror the place he is representing.

“Dhamaka” which opened in 2021 in NY makes the list in the Best New Restaurant category. It is owned by chef and partner Chintan Pandya and restaurateur Roni Mazumdar. It has been getting consistently good reviews for the dishes it offers.

In the category for best chefs are four Indian Americans.

Chef Srijith Gopinathan has been nominated for the Cal-Indian cuisine restaurant Ettan, in Palo Alto, CA. He grew up cooking with his mother and grandmother in Southern India and soon began experimenting by adding some European flavors to his cooking. Gopinathan has attended the Culinary Institute of America, Hyde Park, NY.

Also, in the Best Chef-CA category is Heena Patel of the restaurant Besharam in San Francisco. Her first restaurant serves Gujarati inspired food with locally sourced products and offers bistro-style seating in the patio that is kept warm with heaters.

Garland restaurant is the passion project of chef and rock guitarist Cheetie Kumar in Raleigh, NC. The seasonally driven menu is influenced by the flavors of India and Asia and have a Southern flair. Cheetie is a self-taught cook alongside her husband and business partner Paul Siler. Her name is in the Best Chef -Southeast list.

Niven Patel, Best Chef- South, has cooking and product experience from his culinary school and working in restaurants in Italy and FL. In 2016 he won a Star Chef’s rising star award and then decided to open his own restaurant in 2017 called “Ghee Indian Kitchen” in which he puts seasonal and contemporary ideas to combine with traditional Indian dishes.

The 2022 Restaurant and Chef Awards ceremony will take place in Chicago, Jun. 13.