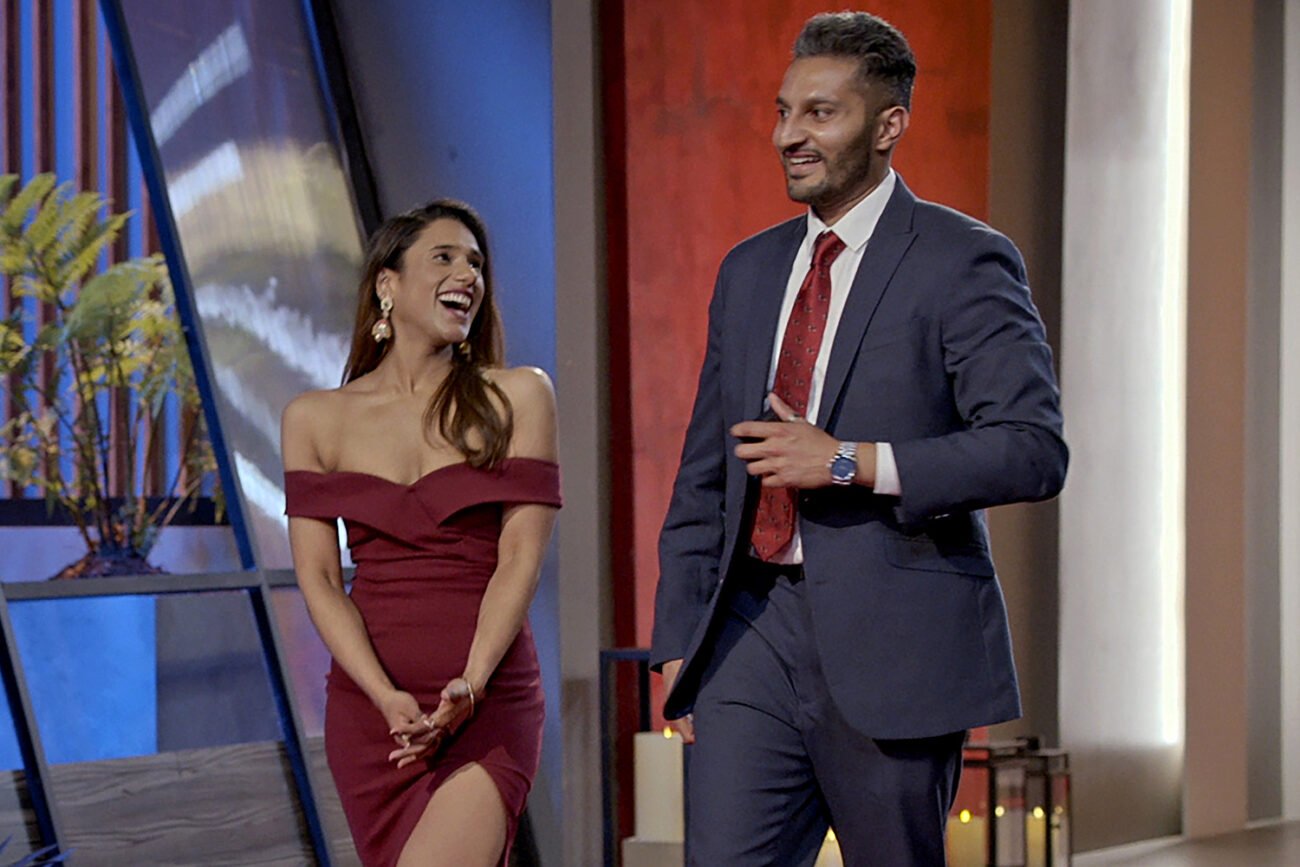 Deepti Vempati and Abhishek Chatterjee had uneasy moments through the show and Vempati chose to walk away from the wedding altar. (photo Netflix)

‘Love Is Blind’ is a dating reality television series that premiered on Netflix in 2020, as part of a three-week event. The second season featuring two Indian Americans premiered on Feb. 11 this year and concluded on Feb.25.

Deepti Vempati, 31, an information data analyst and 33-year-old Abhishek ‘Shake’ Chatterjee a veterinarian and DJ based in Chicago were all set to get married when walked away on the wedding day.

For the uninitiated, the series follows 30 men and women hoping to find love. For 10 days in a speed-dating format, the men and women date each other in different “pods” where they can talk to each other but not see each other. Whenever they decide, the men can propose to the woman they want to marry. After the proposal, and meeting face to face for the first time, the engaged couples head to a couples’ retreat in Playa del Carmen, Mexico. During this trip, they spend time getting to know their partners and meet the other couples participating in the experiment.

Following the couples’ retreat, the engaged couples move to the same apartment complex in Atlanta. While at the apartments, they all meet their partners’ families and explore their partners’ living conditions. On the day of the wedding, the engaged couples carry out wedding ceremonies and make their final decisions at the altar about whether to split up or get married, answering the question “Is love blind?”

Vempati explained her decision to US Weekly, saying, “I just don’t have room for anybody in my life that doesn’t see me in the best way. And who could even think those types of thoughts, I guess.” Through the series she is seen having mixed emotions about Chatterjee, and finally walking away at the altar. Viewers had also seen Chatterjee struggle, at one point even calling Vempati, his fiancée, an aunt and saying he felt no attraction toward her.

Earlier, their relationship had been defined by both of them being Indian even though both said they had never dated another Indian before.