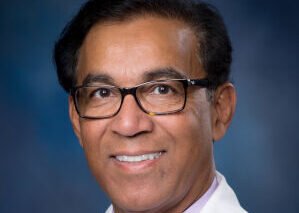 SANTEE, Calif. – A small plane crashed in a densely populated San Diego suburb Oct. 12, killing two people, including a UPS driver and the pilot, an Arizona physician, and leaving a trail of destruction that sent neighbors scrambling to save neighbors. At least two others were injured.

Neighbors described the dramatic rescue of a retired couple from one of two burning homes that were destroyed in Santee, a suburb of 50,000 people. Ten other homes were damaged.

Several vehicles, including the UPS delivery truck, were also torched.

“Not to be too graphic, but it’s a pretty brutal scene,” Justin Matsushita, Santee’s deputy fire chief, said as firefighters searched the smoldering ruins.

United Parcel Service of America Inc. confirmed one of its workers died.

“We are heartbroken by the loss of our employee, and extend our deepest condolences to his family and friends,” the company said. “We also send our condolences for the other individuals who are involved in this incident, and their families and friends.”

“As an outstanding cardiologist and dedicated family man, Dr. Das leaves a lasting legacy,” Dr. Bharat Magu said in a statement. “We extend our prayers and support to his family, colleagues, and friends during this difficult time.”

Das had been on staff at Yuma Regional Medical Center since 2005, Magu said in a statement. Magu called the father of two young sons an outstanding cardiologist and dedicated family man.

“Our community has lost an exceptional physician, colleague and friend, a man who dedicated his life and career to caring for patients,” Magu said.

Das was a licensed pilot and owned the plane he was flying. He lived in San Diego and commuted to Yuma, according to a website for the Power of Love Foundation, a non-profit he directed that helps women and children overseas who are infected or affected by AIDS and HIV.

The website said Das, the father of two boys, lived in San Diego and was the owner of a twin-engine Cessna 340 and an instrument-rated pilot who flew between his home and Yuma.

It was unclear how many people were aboard the plane, although fire officials say nobody aboard would have survived the crash.

The plane was heading in to land at Montgomery-Gibbs Executive Airport in San Diego when it nosedived into the ground. Shortly before, when the plane was about a half-mile from the runway, an air traffic controller alerted the pilot that the aircraft was too low.

Das was born to a Bengali family as the eldest of four siblings and grew up in Pune on the western coast of India, where he earned a medical degree from the University of Pune and worked as a cardiologist before moving to the United States, according to a biography on the website of the Power of Love Foundation.

He did additional training in Michigan and moved to Yuma in 2004, where he established a cardiovascular practice.

“In 2010, a fortuitous incident sparked an interest in general aviation,” and Das owned two planes, the foundation website said.

The plane was a twin-engine Cessna C340, according to the Federal Aviation Administration.

It was believed to be a private aircraft flying from Yuma to Montgomery-Gibbs Executive Airport in San Diego, Santee’s deputy fire chief said.

The crash happened about three blocks from Santana High School, which said on Twitter that “all students are secure.”

The FAA and the National Transportation Safety Board will investigate.