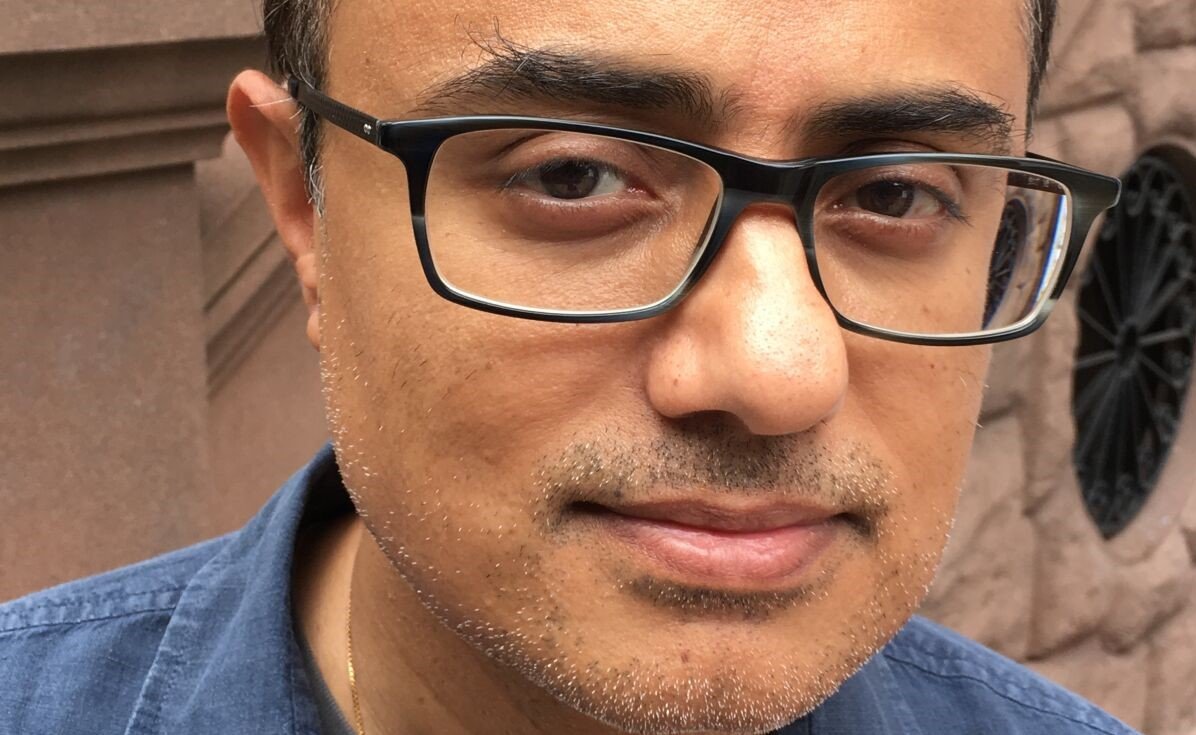 Indian American filmmaker Ashish Pant’s directorial debut, “The Knot” (“Uljhan”), which explores India’s caste system, will be screened at the Indian Film Festival of Los Angeles, set to run May 20-27. “Building protective barriers is not the way out but opening up and figuring out how we will co-exist is the only sustainable way forward,” Pant told India-West. (photo provided)

Shirish and Geeta, an upper middle class Indian couple in Lucknow, accidently run over a rickshaw driver with their car. The tragedy brings forth not just their differing reactions to the accident and the consequences of holding on to their beliefs but also reveals fissures in their own relationship. Through this young couple’s tale, Indian American filmmaker Ashish Pant explores the apparent chasm that exists – and has always existed – in India between the haves and have-nots.

Aptly titled, “The Knot” (“Uljhan”), Pant’s directorial debut – which will be screened at the Indian Film Festival of Los Angeles, to run May 20-27 – illustrates entrenched class structures which come with certain privileges or lack thereof but does not pick sides, ultimately letting the viewers take a hard look at things around them.

“I write about things that I am curious about exploring, things that I don’t have an answer for,” Pant, who teaches film at the College of Mount Saint Vincent and HB Studio, told India-West. “I hope that my personal interest and curiosity about the themes would carry me through the difficult process of making a film.”

The narrative, propelled by music, language and stellar acting/directing, follows Shirish as he attempts to move on, harnessing the invisible protections afforded to him by class structure, but Geeta’s guilt drives her to surreptitiously employ Manoj, the victim’s younger brother, intertwining two lives otherwise separated by class and power.

The small collision quickly turns into a dramatic suspense, spurred by greed, betrayal, and guilt, the noxious effects of grave inequality threatening to unwind the very fabric of each of their lives.

“‘The Knot’ is a film that explores the chasm of class by putting a lens on a marriage. It takes a seemingly innocuous decision that blows up into grave consequences, but it does so without taking sides,” Pant told India-West about the film that he also wrote. “At the end of the film, I hope the audience will empathize with the decisions of every character and yet wonder how those led to such dire results. These themes are explored through a suspense drama that I hope will keep the audience engaged throughout.”

While the film was shot in Lucknow, where Pant grew up and lived before migrating to the U.S., the narrative could occur anywhere, he said.

“Inequality is the issue of our times and I hope the themes of the film resonate with a wide audience,” said the New York-based filmmaker.

Pant, whose credits include short films such as “Green Is the Warmest Color,” “Cow Dung Cakes,” “Psychiatrist Breakup,” and “Byron Jones,” noted that a childhood incident sparked the idea for the film.

“When I was seven, my father had an accident with a scooter one afternoon in Lucknow. Within moments a crowd collected, and people banged on our car windows to come out. My father told us to keep the doors locked and stepped out of the car. That image and incident got burned into my memory and stayed with me.”

“With that image as a point of departure, I started to write ‘The Knot,’ (‘Uljhan’) to explore the distrust we have amongst ourselves and how that can affect the society that we live in,” Pant told India-West.

Ultimately, Pant said he hopes viewers can infer that “building protective barriers is not the way out but opening up and figuring out how we will co-exist is the only sustainable way forward.”

Kumar, also a dialogue coach, is known for his performances as senior inspector Rajat in “CID,” Major Prem in “Parmanu: The Story of Pokhran,” and ACP Khan in “Aarya.”

“In Vikas, I found the boy-like sincerity that Shirish demanded. When I met Vikas for the first time, I knew he was a person who reflected the desire to do something, and this was germane to Shirish’s character. We might not agree with Shirish’s methods, but we know that he is a hard-working, sincere man pursuing a dream,” Pant told India-West. “For Geeta, I wanted someone who was enigmatic and elegant. Saloni reflected that essence. When you look at her, you know there is a well there, but you don’t know what’s in it. She did so much with little said. There were several moments on set when we were all moved by her performance. I was lucky to work with them.”

The film is touring the festival circuit and earning accolades for its real, raw theme that needs to be told and showcased. But he had to undertake a long and arduous journey in order to arrive at this point.

“Making an independent film is a miracle and I am very fortunate that I have been able to make one,” he told India-West. “While I am the one representing the film here, the reality is I am one of the contributors to the film. It really takes a village to make a film and there are many people behind ‘The Knot’ (‘Uljhan’).”

The journey for “The Knot” began when Pant applied to Film Bazaar, the largest co-production market for South Asian Films by the National Film Development Corporation of India, in 2017. The script was one of 18 projects selected for the co-production market, where he met producer Kartikeya Narayan Singh, known for producing “The Firm Land,” “Anhey Ghorey da Dan,” “The Fourth Direction,” and “Soni.”

“I had seen Kartikeya’s work and admired it for its boldness. I met him at the co-production market at Film Bazaar and pursued him doggedly and thankfully he agreed to produce the film,” Pant said. “My other producer, Chris Zalla, was one of the first to read the script and say, ‘This is a movie’, and committed to helping me make it. The film would not have been made without their stewardship but reflects the hard work and commitment of the entire crew and the cast.”

The 19th edition of the festival, to be held virtually, features a total of 40 films, including 21 shorts, spanning 17 languages, with 16 women directors. For festival info, visit www.indianfilmfestival.org.