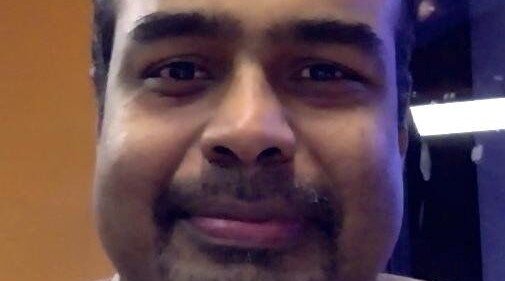 XPRIZE, one of the world’s leader in designing and operating incentive competitions to solve humanity’s grand challenges, sponsored by nonprofit venture philanthropy organization New Profit and in partnership with JFF, March 8 announced 10 teams, including one team led by Indian Americans, to the Qualified Teams round of the competition.

Among the 10 teams from 4 countries advancing in the $5M XPRIZE Rapid Reskilling competition was Ramji Raghavan-led and Ajay Sharda-led Pragya Systems.

The Cambridge, Massachusetts-based Pragya was founded with a vision of significantly improving the quality and relevance of higher education while reducing its cost. Pragya has launched a new class of higher education technology focused on dramatically simplifying the flow of information on and off campuses for students, faculty, administrators, alumni and employers, the company site explains.

On-campus enterprise campus systems do not provide uniform ways for information to travel to students struggling to feel connected, relevant and moving toward employment and careers. Campuses have very little insight into how their curricula maps to workforce needs, it said.

The Pragya solution is a logical extension of how information, discovery and analysis operate off campus in the consumer and commercial sectors — purpose-built to solve problems in educational institutions, it says.

Pragya is collaborating with some of the top higher education institutions in the world and backed by some of the best known ed-tech investors and advisers, the company added.

Launched in June 2020, XPRIZE Rapid Reskilling incentivizes teams to develop and demonstrate the effectiveness of rapid training and reskilling solutions for individuals most vulnerable to employment loss in the United States.

The solutions developed in this competition will reduce training time by at least 50 percent for occupations with a living wage and will be provided at no cost to the individual.

Qualified Teams will have approximately two months for solution development. During this time, teams will develop their novel technological solutions, create platforms, develop training curricula, and prepare themselves for the first phase of testing, according to the joint news release.

A $1,500,000 Grand Prize will be awarded to the most innovative and practical solution that offers an unprecedented pace of training, limits cost barriers on vulnerable populations, and helps individuals in this current economic crisis and beyond. Two Runner-Up Award winners will split $500,000, it said.

“I am energized by the number of great teams who entered the competition and thrilled to announce the Qualified Teams who will go on to compete for the grand prize. We invited stakeholders to reimagine the entire work process, focus on those with low wage jobs who are at higher risk of losing their livelihood and provide a pathway to the growing segment of the job market,” Ansari added. “Alongside New Profit, we’re proud to invest in the American labor market and better prepare workers for the digital revolution.”

The best solutions, if adopted on a nationwide scale, have the potential to transform the way workers train for more than 12 million jobs.

Qualified Teams were selected among 118 teams from 20 countries following an independent judging panel’s assessment of the teams’ choice of occupation, viability of proposed solution and methods of worker engagement.

The 10 chosen Qualified Teams will be evenly splitting a Milestone Prize purse of $1,000,000, the release said.

XPRIZE and New Profit have also collaborated to appoint a panel of subject matter experts, employers and big-picture thought leaders to serve as the Advisory Board for XPRIZE Rapid Reskilling, it said.

The Advisory Board will remain in place throughout the competition to make connections, assist with strategic guidance, amplify the prize, and offer innovative advice.