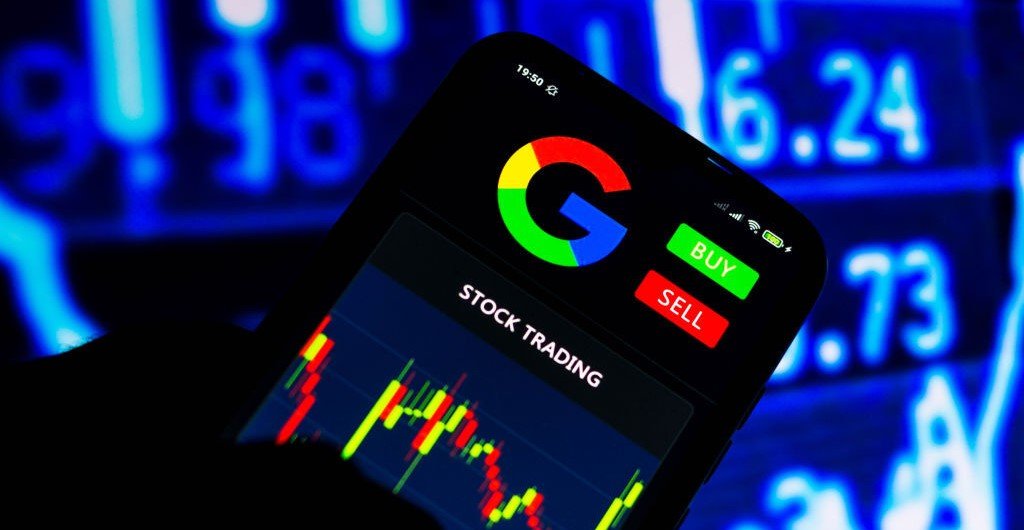 In this photo illustration the stock trading graph of Google is seen on a smartphone screen. Dhruv Krishnan’s algorithm simplifies the process of navigating the stock market. (photo illustration by Rafael Henrique/SOPA Images/LightRocket via Getty Images)

An Indian American high schooler in Tampa, Florida, is on the fast track to a bright future, as his creation of an algorithm that assists with smart investing is turning heads.

Dhruv Krishnan, 18, learned about the stock market from his grandfather, who taught the teen about the market’s highs and lows when he was just 5 years old, according to a Tampa Bay Times report.

“All I did then was read and play with action figures, but I would always hang out with my grandfather,” Krishnan told the Times. “And that was what he did in his spare time.”

While Krishnan’s mother devoted her career to cancer research and his father to law, the boy couldn’t shake his passion for finance, showing interest in coding, as well as to cash, according to the report.

In middle and early high school, he questioned why stocks rarely benefit everyday people or organizations such as “charities, hospitals and nonprofits,” he said in the report.

Krishnan pondered what the deeper meaning to trading could be. So, he devoted late nights in 9th and 10th grade to creating a stock market algorithm, or a series of instructions that tell a computer how to complete a specific task, the report said.

He wrote it in the hopes of maximizing return on investment for people the market leaves behind, it added.

Many people lack the time or financial knowledge to navigate stocks, he told the Times. The algorithm simplifies the process for them. It introduces the prospect of investing a sum based on an individual’s goals and risk tolerance, and then actually seeing that money grow, it said.

And it eliminates the need to turn to an investment company that charges fees. Instead, the person putting down the funds is the one firmly in control, the report adds.

“Having a system that can produce money for you, essentially, gives you the power to help the community,” Krishnan told the publication.

His creation predicts movement in different stock market sectors, like telecommunication, energy and real estate. When he tested the algorithm in a simulation of the 2012 market, he made a 138 percent return on the investment for the year, it noted.

In late May, the Tampa Bay Business Hall of Fame honored Krishnan for his achievements with its first Future Hall of Famer Award, the report noted.

According to his mother, Sadhana Ginde, after homework, Krishnan read up on math and economics, including textbooks on calculus-based financial modeling by mathematician Steven Shreve. YouTube videos and online courses helped him learn programming languages with relative ease, the report said.

Ginde’s son leaves for Carnegie Mellon University this month to take advantage of its leading computer science program. There, he will await the approval of two patent applications on his algorithm and its potential applications, the report said.

If all goes as planned, his algorithm will pair with a phone app and a smart device, named Kirby, that provide advice and assistance.

“You could ask [Kirby] questions,” Krishnan explained. “Like what are my goals for the future? What style of risk do I want to use? How much should I invest?”

The phone application would function as an automated investing service or offer projections of investors’ existing stock portfolio. It may even churn out an analytical report, the Times said.

“When investing stock on your own, there’s a lot of risk involved. This is supposed to provide them with a strong foundation and less worry,” Krishnan elaborated to the Times.