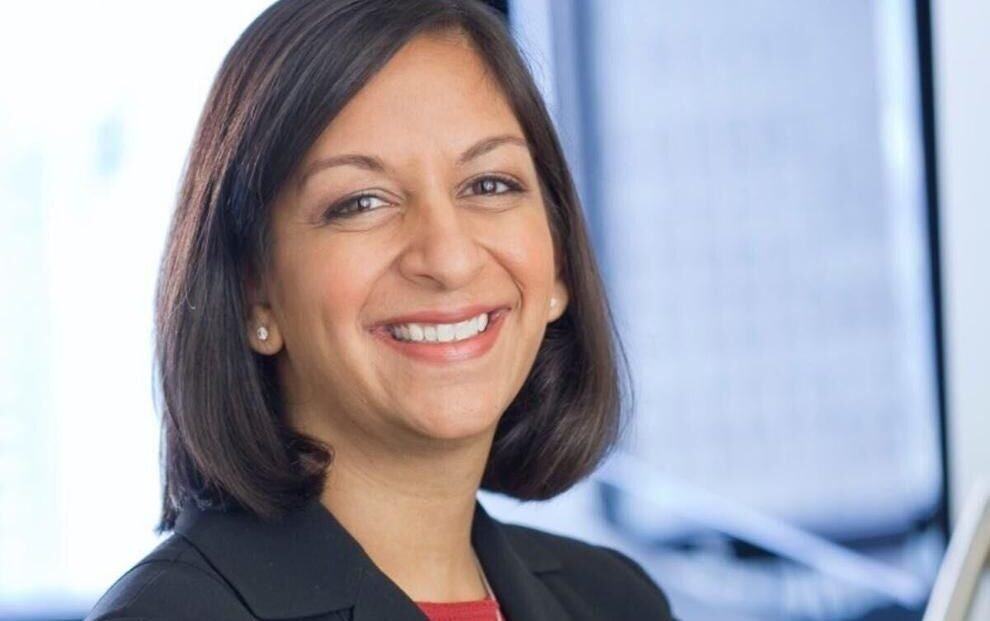 Judge Sarala Nagala was confirmed to the U.S. District Court of Connecticut by a 52-46 vote in the U.S. Senate. (LinkedIn photo via shethepeople.tv)

Two new federal judges for Connecticut have been confirmed by the U.S. Senate including Indian American prosecutor Sarala Nagala, who will become the first person of South Asian descent to serve on the federal bench in the state, reports AP from Hartford, Connecticut.

Nagala, an assistant U.S. attorney in Connecticut who focused on hate crimes, human trafficking and child exploitation, was confirmed on a 52-46 vote Oct. 27.

On Oct. 28, the Senate confirmed state Judge Omar Williams, a former public defender, to fill another federal judge vacancy, also on a 52-46 vote.

President Joe Biden nominated the judges based on recommendations by U.S. Sens. Richard Blumenthal and Chris Murphy, both Connecticut Democrats.

U.S. Senators Chris Murphy (D-Conn.) and Richard Blumenthal (D-Conn.) applauded the confirmation of Nagala to fill a vacancy on the U.S. District Court of Connecticut.

“Sarala Nagala brings a deep understanding of the criminal justice system to the federal bench, and I was proud to vote to confirm her nomination as a judge for the District of Connecticut. Her years as a federal prosecutor and commitment to her community will prove invaluable to this new role. I’m glad to see her confirmed by the full Senate,” said Murphy.

“Today’s bipartisan confirmation of Sarala Nagala is a testament to her commitment to public service and fidelity to the rule of law,” said Blumenthal. “Her experience as a federal prosecutor fighting the evils of human trafficking and hate crimes will have an immediate impact on our federal bench, where she will now serve as the first Article III judge of Asian and South Asian descent in the District of Connecticut. As a member of the Senate Judiciary Committee, I’ve been proud to champion her nomination alongside my colleague Senator Murphy.”

In July, Murphy and Blumenthal introduced Nagala before her Senate Judiciary Committee hearing.

Nagala is an Assistant United States Attorney and Deputy Chief of the Major Crimes Unit in the United States Attorney’s Office for the District of Connecticut. In the U.S. Attorney’s office, she has concentrated on hate crimes and crimes relating to human trafficking and child exploitation; she serves as the U.S. Attorney’s Office Hate Crimes Coordinator, Human Trafficking Coordinator, and on the Connecticut Bar Association’s Human Trafficking Subcommittee.

Nagala worked as a law clerk to Judge Susan Graber of the United States Court of Appeals for the Ninth Circuit, and received her undergraduate degree from Stanford University and her Juris Doctor from the University of California at Berkeley School of Law.