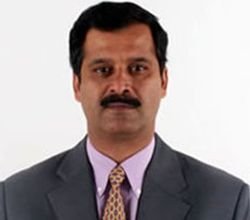 Eyes Open International, led by Indian American Harold D’Souza, announced it has appointed Ivan A. Fernandes to the advisory board.

Fernandes, promoter and managing director of Regent Technologies Limited, is a serial entrepreneur with a demonstrated history of several successful IT companies with solution deployments for Banks and Government for over three decades.

“While we boast of living in a technologically advanced 21st century, it is a shame that we are still unable to guarantee the basic human rights where desperate humans looking for greener pastures are lured into becoming slaves under the ambiguous gambit for providing them a dream job,” Fernandes said in a statement.

Added co-founder and president D’Souza: “The two things that defines inspiring Ivan A. Fernandes is his determination when he had nothing and his humble attitude when he is blessed with everything”.

Additionally, Eyes Open International has appointed Deepak Acharya, chief executive officer of INOX India; and Yvan Demosthenes, CEO of HamiltonDemo in the United States of America, to the advisory board.