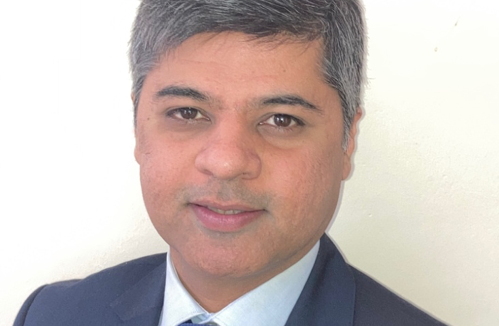 Kewlani, a New Delhi native, is part of a project that has been conferred the prestigious NSF I-Corps Teams Award.

He serves in a leadership role at SoftWorthy, the U.S. start-up whose team has been presented with the award by NSF, in recognition of an innovation that will help design reliable, next-generation electronic devices, according to a news release.

Founded in 2020, SoftWorthy develops cutting-edge scientific computing and data analysis tools that address complex engineering problems in the industry. The company is led by a team of Indian engineers trained at the Massachusetts Institute of Technology and Harvard University.

Kewlani, also a core contributor to the project, currently guides the team on issues related to IT systems and IT security. He also serves in various leadership roles in the IT sector, where he advises government and industry bodies in matters of IT and information security, the release adds.

SoftWorthy’s award-winning project focuses on developing state-of-the-art computational methods for ‘stochastic modeling, design simulation and sensitivity analysis’ of electronic devices like printed-circuit-boards, which are critical for the growth of novel technological applications like driverless vehicles and energy efficient smart buildings.

“We are honored to receive the NSF I-Corps Teams award. PCBs have become an essential foundation of today’s electronic products and industrial technology, and the algorithms developed by our team will eventually lead to more robust, failure-resistant PCBs that can operate in uncertain environments,” Kewlani said in a statement.

“These algorithms will also reduce the PCB design-time due to the advanced innovative techniques used. The team believes the research algorithms will have a wide-ranging impact in a multitude of fields undergoing technological revolution. The commercialization efforts will provide key breakthroughs in transportation and energy domains, and the NSF I-Corps Teams program will be a great step in this direction for us,” he added.

The NSF created the I-Corps program in order to promote scientific advances in the United States, reduce the time and risk associated with translating promising ideas and technologies from the laboratory to the marketplace.

The program supports the commercialization of deep technologies revolving around fundamental discoveries in science and engineering.

All NSF I-Corps applicants and their research proposals are evaluated through the use of three National Science Board-approved merit criteria, namely, intellectual merit, broader impact of the proposed research and the team’s ability to take the research to commercialization, the release said.

Prior to receiving the NSF I-Corps Teams award, their project was supported by the MIT Venture Mentoring Service I-Corps Flex program.

SoftWorthy is also working on using the algorithms for performing better medical device design simulations, which will help develop robust point-of-care devices faster, which is of major significance given the current pandemic.

“It has been a great privilege to contribute my training in IT systems towards a social cause that will help others in need. The next-generation diagnostic devices developed using our simulation tool can play a crucial role in rapid short-term response to control spread of infections, and enhance long-term access to primary healthcare, thereby significantly improving public well-being, particularly in resource constrained settings,” Kewlani said.