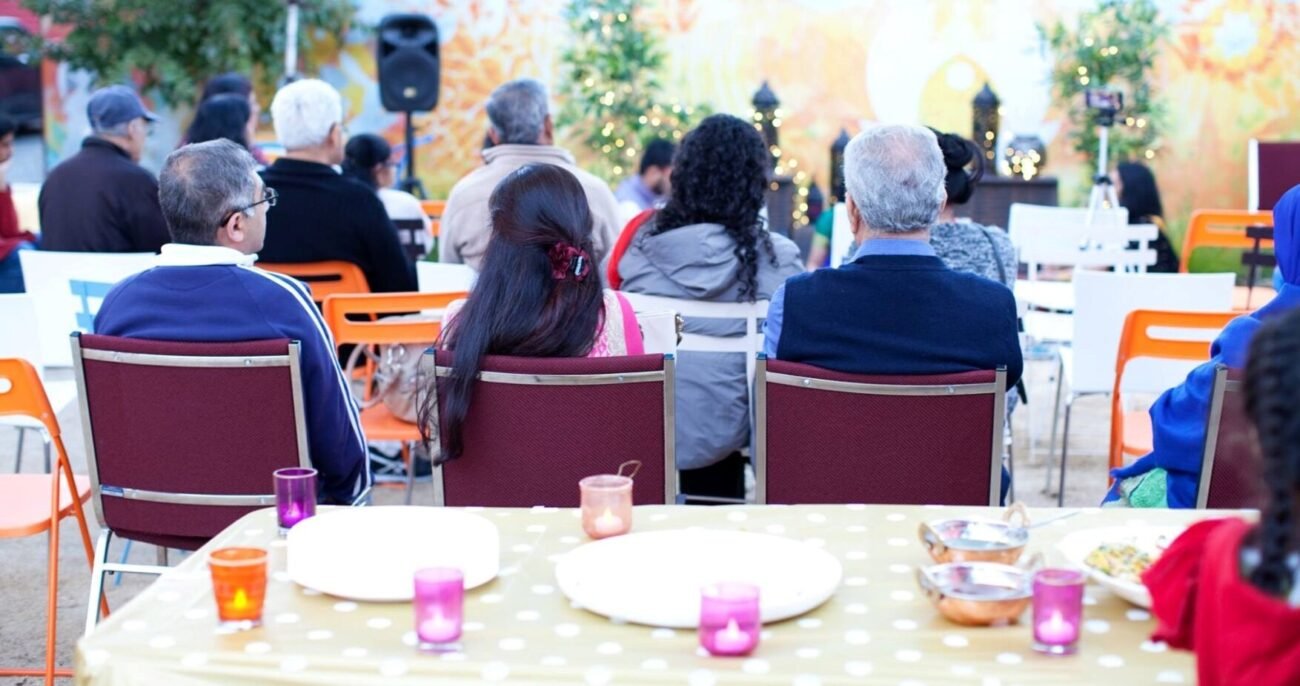 COVID Networks has engaged with Indian American seniors at Fremont’s Priya Living senior community, where they conducted a virtual museum tour with the residents. (Representational image of seniors at Priya Living/Facebook photo/Priya Living)

An organization led by a diverse group of individuals, including two Indian Americans, based out of Boston, Massachusetts, is helping the senior community avoid isolation during the COVID-19 pandemic, which has put a halt to societal norms for more than a year.

COVID Networks, founded by Indian Americans Sivansh Chitti and Pranav Eranki, along with Alexander Wang and Lawrence Fan, is a student run organization that is dedicated to preventing COVID isolation within senior communities.

As an organization, COVID Networks has not only created relationships with several senior centers all over the United States, but it has also built up a community in and of itself.

COVID Networks is a certified 501(c)(3) organization, making it one of the few federally certified non-profits run by students in the New England area, according to the company’s CMO, Nick Xanthopoulos.

“Some of our recent endeavors included hiring a Donation Management Service, which, as a member of the executive board who was having these meetings almost every day, was tiring,” Xanthopoulos told India-West.

The company’s executives said they have been subjected to attempted manipulation by other organization heads and condescending language just because of their age.

“It has certainly been challenging, however, these circumstances have taught us to be assertive and have taught us so much about public relations,” Xanthopoulos continued. “We’re learning something new every day, and we’re hoping that the skills that we develop while running this organization will help us in the future.”

Xanthopoulus started out as co-president of the New England chapter, but apparently did not really enjoy the job. He was in charge of a team that was basically self-sufficient.

He “felt out of touch with the organization,” Xanthopoulos explained to India-West, leading him to step down from his position for a short while to become a volunteer.

“I consider my time as a volunteer life-changing,” he said.

“During my first meeting with a senior, I was almost reluctant and my finger was hesitant to press ‘join meeting.’ As soon as I clicked that button, my perspective changed.”

“The wisdom and thoughtfulness that these people offered made the meetings more therapeutic for me than it was for them. I was joining meeting after meeting and I was having so much joy doing so,” adding, “The purity and calmness of the seniors was amazing to me, and I knew I wanted to move up in this organization so that I could widen the scope of our service.”

The founders said they were inspired to start COVID Networks when they realized from some personal anecdotes of friends that senior relatives were being isolated in living facilities.

“Even those who lived with the family or lived alone could definitely benefit from some added interaction during this time,” Xanthopoulos noted to India-West. “We wanted to help our elderly, at-risk community in a safe virtual fashion, and decided we could connect fellow students, who undoubtedly had more free time on their hands, with seniors through games, one-on-one conversations, yoga sessions, and other scheduled activities,” he said.

The organization officially launched in September 2020. Since then it has grown rapidly with hopes of continuing to do so.

At time of press, COVID Networks has served more than 23,000 seniors in 170 centers across the country.

“Studies have shown that suffering from isolation as a senior is as damaging to one’s health as smoking 15 cigarettes a day,” Xanthopoulos noted. “Not only does it benefit seniors when you take time out of your day to speak with them, but it’s also an unparalleled learning opportunity,” adding that over 40 percent of seniors suffer from chronic social isolation, and this number has only been exacerbated by the pandemic.

Beyond senior centers, COVID Networks has grown through city partnerships, pen pal services, cards, theater performances, and a lot of the other events the organization offers.

Internationally, it also finds interest in individual conversations, and international volunteers have served over 3,000 seniors, largely through the Middle East, Europe and India.

The initial focus was through one-on-one discussions, but after receiving

requests for seniors for other events, the founders quickly found success focusing on more group-oriented activities.

“Our events actually start with the volunteers that we find. We have volunteers from around the world that are passionate about so many different things,” he added.

Going forward, COVID Networks hopes to expand its impact as much as possible and help as many people as it is able.

“To do this, we are looking to expand our reach to refugees, the homeless, and the terminally ill,” Xanthopoulos shared with India-West. “We initially operated from a global perspective, having an executive team that spanned the country and managed senior-volunteer interactions on a national scale. However, during the October-November time frame, our organization picked up steam and skyrocketed from a little under 200 volunteers to almost 1,500 volunteers by the beginning of December, largely in part to our improved website and SEO, outreach efforts, city partnerships and more,” he said.

To manage this growth, the organization was split into chapters, which operate with one-to-two presidents, an outreach team, an internal affairs team, and a PR team.

Chapters are mostly state-based within the U.S. and are country-based internationally. The organization forms partnerships between senior centers, hospitals, orphanages and other at-risk communities and volunteer organizations within each chapter, facilitating interactions on a weekly schedule.

“We are working on expanding these chapters to help further the reach of our organization,” he said.

COVID Networks is just a small portion of the solution. “Every single person can make a difference – just reach out to those around you. Apart from what you can learn from seniors, who have lived their life to the fullest, you can make a genuine impact in the community around you and help those who built our community. It’s noble, engaging, and a great way to use your time.”

More information can be found at www.covidnetworks.org.