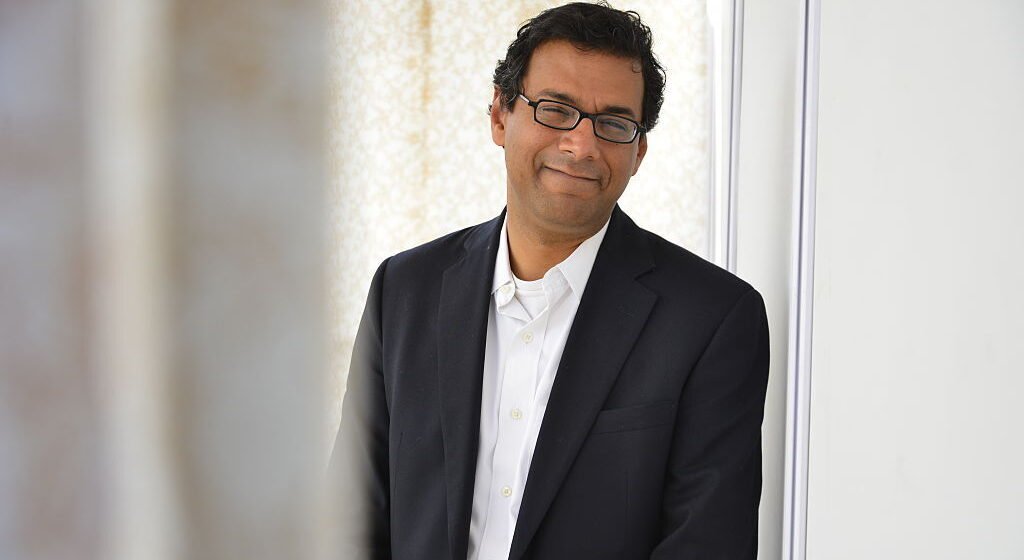 Atul Gawande, surgeon and author of “Being Mortal,” poses for a profile shoot at the ZEE Jaipur Literature Festival on Jan. 23, 2016 in Jaipur, India. (Priyanka Parashar/Mint via Getty Images)

President Joe Biden July 13 announced 11 appointments for key roles within his administration, including that of renowned physician Atul Gawande as Assistant Administrator of the Bureau for Global Health, United States Agency for International Development.

A Reuters report quoted an unnamed White House source who said Gawande’s role at USAID will focus on efforts to prevent child and maternal deaths, control the HIV/AIDS epidemic, and combat infectious diseases.

Gawande is a professor of surgery at Brigham and Women’s Hospital, and at Harvard Medical School. The physician is also a professor of Health Policy and Management at the Harvard T.H. Chan School of Public Health.

He is also the founder and chair of Ariadne Labs — a joint center for health systems innovation at Brigham and Women’s Hospital and the Harvard T.H. Chan School of Public Health — and of Lifebox, a nonprofit organization making surgery safer globally.

A Harvard Web site profile noted that Gawande’s work focuses on problems at the intersection of surgery and public health, including errors in surgery, establishing its frequency and seriousness and revealing underlying mechanisms. A newer area of research concerns the current state of care in developing countries for illness requiring surgery or other high technology interventions.

The Indian American physician — who previously served as a senior advisor in the Department of Health and Human Services during the Clinton Administration — is a prominent advocate for medical reform, including cutting out what he calls unnecessary care, such as unwarranted surgeries which he believes wreak havoc on the patient and the health care system at large.

A frequent contributor to The New Yorker magazine and author of four books, he has served on the frontlines of the COVID-19 pandemic. Last year, he co-founded CIC Health, which operates COVID-19 testing and vaccination nationally, and enabled the protocols developed at CIC Health to be used at mega vaccination sites, such as stadiums.

Gawande was also a member of the Biden transition COVID-19 Advisory Board.

At a recent press conference organized by Harvard University, Gawande said that vaccines alone would not lead the world out of the pandemic, especially as new variants, including the Delta variant, become more aggressive.

He has also spoken about the urgent need to vaccinate the world. “We have gone big to vaccinate the U.S. We need to undertake exactly such an effort abroad: an all-out response for an all-in global vaccination campaign.”

“We have the production know-how, the logistics expertise, and the ability to rally the world,” said Gawande in a tweet.

Gawande could not be reached for comment by press time July 14 afternoon. In a July 13 tweet, Gawande responded to the nomination, writing: “I’m honored to be nominated to lead global health development at USAID, including for COVID.”

“With more COVID deaths worldwide in the first half of 2021 than in all of 2020, I’m grateful for the chance to help end this crisis and to re-strengthen public health systems worldwide,” he said.

As tributes poured in over social media, Gawande was also jokingly reminded that he had told Stanford graduates in a 2021 commencement address to “Say yes to everything before you’re 40, and say no to everything after you’re 40.”

“In your formative years, you don’t know — you can’t know — what will ultimately matter to you; what will grab you by the shoulders and awaken you and stay with you. So you have to be open to trying stuff — to saying yes,” said Gawande, as reported by The Stanford Daily.

Gawande is the winner of two National Magazine Awards, AcademyHealth’s Impact Award for highest research impact on health care, a MacArthur Fellowship, and the Lewis Thomas Award for writing about science.

Gawande earned his undergraduate degree in 1987 at Stanford University, then studied at Oxford, before moving on to Harvard, where he earned his medical degree in 1995, and his Masters in Public Health in 1999.