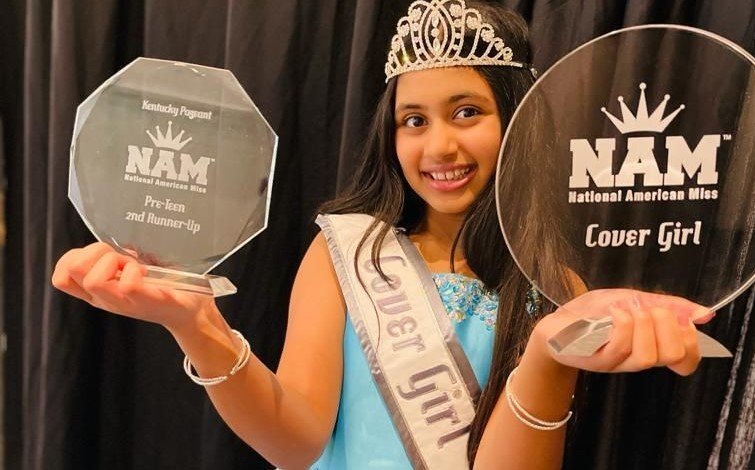 The National American Miss competition named winners of states across the U.S., with an Indian American pre-teen taking the Kentucky crown.

All told, the daughter of Raj Hedau and Rachana Pandey won 11 awards in various categories, among them a trip to the national pageant, to be held in Orlando, Florida, this November.

Among her other honors included winning the talent competition and best thank-you note, while being named the runner-up in the actress competition, top model search competition, casual wear model, spokes model, art contest and Miss Spirit Heart of Service.

Each year, the NAM pageants — held in each state for girls 4 to 18 years old — award $1.5 million in cash, scholarships and prizes to recognize and assist the development of young women nationwide.

NAM pageants are for “Today’s Girl” and “Tomorrow’s Leaders,” the release notes. The pageant program is based on inner beauty, as well as poise, presentation, and offers an “All American Spirit” of fun for family and friends, it said.

Emphasis is placed on the importance of gaining self-confidence, learning new skills, learning good attitudes about competition, and setting and achieving personal goals. The pageant seeks to recognize the accomplishments of each girl while encouraging her to set goals for the future.