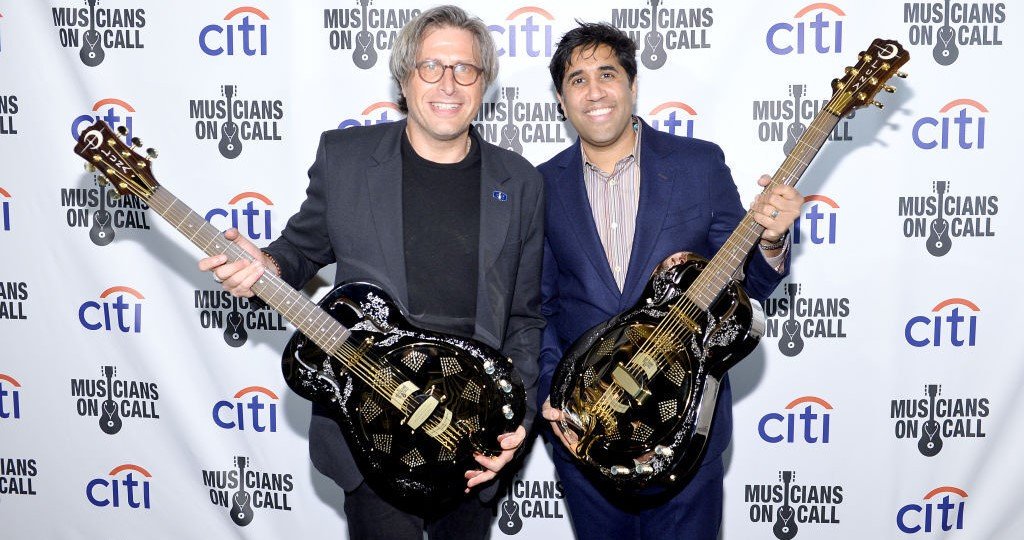 Indian American producer Vivek J. Tiwary is over the moon, thanks to his win at the 63rd Grammy Awards.

At the 2021 Grammy Awards March 14, the award for the Best Musical Theater Album went to the Broadway hit, “Jagged Little Pill.” Tiwary is one of the producers of the musical, which is based on Alanis Morissette’s classic album.

“I’m ETERNALLY GRATEFUL that the Grammys were virtual this year, and I had to join from home — because this is how it went down when we won Best Musical Theater Album for @JaggedMusical! TY @RecordingAcad @AtlanticRecords @Alanis @GlenBallard @JaggedMusical family + all our fans!” Tiwary wrote on Twitter alongside a video that showed him dancing with joy with his two kids.

Towards the end of the clip, his daughter can he heard congratulating him. “You did it, daddy,” she exclaims.

Tiwary is an award-winning producer of narrative entertainment from groundbreaking Broadway shows to genre-defining immersive experiences, a media financier/investor, and a No. 1 New York Times bestselling author. He is the founder of Tiwary Entertainment Group.

In the past, Tiwary has either been a financier or a producer on productions which include Green Day’s “American Idiot,” “A Raisin In The Sun,” “The Addams Family,” “A Little Night Music,” and both of Mel Brooks’ musicals, “The Producers” and “Young Frankenstein.” Combined, these productions have won 25 Tony Awards and 59 Tony nominations, according to his website.

His graphic novel, “The Fifth Beatle,” won numerous literary awards, including the Will Eisner Comic Industry Award and two Harvey Awards. It is a Lambda Literary Finalist for Best LGBT Graphic Novel and has been added to the Rock and Roll Hall of Fame Library and Archives. It is being adapted into a TV series for which Tiwary is writing and serving as executive producer.