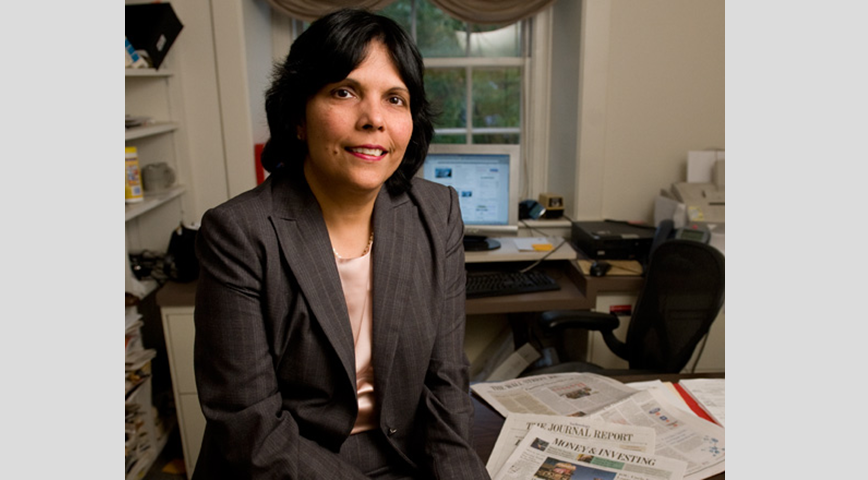 WASHINGTON, DC – More than a decade after providing seed capital to establish a financial markets and policy center at the McDonough School of Business at Georgetown University, Michael G and Robin Psaros are committing $11 million to build the Psaros Center for Financial Markets and Policy.

The gift builds upon years of collaboration between Michael Psaros and his mentor Reena Aggarwal, Robert E. McDonough Professor of Finance, and director of the center.

Aggarwal and Psaros first met as professor and student in the 1980s. Psaros said that the ways in which Aggarwal taught complex concepts, rigorous analysis, and logic had a profound and lasting impact that opened up the interconnectivity of politics and policy on finance and business to him.

“I am very grateful to my mentor, Dr. Reena Aggarwal—one of the great minds in finance globally—for providing me with encouragement and support for nearly 35 years, since I was one of her students,” Psaros said. “Dr. Aggarwal believed in me before I believed in myself.” 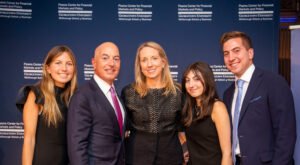 After Psaros graduated and made a distinguished career in finance as co-founder and managing partner of KPS Capital Partners, a leading global private equity firm, he became involved in Georgetown leadership, and he reconnected with Aggarwal over their shared interests.

“Mike was always interested in finance and policy,” said Aggarwal. “That goes back to when he was a student, and it has continued ever since. He understands both sides: why financial markets are important, and how policy can play a significant role.”

When Aggarwal became interim dean and then deputy dean of Georgetown McDonough, she interacted with Psaros frequently through his work on the Board. She regularly invited Psaros to speak with her students about his firm’s constructive investing activities to drive transformational change of manufacturing companies.

Then, the financial crisis of 2008 hit, and the epicenter of financial policy decision-making moved from New York City to Washington, D.C. In the immediate aftermath, Aggarwal saw a need for leadership and expertise that Georgetown should meet.

“There was a real leadership void for the financial sector,” Aggarwal says. “Regulators were very busy trying to figure out what to do with this financial crisis and executives at financial firms were trying to lay low because they were getting the blame. It seemed to me that it was our responsibility at Georgetown to step up and fill this leadership void.”

She approached Psaros with her plan to create a center for unbiased expertise in financial markets and policy, and he provided the seed capital to make it possible. Psaros was thrilled to be part of the center’s creation.

Aggarwal is a longtime professor at Georgetown. After graduating from the Birla Institute of Technology and Science, Pilani, she got her doctorate from the University of Maryland.