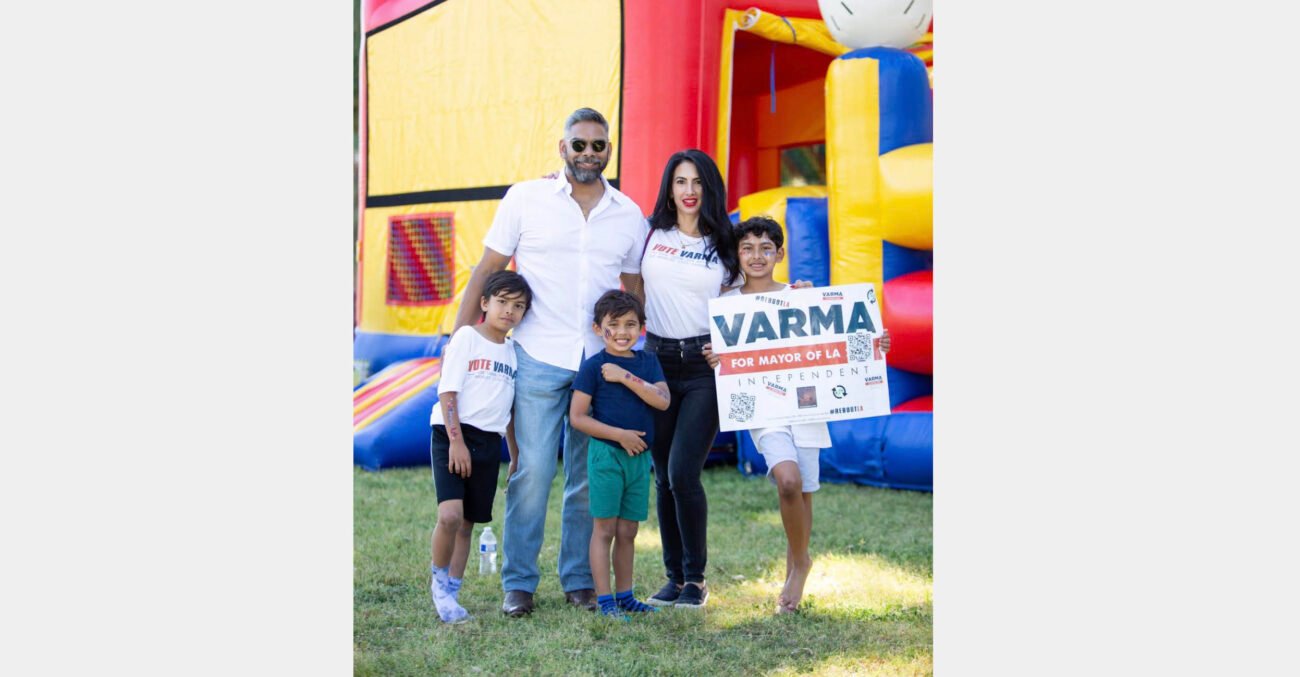 Varma, whose candidacy as an independent did not gain too much traction, had put in $4 million of his own cash into the campaign. His platform included promises to end homelessness, crime, and wealth inequality.

The tech businessman announced his candidacy in October 2021 at a mega event held at the Banc of California Stadium. While that drew eyeballs, in the months that followed, there was no voter recognition.

Varma had recognized the uphill challenge and had pegged himself as ‘A New Kind of Mayor’ even as he criticized outgoing Mayor Eric Garcetti for the problems the city faced. Dropping out, Varma said, “As an outsider, I knew this journey wouldn’t be easy, but I was willing to fight for what I believe the city of LA needs.”

The Indian American while pulling out of the race, endorsed and appeared with candidate Rick Caruso at the luxury mall, The Grove in Los Angeles on May 23. Varma’s campaign website now bears an image of the endorsement. Polls and media reports indicate Caruso, the billionaire real estate mogual and Karen Bass are ahead in the race to replace Garcetti.

Voters have already received the ballots by mail bearing Varma’s name and their votes for him, as per rules, will be counted. The top two vote-getters in the June election will advance to a November runoff unless a single candidate receives more than 50% of the vote and wins outright.

Varma is a co-founder of Revolution Prep, which is one of the largest test prep companies in the country. Former Mayor Antonio Villaraigosa had hailed the company for lending a hand in raising inner-city SAT scores by an average of 230 points. Varma graduated with an engineering degree from the University of Maryland in 1996 and got his MBA from UCLA in 2002. Prior to founding his company, he worked at Citibank and Deloitte Consulting.