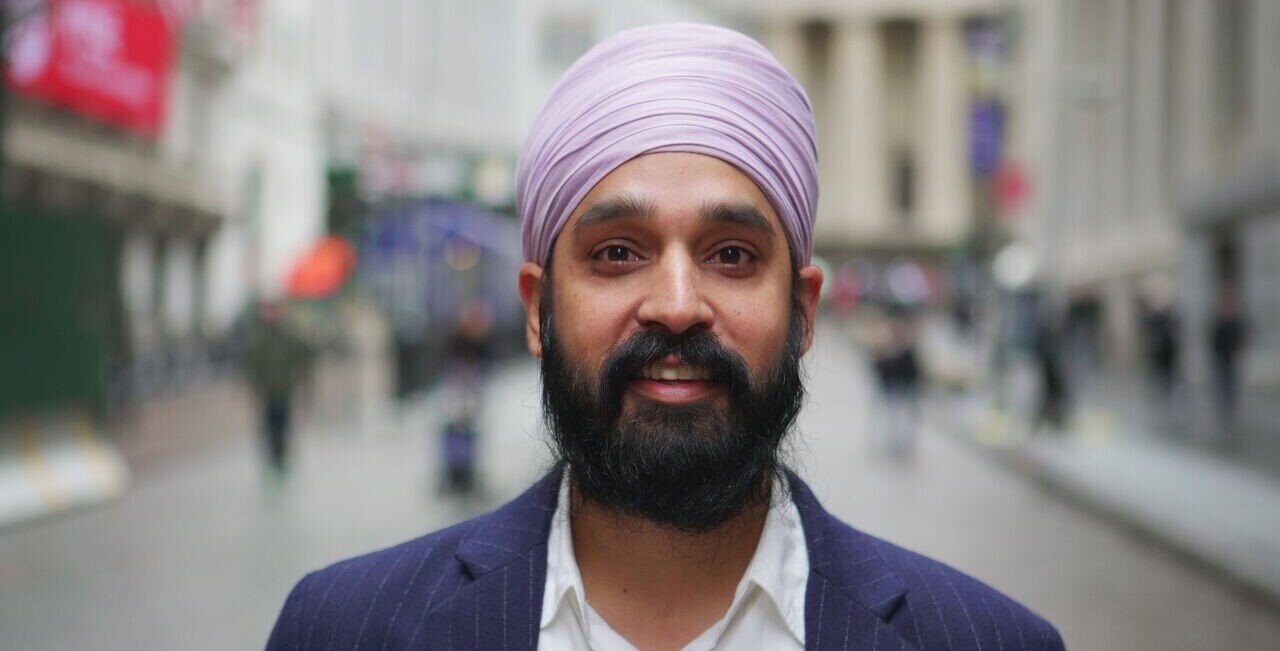 Author/activist Simran Jeet Singh’s book on the British marathon runner of Indian descent, Fauja Singh, is among the recipients of a Christopher Award. (simranjeetsingh.org photo)

Indian American Sikh author/racial justice activist Simran Jeet Singh and British Indian illustrator Baljinder Kaur’s book on Fauja Singh, the 110-year-old British marathon runner of Indian descent, is among the films, TV programs and books that have been honored with a Christopher Award.

With a message about appreciating people who look different from us, the book for ages six and up, “Fauja Singh Keeps Going,” has won the award in the Books for Young People category. The book shares the true story of the Sikh man who, despite being disabled as a child, became the first person over the age of 100 to complete a marathon.

From the heroism of front-line workers during the height of the COVID-19 pandemic to stories of black patriots during the American Revolution to a “General Hospital” star’s struggles with mental illness, the 22 films, TV programs, and books for adults and young people being honored with Christopher Awards in the program’s 72nd year highlight the life-changing power of facing hardships with hope, courage, determination, and faith, said the awards.

The Christopher Awards were created in 1949 to celebrate writers, producers, directors, authors, and illustrators whose work “affirms the highest values of the human spirit” and reflects the Christopher motto, “It’s better to light one candle than to curse the darkness.”

“The stories we are honoring introduce us to people and experiences that may not be a part of our everyday lives,” said Tony Rossi, Christopher’s director of communications. “Stories of refugees fleeing violence and persecution, for instance, or young caregivers devoting themselves to loved ones with dementia and other medical issues remind us how much we have in common even when the particulars of our lives differ. They remind us that we are all children of the same God, that we are all worthy of compassion and respect, and that the power of love and faith can change the world for the better.”

Recognized among TIME Magazine’s 16 people fighting for a more equal America, Simran Jeet Singh is a senior adviser for equity and inclusion at YSC Consulting and a visiting professor at Union Seminary.

On his website, Singh details his inspiration behind this book.

“My brothers and I grew up in South Texas, and any time we went to a bookstore or library, we would scour the shelves for a book with Sikh characters. I can’t tell you how badly we wanted our friends to see positive stories about the people who looked like us. Being rendered invisible made us feel hurt and disappointed,” he recalls, adding that 30 years later, when his oldest daughter was born, he started looking at children’s books again and realized that little had changed.

“Three decades had passed, and I still couldn’t find a single children’s book with people who looked like me. It was then that I decided to take it upon myself. I didn’t want my kids to feel that same pain that we did,” writes Singh. “I decided to share the story of a man who changed my life, Fauja Singh. The day that he became the first 100-year-old to complete a 26.2-mile marathon is the same day I signed up to run my first marathon. And, like Fauja, I haven’t stopped running since.”

Singh goes on to write that Fauja Singh’s story is about running and aspiring and achieving – but it’s also more than that.

“It’s exciting to finally have a Sikh protagonist in a mainstream children’s book – but there’s more to it than that, too,” he notes. “‪Fauja Singh’s life is an inspiring story of perseverance that challenges our assumptions (e.g., racism, ageism, disability), builds inclusion, and helps us reimagine what our heroes can look like.”