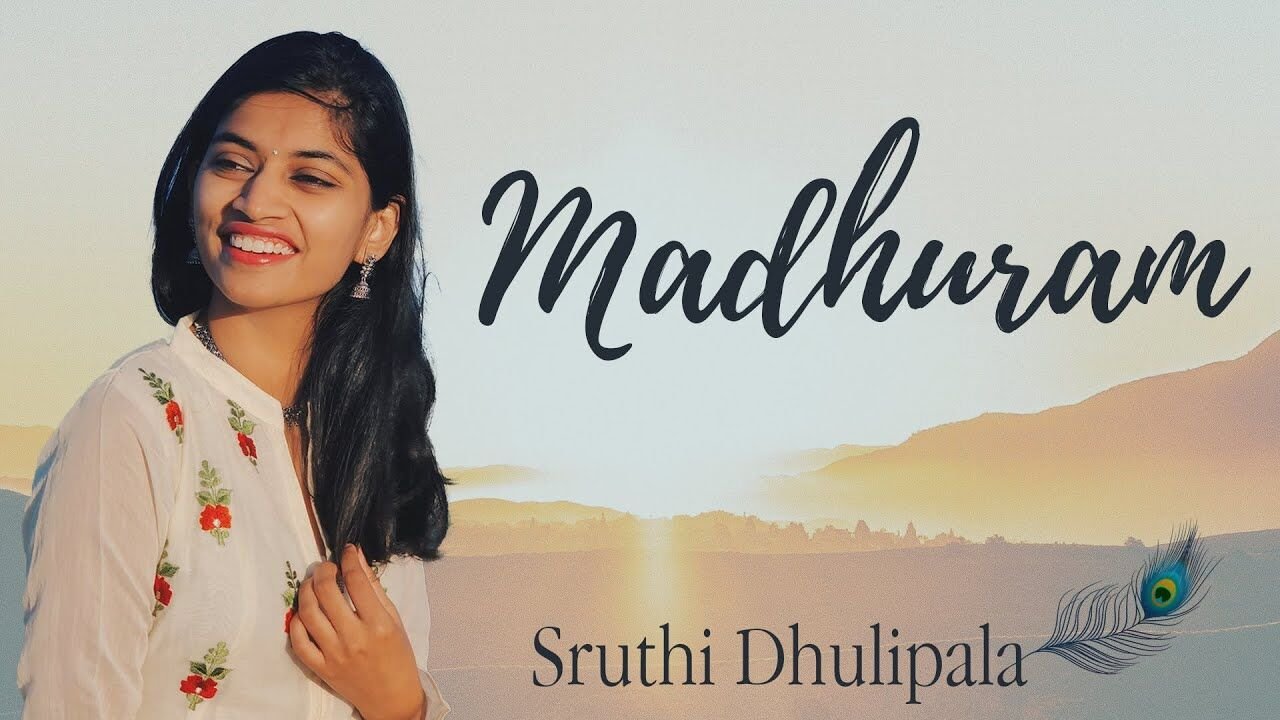 Madhuram, because life is sweet.

MUMBAI — Singer-songwriter, a working professional at Disney TV, and a young and aspiring talent at 25, Sruthi Dhulipala has Carnatic music in her blood and has pruned her talent further by learning Carnatic vocals under the tutelage of the Hyderabad Sisters. She is trained also in contemporary vocals and playback singing at the Shankar Mahadevan Academy.

Being based in the US at present has made her embrace her Carnatic heritage warmly while seamlessly blending it in all that she composes and sings—more notably her three Independent singles – the recently-released “Madhuram,” a Sanskrit composition, followed by two more singles that will soon release.

“I learned “Madhurashtakam” as a kid and would sing the M.S. Subbulakshmi version often at concerts. Recently while humming it, I decided to give it an original spin,” says Dhulipala.

“Madhuram” takes the original concept of a devotee calling Lord Krishna graceful and all things sweet, to Dhulipala drawing similar parallels to life—stating that the world will seem sweet if we see it as such by celebrating the simple charms of life. For this song, the young songstress has collaborated with established instrumentalist Sruthi Balamurali for the flute portions while the video features actress and Bharatanatyam dancer Sneha Yarabati.

After “Madhuram,” Dhulipala is all set to release two more independent singles, a Telugu song called “Ee Parugu” and an untitled Indipop Hindi melody in the coming few months.