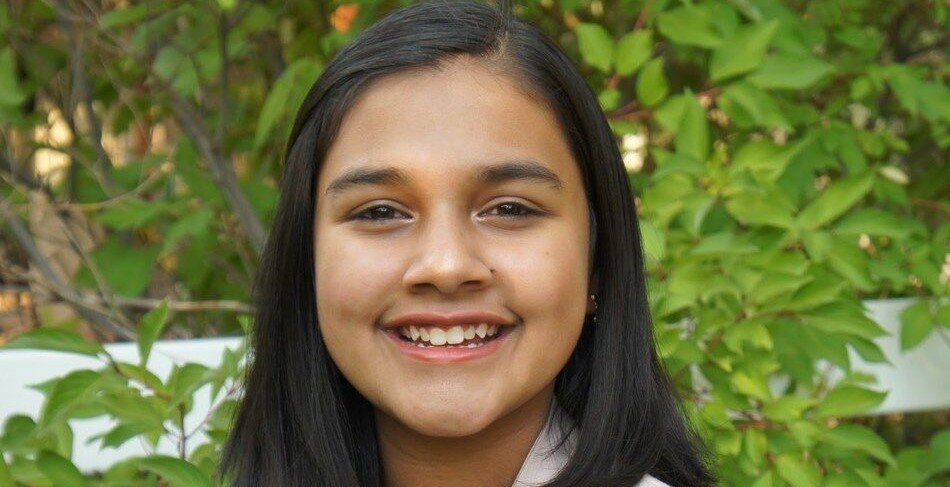 Gitanjali Rao was named among the 10 recipients of the 2021 Prudential Spirit of Community National Honorees as Top Youth Volunteers. (prudential.com photo)

Two Indian Americans were named by Prudential May 3 as part of the 10-person 2021 cohort of Prudential Spirit of Community National Honorees.

Among the Top Youth Volunteers named during a May 2 virtual event were Gitanjali Rao and Suraj Kulkarni, Prudential said in a news release.

The group was selected from a field of more than 21,000 youth volunteers from across the country, which was narrowed down to the State Honorees earlier this year (See India-West article here: https://bit.ly/33clukk).

Rao, 15, of Lone Tree, Colorado, a sophomore at STEM School Highlands Ranch, has reached more than 30,000 students around the world, encouraging younger generations to think creatively about confronting the world’s big challenges by leading online workshops where she shares the unique problem-solving methodology she created.

Rao is a scientist whose creations include devices to detect lead in water and diagnose opioid addiction. She also has pioneered technology to discourage cyber bullying. While working on these projects, she came up with her own process for guiding an idea from concept to reality. She started sharing this process with elementary students at her school, and received such positive feedback from the kids, parents and teachers that she realized she could take it to students beyond her school “to inspire them to create their own creative solutions to world problems,” she said.

Rao organized her process into an easy-to-understand format, documented it, and created a workshop curriculum with lesson plans and resources for research labs, contests and mentorships.

Then she began working with schools, after-school camps, gifted-student programs, girls’ STEM groups, and eventually, international organizations to hold workshops for students around the world. She currently holds 2-3 sessions a week, each attended by about 150 students.

“The vision is to introduce innovation tools and techniques earlier in our education, so that everybody is thinking about using science as a catalyst for social impact and change,” Rao said.

Kulkarni, 18, of Corvallis, Oregon, a senior at Corvallis High School, created a website where young people of diverse backgrounds can share their experiences, perspectives and culture with one another, along with online conferences that have involved young people from more than 13 countries.

As an Indian American, he had to get used to school mates joking about his name, making fun of his lunch food, and humiliating him in other ways because of his background, noted the news release.

As a result, “I felt ashamed of my own culture and heritage,” he said. When the Black Lives Matter movement brought topics of race and discrimination to the forefront last year, Kulkarni felt the need to provide all teens who identify as minorities with a platform to talk comfortably about their cultures, their unique struggles and experiences with prejudice, and to understand that all of their individual qualities matter.

He recruited a half-dozen friends to help him set up a website and begin writing and publishing posts on the site, which now features more than 20 articles by minority students plus interviews with notable minority public figures.

Kulkarni and his team also established a presence on Instagram, and started hosting online awareness conferences to connect students all over the world. In addition, he organized an “Awareness and Acceptance Week” in his hometown of Corvallis, during which hundreds of students watched videos of minority teens discussing prejudice and ways to counter systemic discrimination. “Especially in today’s climate, it’s so important to be understanding of each other’s struggles,” said Kulkarni.

Rao and Kulkarni, in earning the title of National Honoree, each received a scholarship of $5,000, an engraved gold medallion, a crystal trophy for their respective schools, and a $5,000 grant from The Prudential Foundation for a nonprofit organization of their choice.

Each year Prudential selects a group of young Americans to the Prudential Spirit of Community Awards program for national recognition based on their outstanding achievements in community service.

“After 26 years of honoring young volunteers, we know that students across America do great things in service to their communities, and we’re especially inspired by this year’s honorees for doing so in the face of unprecedented challenges,” said Charles Lowrey, Prudential’s chairman and CEO. “Prudential is proud to shine a spotlight on these remarkable young people and their stories of service.”

National Honorees were announced May 2, culminating a three-day weekend of events celebrating Spirit of Community’s 102 State Honorees – the top middle level and high school volunteer of 2021 from each state and the District of Columbia.

In addition to remarks from guest speaker Priyanka Chopra Jonas, the State Honorees connected with each other through small-group project-sharing sessions and learned about service and advocacy from accomplished Spirit of Community alumni.