HomeArts/BooksIndian American Writer Amitav Ghosh: There Is A Lesson From What The Nutmeg Unleashed On The World

Indian American Writer Amitav Ghosh: There Is A Lesson From What The Nutmeg Unleashed On The World 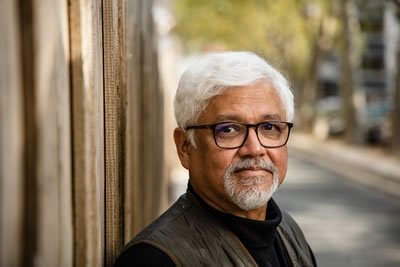 Indian American Writer Amitav Ghosh: There Is A Lesson From What The Nutmeg Unleashed On The World

In it, he acquaints readers with Banda islands, a cluster of islands not even on many maps. He said: “On the Banda Islands, eruptions from the volcanoes and the magical mix of materials created forests and it was only here that the nutmeg tree grew, and the nutmeg originated.”

Describing the nutmeg as, “objects of desire,” because spices were synonymous with luxury, the author said with the nutmeg traveling the world, it assumed great value in Europe. “And very soon, European traders became conquerors, and in a matter of 10 weeks, the indigenous Bandanese communities had ceased to exist. The Dutch invaders took over the cultivation and trade of nutmeg in the Banda islands and ensured that the community was alienated from their own land. The voices of nature, the songs about volcanoes and nutmeg, were not heard. For the colonizers, these were mere resources. They just used humans as slaves and commodities.”

He added that in India, forest dwellers are under constant attack, with Adivasis taken out of their homes, and the mining and tourism industry taking over their land and mountains. “We see the pace with which dams are being built, and this is a replication of colonial practices. In the last three decades, we have seen this mimicry of the colonizers,” reflected Ghosh.

Stressing the Russia-Ukraine war is the greatest disaster in contemporary times, one that has legitimized the fossil fuel industry and taken away focus from climate, he concluded, “It is a global catastrophe. Let us not forget war is the single most environmentally destructive act, we need a departure from mechanist ways of thinking, and focus on restoring the soul.”