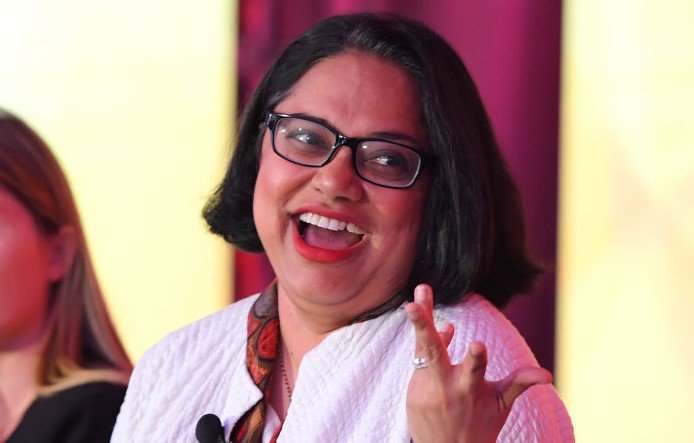 Veteran Indian American political activist Mini Timmaraju was announced Nov. 4 as the next president of NARAL, Pro Choice America, one of the most prominent organizations working to secure reproductive rights in the U.S.

“The moment that we’re in right now could not be more critical for women’s health,” Timmaraju told India-West in a Nov. 5 interview. “We have a conservative Supreme Court that is anti-abortion,” she said, adding: “I really need to be back in the fight.”

Timmaraju formerly served as Senior Advisor to the Director at the Office of Personnel Management in the Biden-Harris Administration; Hillary for America’s National Women’s Vote Director during her 2016 presidential bid; and chief of staff to Rep. Ami Bera, D-California. She has also worked in various capacities at Planned Parenthood.

Timmaraju will take up her new post Nov. 15, at the watershed moment in which women’s rights to abortion are being challenged by two cases scheduled to be heard by the Supreme Court. Both laws challenge SB 8, recently-enacted legislation by Texas that bans an abortion after six weeks. The two cases are The United States vs. Texas, brought on by the Biden administration, and Whole Women’s Health vs. Jackson. Both lawsuits are attempting to block the implementation of SB 8, which essentially overturns the landmark Roe vs. Wade.

Opponents of SB 8 note that women rarely know they are pregnant by six weeks.

On a 5-4 vote, the Supreme Court in September declined to block SB 8. The Biden administration’s Justice Department stepped in shortly after with its own lawsuit challenging the law.

“I have had access to excellent reproductive health care all of my life,” said Timmaraju, who grew up in Texas. Her home state, she said, has “mounted a full scale attack on reproductive rights.”

Moreover, the bans will have a disproportionate impact on low-income people. “Not everyone has the resources to go to another state for an abortion,” she said, also noting the challenges for the health care system.

“If this happens, we will have fewer reproductive rights than our families in India,” Timmaraju told India-West. She noted that she was inspired by her grandmother, an intelligent woman who never had an opportunity to make a career for herself.

Indian American parents, who largely tend to be conservative and shy away from discussions about sex, must be forthright about reproductive rights, including abortions, and should support sex education being taught at schools, she said.

In 2018, the Fremont, California, Unified School District Board of Education — home to one of the largest populations of Indian Americans in the U.S. — banned sex education for 4th to 6th graders, after large groups of parents, including many Indian American parents, protested the inclusion of LGBTQ issues, the emotional and explicit aspects of sex, and other issues. Sex education has historically been taught in most San Francisco Bay Area schools within the 4th and 6th grades; but the board voted to move up the teaching to 7th through 9th graders.

Rep. Ro Khanna, who represents portions of Fremont in the House, decried the decision. “Sex education is critical for the safety of individuals of all ages, and this policy will silence voices, put students in danger, and increase overall risk in our communities.”

“I believe it is critical for kids to be learning sex education in public schools,” said Timmaraju, noting studies which document that frank discussions about sex lead to fewer unwanted pregnancies.

Bera, a physician who represents portions of Sacramento in the House, tweeted Nov. 4: Congratulations to Mini Timmaraju, my former Chief of Staff, for becoming the next NARAL President!”

“Mini and NARAL will be important partners in the fight to protect women’s access to reproductive health care, which is under attack from politicians across the country,” he wrote.