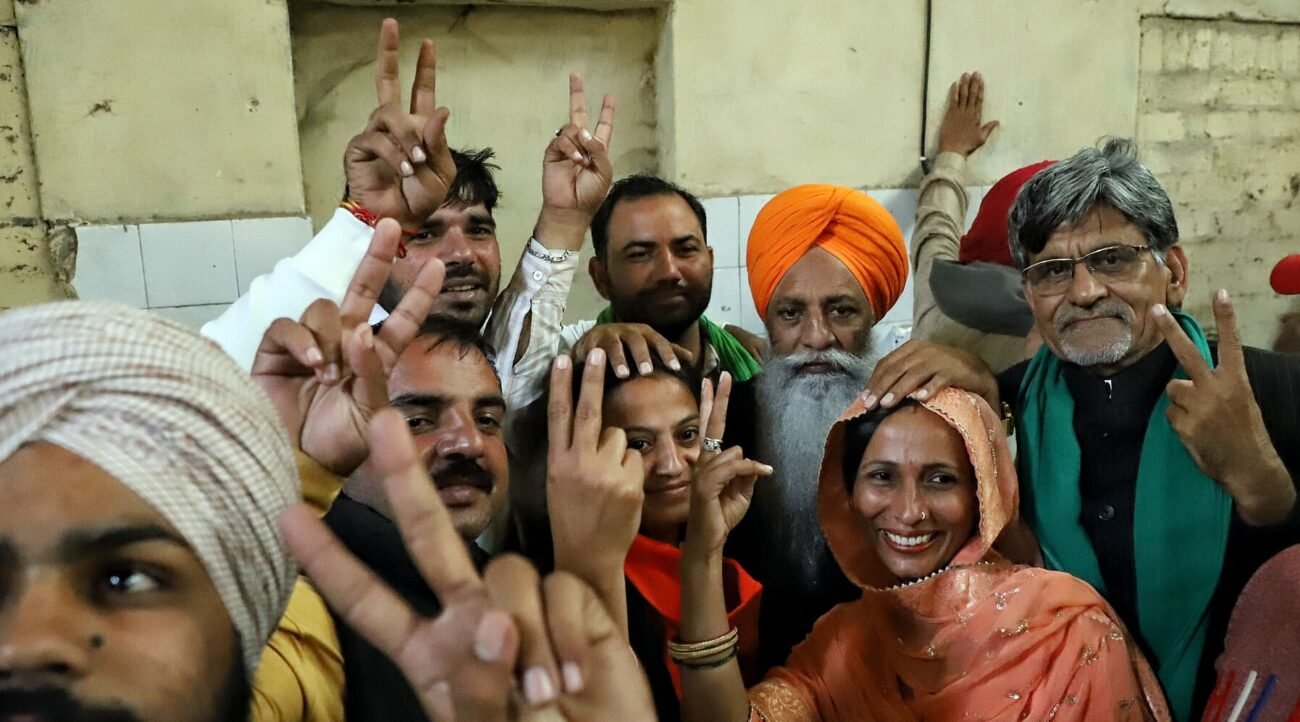 NEW DELHI (AP) — Thousands of Indian farmers suspended a year-long protest Dec. 9 after the government withdrew contentious farm laws and set up a committee to consider their other demands, including guaranteed prices for key crops and the withdrawal of criminal cases against the protesters.

“It’s a big victory for farmers. We have forced the government to bow to our demands,” said Balbir Singh Rajewal, a farmer leader. He said they will review on Jan. 15 the steps taken by the government and decide their future course of action.

“We have suspended our protest, not ended it,” said Gurnam Singh Chandoni, another leader.

Farmers started removing their tents and prepared to vacate highways ringing New Delhi where they have camped since November last year. Leaders said they will leave after celebrating their victory on Dec. 11.

Most are from the neighboring states of Punjab, Haryana and Uttar Pradesh.

A breakthrough came this week when the farmers’ leaders received letters from the government listing steps it would take to meet their demands. In an about-turn last month, Prime Minister Narendra Modi announced the withdrawal of the farm laws passed by Parliament in September last year.

The government had insisted that the laws, which would lead to a deregulated market with more private-sector control of agriculture, were urgently needed to modernize Indian farming.

The protesters said the laws would drastically reduce their incomes and leave them at the mercy of big corporations. They demanded that the government guarantee prices for certain essential crops such as wheat and rice, a system introduced in the 1960s to help India shore up its food reserves and prevent shortages.

Currently, an overwhelming majority of farmers sell only to government-sanctioned marketplaces at fixed prices.

Farmers form one of India’s most influential voting blocs. Modi’s decision to scrap the laws came ahead of elections early next year in key states Uttar Pradesh, Uttarakhand and Punjab, where his Bharatiya Janata Party is eager to increase its power.

The protest, which drew international support, has been largely peaceful. However, violence erupted on Jan. 26 when thousands of farmers briefly took over New Delhi’s historic Red Fort and hoisted a Sikh religious flag. Most are members of the Sikh minority. At least one farmer died and a number of protesters and police were injured.

Farmers’ leaders say more than 500 protesters have died due to suicide, bitter cold weather and COVID-19 since November last year and the government should pay 500,000 rupees ($6,750) in compensation per family. But the government says it has no figures on the number of deaths during the movement.