It was more than a decade ago when the words ‘contemporary’ Indian, ‘progressive’ Indian, or ‘avant-garde’ Indian were first heard. In the context of food, the trendsetter was Manish Malhotra, who opened the doors of his restaurant – the Indian Accent – then housed in a small boutique hotel in Delhi called The Manor.

Since then, there have been many iterations of this theme. What’s avant-garde or contemporary for one generation doesn’t take too long to become passe for the next. This is what happened to the next trend that hit Indian shores.

This was the excursion into molecular space that some Indian chefs undertook with great haste. Foams of all kinds, liquid nitrogen, and blow torches made those slogging in the kitchen feel that they were the peers of the scientists working in advanced laboratories at home and abroad. This trend never really caught on because the worthies presiding over 5-star hotel chains were not setting a trend but merely following it. What created alarm was when molecular delicacies prepared without adequate care, not only burnt a hole in the pocket of the customer but literally a hole in the stomach. The wannabe scientists beat a hasty retreat.

However, by the time this hiccup was over, new chefs had emerged on the scene to ‘take Indian food to the next level’. Among them, the most consistent and inspiring, arguably, is Chef Vineet Bhatia who has been awarded multiple Michelin stars during his career abroad. He has opened a string of celebrated restaurants in London, Dubai, and Saudi Arabia. His creations remain true to their Indian roots but are more than just tweaked. For instance, his square green jalebi.

There are other chefs who have been honored with the Michelin stars like Shrijit Gopinath who has consistently retained his two stars in a restaurant in the San Francisco Bay Area in the Taj property. Vikas Khanna first hit headlines with his restaurant ‘Junoon’ in New York. What needs to be underlined it that most of these chefs appear to have ‘diluted’ the strong flavor of regional Indian delicacies, often blending two streams, to win over loyal patronage that goes beyond the diasporic community. It would be difficult to sustain the claim that they have accelerated the evolution of Indian food in any significant manner.

One of the most interesting and successful impresarios of contemporary Indian is Zorawar Kalra, proprietor of the Massive Restaurants. Inspired by his father, the legendary Jiggs Kalra, he has displayed an incredibly Midas touch. Over the past years he has launched a slew of restaurants — the Punjab Grill, Farzi Cafe, made in Punjab, Masala Library, Papaya Grill — always remaining ahead of the curve. Zoravar is on the side of sensible safe molecular interventions in Indian kitchen and upgrading the skills of the cooks equipping them with the latest gizmos and gadgets. His different outlets cater to different clientele from the millennials on a small budget to those on unlimited expense accounts. Many of his eateries operate in India and have had a filter down effect on emerging trends in tier two cities.

The rising wave now seems to be the one that is rediscovering ancient grains, foraged foods, forgotten, almost lost family heirloom recipes recovered from regional repertoires. Of course, the chefs have learned a lot from the pioneers who have preceded them. They present their creations with a flourish and the plate looks like the canvas painted by an abstract artist. They are sensitive to the health concerns of the younger generations as also fads like Veganism.

Nishant Choubey is one such chef who has wowed his guests in places as far apart as Bangkok, Dubai, Mauritius, and the US. He has showcased some very interesting dishes in the Michelin plated Indus in Bangkok and won the prestigious Iron Chef contest there.

These achievements and accolades were a hard act to follow in Bangkok where at one time Gaggan reigned Supreme. However, what Gaggan served was his interpretation of Pan Asian and not necessarily identifiable Indian. His restaurant had months-long waiting list that continues to attract fun-loving tourist with gimmickry like lick-you-plate.

It is difficult to forecast the future of Indian Progressive-contemporary or avant-garde food. At the moment except for Zoravar Kalra’s and Nishant Choubey’s work other creations are largely confined to expensive deluxe eateries. The other difficulty is that many of the exciting creations of gifted chefs, like Manu Chandra’s Coorgi Pandi (pork) Curry with Levantine Pita or a Chocolate Bombe with dizzying Old Monk is not likely to find a mass market and contribute to the evolution of pork dishes in the subcontinent. Food and drink taboos are hard to shatter. (IANS) 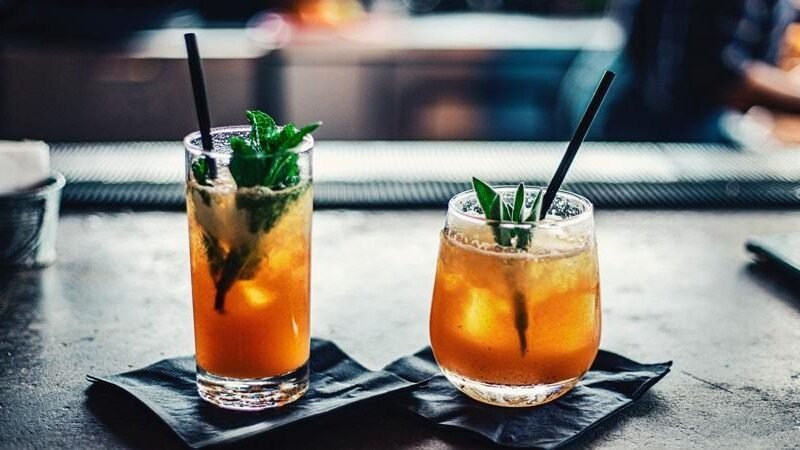