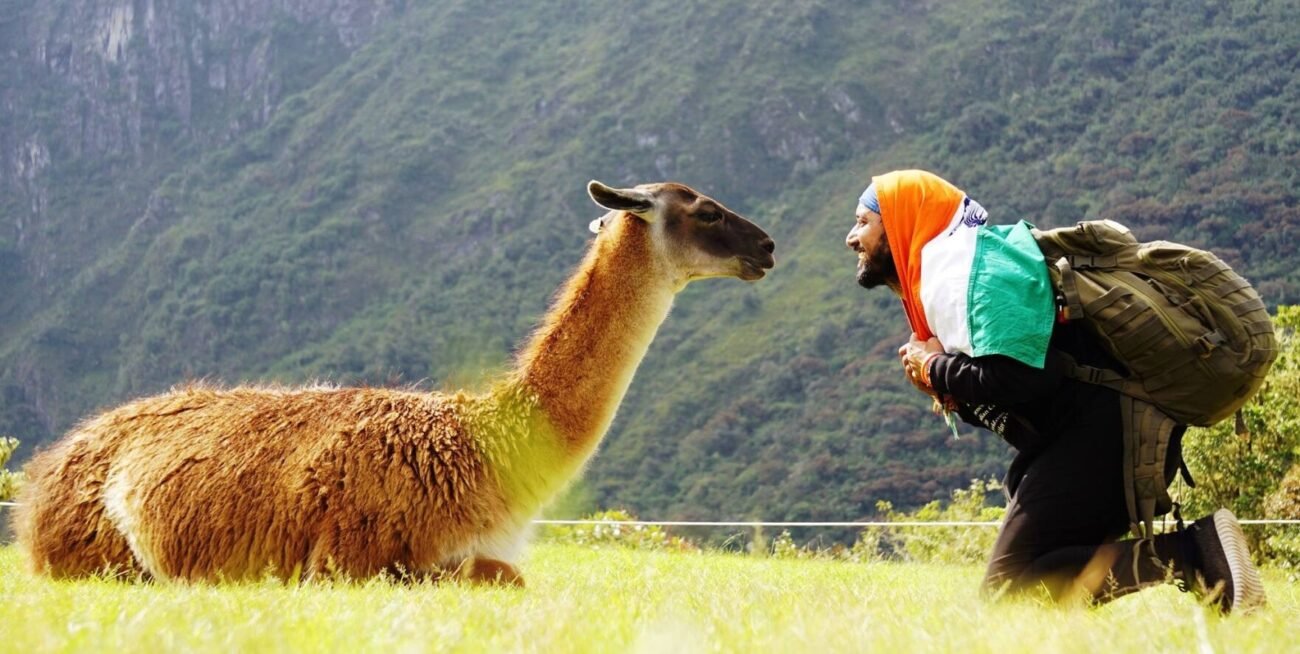 Creating awareness on health, world peace and Indian culture is bicyclist Somen Debnath’s goal as he seeks to pedal his way through 191 nations. He is seen here in the Andes. (photo provided)

ARTESIA, Calif. – Somen Debnath, who has been in the news for riding his bicycle around the world to create awareness on various issues, was in Artesia’s “Little India” on Feb. 28. The Indian cyclist said he began his tour in May 2004 from India and plans on taking his message of peace and humanity across 191 countries. So far, he told India-West, he has biked his way through 157 nations and pedaled 172,500 kms hoping to complete his goal by 2022.

Debnath’s mission was inspired at the young age of 14, he said, when he read an article entitled, “AIDS is more deadly than cancer.” Shortly after acquiring his degree in zoology from the University of Kolkata and receiving special training from the Society of West Bengal State AIDS Control, he set off to educate the youth and the impoverished, first in India and then globally. He speaks about the effects of addiction and teaches sanitary practices.

Debnath said he has faced challenges in his journey, including 24 days in captivity by the Taliban in Afghanistan, being robbed six times in Central Asia, and being beaten by skinheads several times. He also has had the joy of meeting exceptionally kind people who exemplify what humanity is about.

From the Sundarbans region in West Bengal, Debnath says his future goal on returning to India is to establish a global village with ecological and sustainable farming practices.

Those who wish to support his journey, currently delayed by the worldwide pandemic, can reach do so at: http://www.somen2020world.com/donation-by-paypal/ He pledges to bike the equivalent number of kilometers for each donated dollar. He can be reached at: (210) 894-9896.