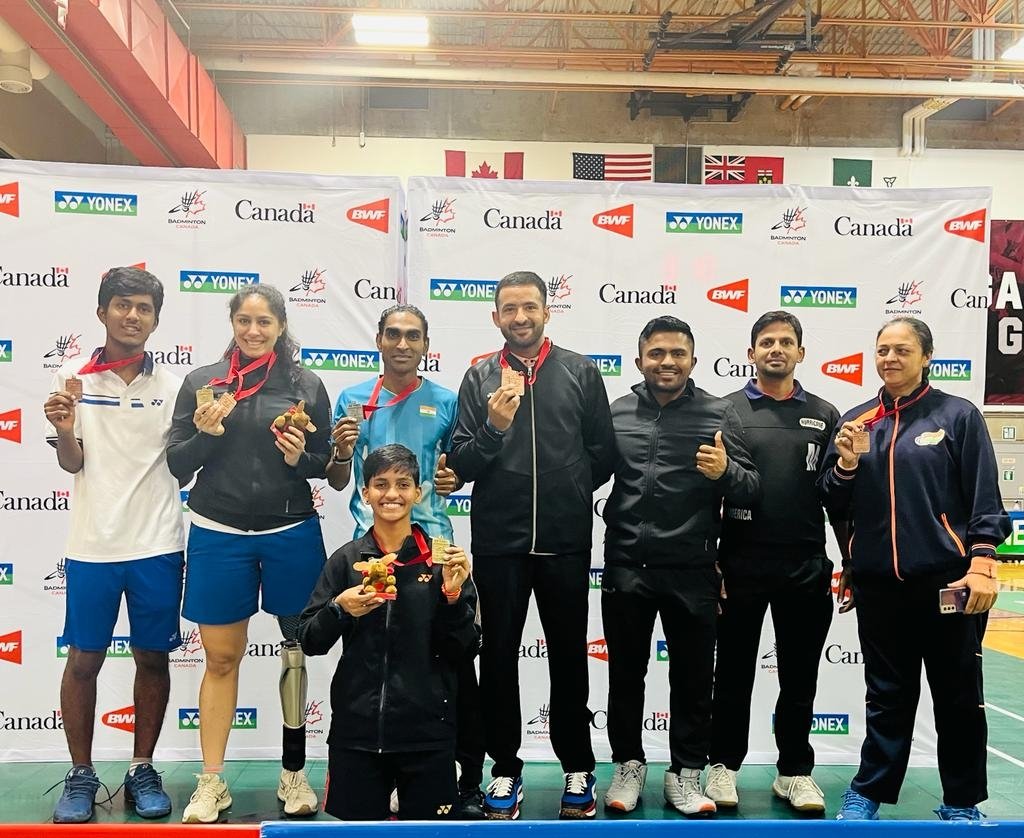 However, Paralympic gold medallist Pramod Bhagat had to settle for the silver going down fighting against his archrival Daniel Bethell 14-21, 21-9, 15-21. This was Bhagat’s second defeat to England’s Paralympic silver medallist since the Tokyo 2020 Games.

While Joshi was hardly troubled by her first three opponents, she faced a strong challenge from Oksana. The Ukrainian rallied from a game down to take the second game and fought it out till the end before Joshi nailed it with a 21-18, 15-21, 22-20 win. This was Joshi’s fourth title win in the women’s singles event this season.

Like Joshi, Ramadass too followed her Fazza Dubai 2022 International title triumph winning the women’s singles SU5 gold medal. The 17-year-old from Chennai kept her composure and fought it out to pull off a thrilling 27-25, 21-9 win over Japan’s Akiko Sugino in the final.

The 1 hour 6 minutes match was a closely contested match which went all the way down to the wire. The World No 1 went down 14-21 in the opening set but came back strongly to win the second set 21-09. The third set was closely fought and Bethell held his nerve to win the decider 21-15. The ace shuttler gave it all but fell short and had to settle for silver medal.