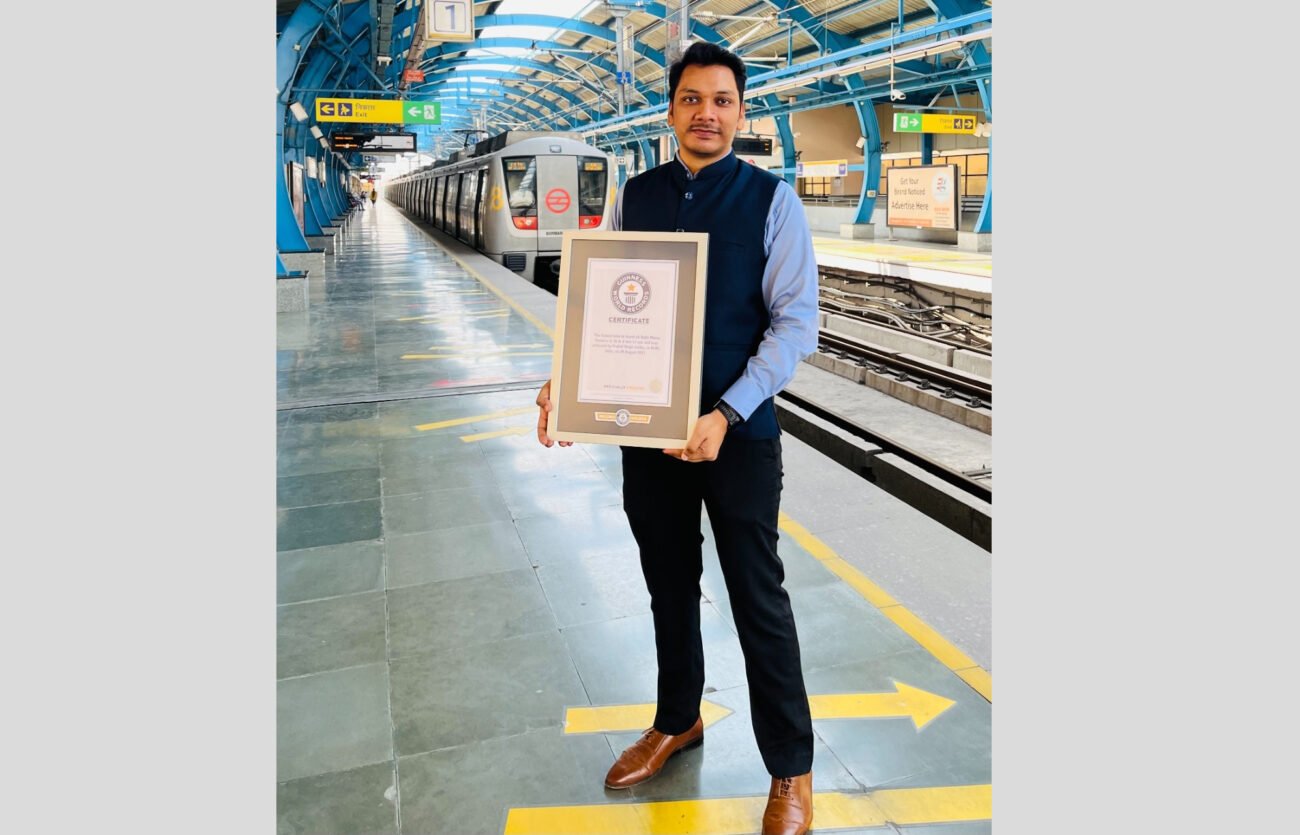 According to the DMRC, Prafull Singh is the first person to travel to all 254 stations covering 348 kms in just 16 hours and two minutes. With this feat, he has entered into the Guinness World Records for recording the ‘Fastest time to travel to all Metro stations’.

“DMRC family is proud of Prafull’s feat,” the corporation tweeted.

Singh made this attempt as he regularly uses the Metro and saw himself being able to complete his travel quickly, Guinness World Record said.

Despite all of the work and preparation in the lead-up to the attempt, he were aware that it would be a physically and mentally demanding challenge.

The night before he couldn’t sleep properly due to anxiety.

“I have been using Delhi Metro for a long time so I am very much aware of all the lines. My planning was from which station and line should I have to start and end so I can complete my record before time,” Singh said.

Of all of the stations, Patel Chowk (Yellow Line) is his favorite as it houses a small museum celebrating Delhi Metro.