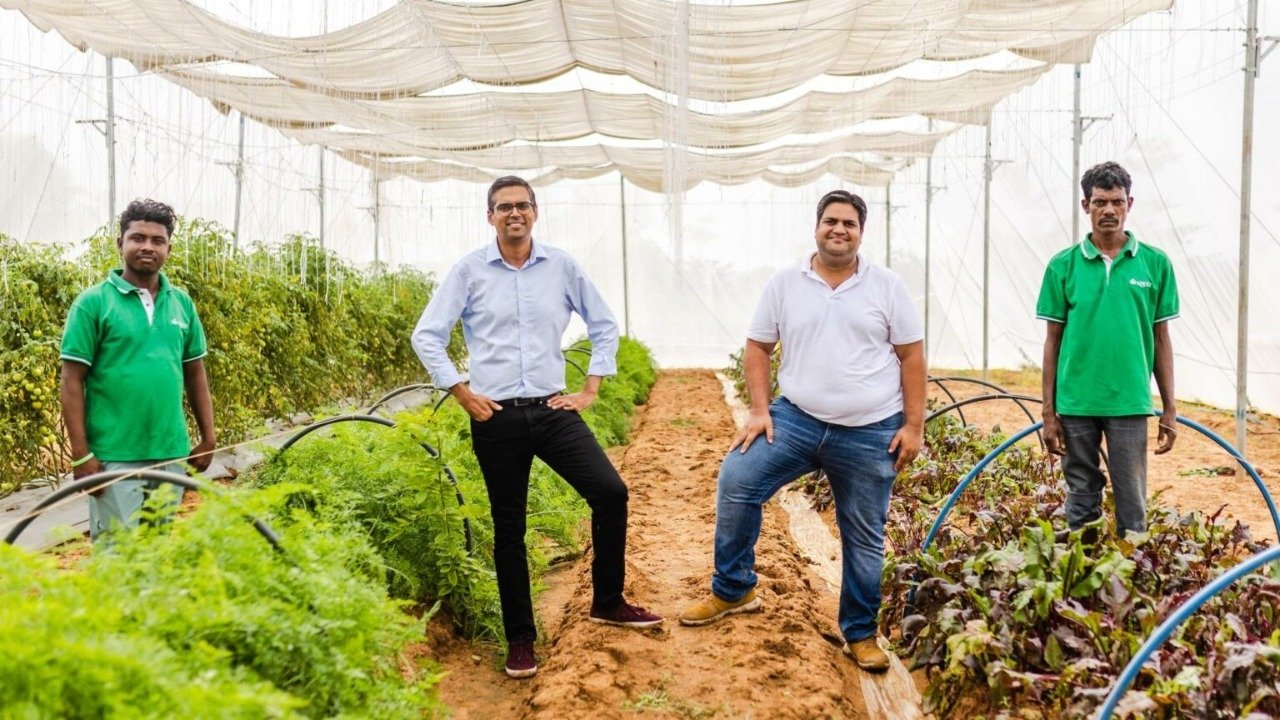 BOSTON, MA (IANS) – Indian startup Kheyti, a pioneering solution for local smallholder farmers to reduce costs, increase yields, and protect livelihoods on the frontlines of climate change, was among five winners of The Earthshot Prize for their ground-breaking solutions of the greatest environmental challenges facing planet.

Prince William and The Earthshot Prize revealed in Boston on Friday the 2022 winners — an accomplished group of entrepreneurs and innovators spearheading groundbreaking solutions to repair and regenerate the planet.

Each winner was awarded a 1-million-pound prize at the second-annual Earthshot Prize awards ceremony, which will be broadcast on the BBC and will begin streaming on December 5 on PBS.org and the PBS app.

Inspired by late US President John F. Kennedy’s Moonshot challenge in the 1960s, which united millions of people around the goal of putting a person on the moon within a decade, The Earthshot Prize aims to discover and help scale innovative solutions that put the world firmly on a trajectory toward a stable climate by 2030 — a world in which communities, oceans and biodiversity can thrive in harmony.

Each year over the course of this critical decade for the planet, five winners will be chosen for their ground-breaking solutions to five of the greatest environmental challenges facing our planet.

These five Earthshots are: Protect and Restore Nature; Clean our Air; Revive our Oceans; Build a Waste-free World; and Fix our Climate.

Speaking during the ceremony, The Prince of Wales said: “I believe that the Earthshot solutions you have seen this evening prove we can overcome our planet’s greatest challenges. And by supporting and scaling them we can change our future.

“Alongside tonight’s winners and finalists, and those to be discovered over the years to come, it’s my hope the Earthshot legacy will continue to grow, helping our communities and our planet to thrive.”

Protect and Restore Nature: Kheyti — a pioneering solution for local smallholder farmers to reduce costs, increase yields, and protect livelihoods in a country on the frontlines of climate change.

India is home to 100 million small-hold farmers, many of whom are impacted by severe impacts of climate change, including heatwaves and pests.

Kheyti has developed a simple solution that is already having a considerable impact. Its Greenhouse-in-a-Box is designed for small-hold farmers and the crops they grow, offering shelter from unpredictable elements and destructive pests.

It also trains and supports farmers to ensure their greenhouse is as effective as possible.

The results are dramatic. Plants in the greenhouses require 98 per cent less water than those outdoors and yields are seven-times higher. Ninety per cent cheaper than standard greenhouses, Kheyti’s solution is more than doubling farmers’ incomes, helping them invest more in their farms and their families.

Using less water and fewer pesticides, they are protecting the planet too. Today, 1,000 farms have a Kheyti greenhouse, and by 2027, Kheyti hopes they can reach 50,000 farmers with Greenhouse-in-a-Box.

Mukuru Clean Stoves offer an alternative by using processed biomass made from charcoal, wood, and sugarcane, rather than dangerous solid fuels. This burns cleaner, creating 90 per cent less pollution than an open fire and 70 per cent less than a traditional cookstove. They are cheaper too, costing just $10 and halving ongoing fuel costs.

Revive our Oceans: Indigenous Women of the Great Barrier Reef, Australia — an inspiring women-led program that combines 60,000 years of indigenous knowledge with digital technologies to protect land and sea.

The Queensland Indigenous Women Rangers Network hold a huge amount of the indigenous wisdom, and over the past four years, have helped build the next generation of women rangers.

The program has trained over 60 women, encouraging new conservation approaches by sharing knowledge and telling stories. Members of the network have gone on to find work as rangers in Queensland or in conservation elsewhere.

London-based startup Notpla, founded by Pierre Paslier and Rodrigo Garcia Gonzalez, believes that the future of packaging is not plastic, but seaweed.

Notpla is a natural and bio-degradable plastic alternative made from seaweed and plants and can be used to create a range of packaging products, such as a bubble to hold liquids, a coating for food containers, and a paper for the cosmetic and fashion industry.

This year, Notpla has made over 1 million takeaway food boxes for JustEatTakeaway.com, and the company has the potential to replace over 100 million plastic coated containers in Europe in the future.

The company is continuing to research and develop new formats and solutions, with flexible films and rigid materials in the pipeline.

Fix our Climate: 44.01, Oman — Created by childhood friends who have developed an innovative technique to turn CO2 into rock, and permanently store it underground.

Oman-based 44.01, named after the molecular weight of carbon dioxide, eliminates CO2 by turning it into rock, removing it from the atmosphere safely, efficiently, and permanently by mineralizing it in peridotite, a rock found in abundance in Oman, the US, Europe, Asia, and Australasia.

Peridotite mineralization is a natural process, but in nature it can take many years to mineralize even a small amount of CO2. 44.01 accelerates the process by pumping carbonated water into seams of peridotite deep underground.

In its second year, The Earthshot Prize embarked upon an ambitious global nine-month search process, seeking out the most inspiring and innovative solutions to the greatest environmental challenges facing the planet.

Over 1,000 applications from around the world were considered, with 15 finalists from 10 countries chosen through a selection process supported by an expert advisory panel.