HomeIndiaIndia and the worldIndian Students Stranded in Ukraine, Plead for Help 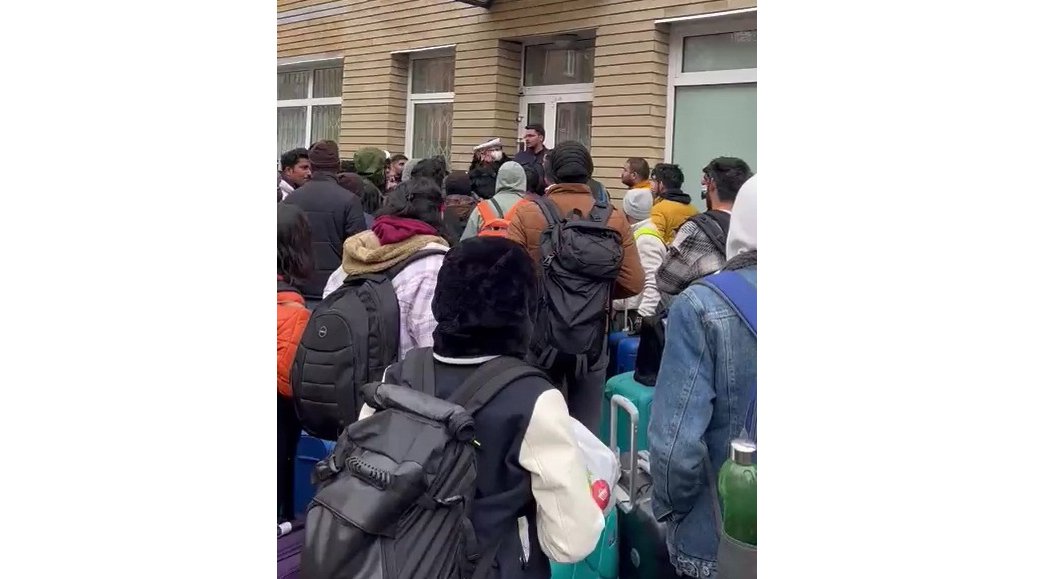 KIEV (IANS) – Amidst the prevailing tension, the Indian students stranded in Ukraine were left with no choice but to queue up outside the Indian Embassy in Kiev seeking the authorities’ help as they ran out of food and money.

The Russian military actions in Ukraine have triggered panic among all sections, including students from India.

One student said, “We urged the embassy officials in Kiev to allow us to sit inside as the temperature outside is two degrees Celsius and the students are standing since morning, but the authorities advised us to find hotels.”

Stranded students also sent a video from outside the embassy in which some officials are seen explaining the situation to the students.

Divyanshu Gehlot, president of an Indian student group at Ivano-Frankivsk National Medical University, said, “The situation here is really bad. Bombs are exploding in every 15 minutes since morning. We plead with folded hands to the Indian Embassy and Government of India to get us out of here. We ran out of food and there is no money in ATM.”

Apart from Gehlot, there are many other Indian students who are pleading help from the government.

“As you are aware, Ukraine is under martial law, which has made movement difficult. For those students who are stranded without a place of stay in Kyiv, Mission is in touch with establishments to put them up. We are aware that certain places are hearing air sirens/bomb warnings. In case you are faced with such a situation, google map has a list of nearby bomb shelters, many of which are located in underground metros,” reads the advisory issued to Indian nationals and students in Ukraine.

“While Mission is identifying possible solution to the situation, please be aware of your surroundings, be safe, do not leave your homes unless necessary and carry your documents with you at all times,” it added.

“After waking up in the morning, we first collected water and food items. We used to bring food and other articles for a week. But now nothing is available here. We ran out of flour, rice and cooking oil. That’s why we brought bread and milk. There are long queues outside ATMs and banks. Residents of Ukraine are going to Poland but how do we go? Everyone is terrified,” Ritika Nigam, who lives in the city of Ternopil in Ukraine, said.

Earlier, an Air India plane which was sent to bring back students from Kiev, had to return because of missile attacks.

India is reviewing options to evacuate Indians and students via neighboring countries like Poland, Hungary, Moldova and Romania.