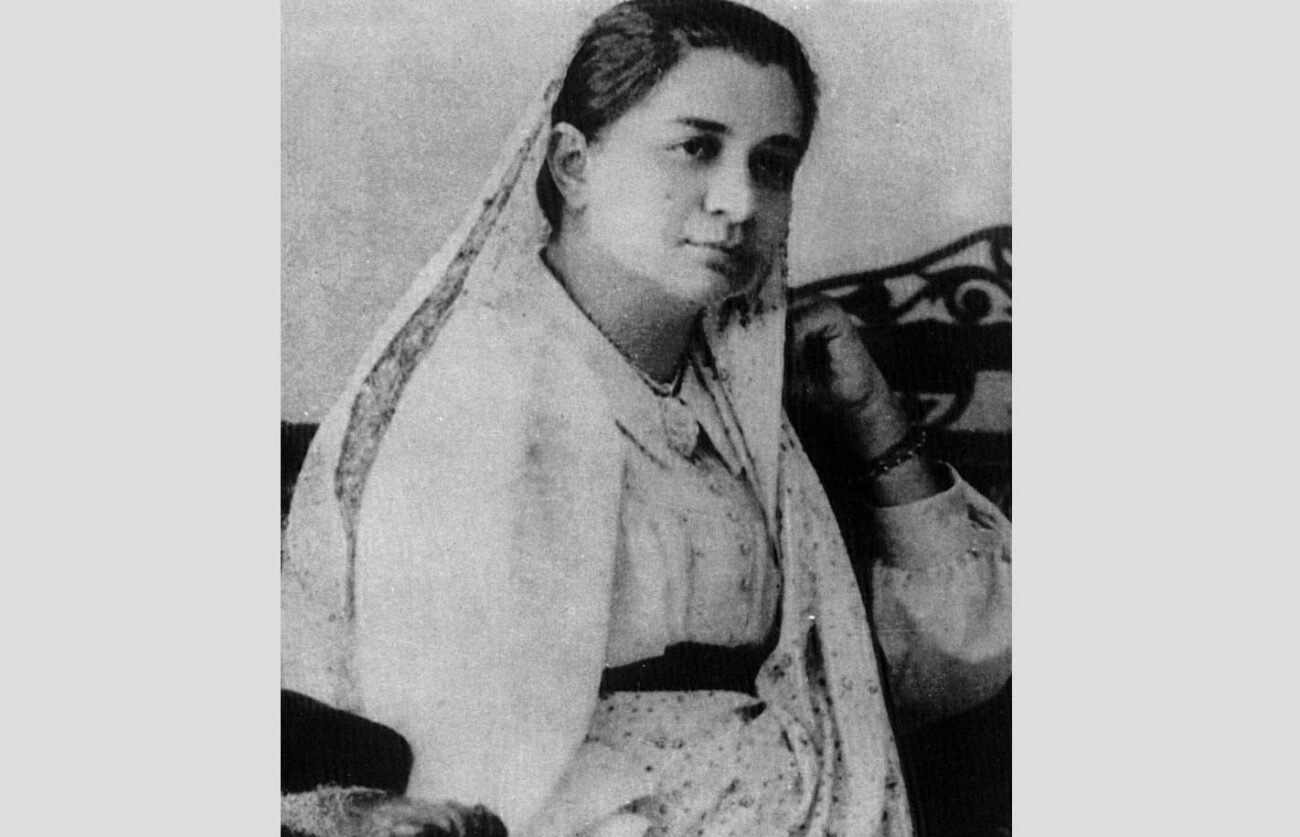 The moment of freedom fighter Bhikaiji Patel-Cama hoisting the Indian flag in Germany and issuing a simple appeal to the world to support India’s struggle for independence is etched in golden letters in India’s history, as it was during a time when the freedom movement had very few women at the forefront.

It was on August 2, 1907, when the 46-year-old feminist-nationalist Bhikaiji Cama, who was in Stuttgart attending the International Socialist Conference – during her forced sojourn in Europe, US, and later north Africa – that she took the opportunity to unveil the Indian flag before the world and sought support for her motherland’s freedom.

She spoke of the horrors of the famine that had ravaged India, the flouting of human rights, and equality by Britain, and demanded independence from the British Raj.

The flag, later smuggled into India and currently housed at a Pune Museum, was jointly designed by Bhikaiji Cama and Shyamji Krishnavarma. Her flag comprised a green stripe at the top with eight lotuses in bloom symbolizing the country’s provinces, ‘Bande Mataram’ scribbled at the center in Hindi on the saffron stripe, along with a sun on the left and a crescent moon on the right, symbolizing the two dominant faiths – Hinduism and Islam – in the country.

That small act – coming from a woman – succeeded in drawing big attention to India’s plight, its yearning and struggle for independence, before the global comity, embarrassing the British rulers.

Born into a wealthy Zoroastrian to the merchant family of Sorabji and Jaijibai Patel on September 24, 1861, Bhikaiji l was drawn to the fledgling Indian freedom struggle, at a very young age, as it was taking baby steps after the historic First War of Independence of 1857.

Educated at the famed Alexandra Girls English Institution, Byculla, and blessed with the ability to pick up languages quickly – which later helped her espouse India’s cause in different countries – she got married to Rustomji Cama, a famous pro-Raj lawyer in 1885.

However, the couple remained at odds, as she was a nationalist with her disdain for the British and he had unabashed adulation for the Raj. The marriage was literally on the rocks as both remained immersed in their respective interests.

During the devastating bubonic plague that broke in the Bombay Presidency in 1896, Bhikaiji Cama volunteered to help the infected but ended up catching the fatal disease, and though she survived, it took an enormous toll on her frail health.

As doctors suggested she go to Europe for convalescence, she left the Indian shores in 1902 – blissfully unaware at that time, of what would be a long, forced foreign exile and travel that would last for over 3 decades, starting with – ironically, London.

It proved worthwhile as she met one of the doyens of the freedom struggle Dadabhai Naoroji and even became active with the Indian National Congress, founded on December 28, 1895, by meeting others like Lala Hardayal, Krishnavarma, addressed spirited meetings at the Hyde Park, and drummed up support for the cause.

Probably unknown to Bhikaiji Cama, around that time, a young Indian Gujarati barrister had launched his first anti-apartheid political movement in 1906 in South Africa, and decades later became a household name worldwide – Mohandas Karamchand Gandhi. However, 13 years before, he was thrown out of a train in that country in June 1893.

Disapproving her anti-British activities, at one point, the British rulers in London warned that she would be debarred from returning to India unless she signed an undertaking to keep off the nationalistic movement for freedom, but she declined and chose to remain exiled in Europe.

In 1909, she tactically moved to France and met other stalwarts like Munchershah Burjorji Godrej, Singh Rewabhai Rana, and founded the Paris Indian Society, with her home serving as the hub of Indian freedom struggle activities in Europe.

Along with many other activists, they penned, printed, and distributed revolutionary literature, including the banned patriotic song “Vande Mataram”, and others paying tributes to martyrs like Madan Lal Dhingra.

Bhikaiji travelled to several European countries, the US and Egypt to effectively espouse the Indian cause and expose the British rule, its excesses on the Indian masses and other social-economic-political issues in a fiery style.

During the First World War (1914-1918) she and other revolutionaries adopted an aggressive anti-Britain stance, which France – its ally – did not entertain, and imposed restrictions on her, though she continued to visit army camps, maintain links with Indian, Irish, and Arab revolutionaries crusading for similar causes.

Resigned to her prolonged exile, leading a hyper-active life with hectic international travel, in 1935 Bhikaiji Cama suffered a paralytic stroke and pleaded with the British government to permit her ‘ghar wapasi’.

When seeing her delicate health condition convinced them that she would be unfit for any more political activism, they finally granted her permission and she returned to her motherland after 33 years in November 1935.

Even though she attained her cherished dream of returning home after so many years, she barely survived another nine months and passed away on August 13, 1936, aged 75 – one of the biggest but forgotten icons of the early Indian freedom struggle.

Before her death, the Bombay-born woman had donated portions of her assets to the Bai Avabai Framji Patel Orphanage for Girls, in Bandra and a Parsi Fire Temple in Mazagaon.

Over the years, a grateful nation acknowledged her contributions in the form of a commemorative postage stamp in 1962, an Indian Coast Guard vessel was dedicated to her in 1997 as ‘ICGS Bhikaiji Cama’, one of the most famous roads in south Mumbai is named as Madam Cama Road during her birth centennial in 1961, a commercial complex in Delhi, etc.

She had once said: “Do not forget the important role women play in building a nation”. Years after her death, it proved true in the form of top Indian women leaders like the former Prime Minister Indira Gandhi, former President Pratibha Patil and the current President Droupadi Murmu.