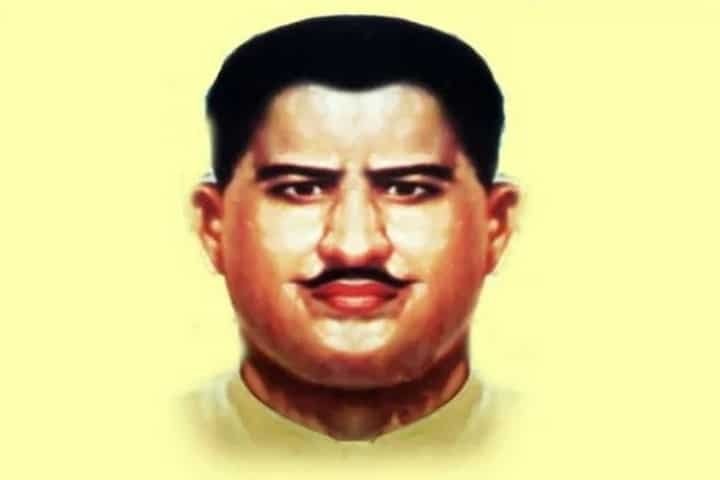 It was Bismil Azimabadi of Patna who wrote “Sarfaroshi ki tamanna ab hamare dil mein hai,” in 1921 and it was Ram Prasad Bismil who immortalized the lines. The poem became a war cry in India’s freedom struggle against British rule.

Ram Prasad Bismil was himself a talented poet who wrote in Urdu and Hindi, under the pen names Ram, Agyat and Bismil.

He was also the founding member of the Hindustan Republican Association whose more popular revolutionary members were Bhagat Singh and Chandrashekhar Azad.

Bismil was born on June 11, 1887, in Uttar Pradesh’s Shahjahanpur district. His parents were Murlidhar and Moolmati. As a child, Bismil witnessed the atrocities of Britain’s colonial rule. He was deeply affected and began leaning toward revolutionary ideals. He also mastered the art of wielding firearms and then joined hands with Bengali revolutionaries Sachindra Nath Sanyal and Jadugopal Mukherjee.

Bismil borrowed money from his patriotic mother, Moolmati, to write and publish his books ‘Deshvasiyon Ke Naam’, ‘Swadeshi Rang’, ‘Man Ki Lahar’ and ‘Swadhinta Ki Devi’ to draw public attention to their cause.

Bismil played a key role in bringing dynamic youngsters like Chandrashekhar Azad and Bhagat Singh into the folds of HRA. In fact, it was Bismil who named Chandra Shekhar Azad ‘Quick Silver’, in honor of his agility, restlessness, and ever-present enthusiasm for new ideas.

Bismil’s shared a life-long bond with Ashfaqullah Khan. The two shared a common ideology, ideals, and deep-rooted patriotism. They lived together, worked together and always had each other’s back. Both played key roles in the famous Kakori train robbery of 1925.

That incident shook the British and the authorities arrested more than two dozen HRA members. Four of the revolutionaries — Ram Prasad Bismil, Ashfaqullah Khan, Roshan Singh and Rajendra Nath Lahiri — were sentenced to death and were sent to separate jails; others got prison terms.

During his time in Barrack No. 11 of Lucknow Central Jail, Bismil wrote his autobiography which is still considered as one of the finest works in Hindi literature. It was also here that he came up with a song which went on to become one of the most iconic songs of the pre-Independence era. The song is “Mera rang de basanti chola”.

On December 19, 1927, Bismil wrote his last letter to his mother before calmly walking to the gallows. Hanged a few minutes later with the words ‘Jai Hind’ on his lips, he was cremated on the banks of Tapti river. Hundreds of Indians mourned the loss of an inspiring leader. Few know that he realized that he will not see an independent India in his lifetime: Bismil had penned a poem, wishing to be reborn to serve his motherland again.