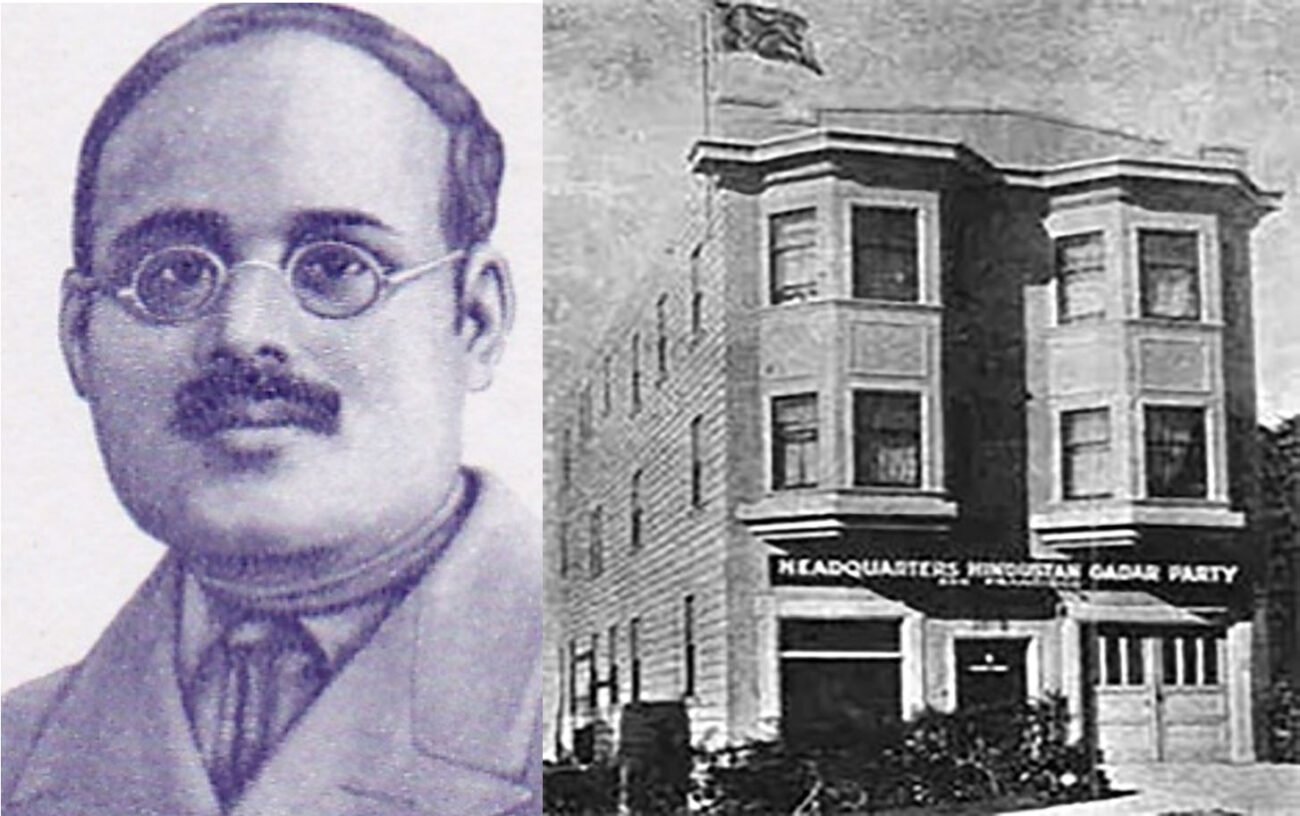 A Sanskrit graduate from Delhi’s St Stephen’s College, two scholarships from Oxford, a Professor of Indian philosophy and Sanskrit at Stanford University and the force behind the ‘Ghadar’ newspaper which articulated India’s nationalist aspirations in the US … Lala Har Dayal dreamt of independent India with his eyes open.

Known to be a brilliant orator, when an immigrant to the US suggested to his group that Har Dayal be invited to speak to them, the meeting changed everything for the diaspora looking to overthrow the Raj in India.

Prof. Harish Puri, historian, and expert on the Ghadar movement, said those who attended realized that people were willing to donate funds, educate others, and do something for India.

Born on October 14, 1884, Har Dayal suggested that it was important to educate the Indian people living in the US, politically. To achieve this end, he became the editor of a weekly paper in Urdu and Gurmukhi. It was named ‘Ghadar’, meaning ‘mutiny’.

The group behind the effort lived together, wrote articles, and published the newspaper. The idea was to prepare for an armed revolt. These people had connections in the British Indian Army — they had either served, deserted, or left it. Also, many of them had cousins and relatives in the army, so they began to collect the names of everyone with connections in the armed forces back home.

“The idea was to organize an uprising in 1917/1920 after preparing for seven to ten years. The British intelligence, however, knew exactly what was happening as these people were talking openly. At one point, it seemed that the British government knew more about them than they themselves,” Puri says.

By March 1914, the U.S. government, under the influence of the British ambassador in Washington, D.C., arrested Har Dayal. It was feared that he would be tried for anarchism, the political philosophy he espoused, or that the British government would send him back to India to be hanged.

Also, when a bomb was hurled at Lord Hardinge by Basanta Kumar Biswas on December 23, 1912, in Delhi, one of the accused, Bhai Balmukund turned out to be a cousin of Bhai Parmanand, one of the founders of the Ghadar Party. Har Dayal, therefore, was very much on the British radar.

He jumped bail and was secretly sent to Geneva. Thereafter, he did not really have any connection with the Ghadar movement. Later, his own ideas underwent a total transformation. He wrote an article arguing that Asia needed the protection of the British Empire for a long time to come as he had seen the situation in Germany and Turkey and felt that the British were far more civilized. This was in 1919.

So, there was a complete transformation in Har Dayal, and thereafter we don’t see much of him. Of course, he was lecturing on a variety of topics. He was an honest, hard-working man who lived a very simple life and was committed to whatever he did.

Today the Indian American community remembers him and the movement with events and celebrations in honor of the sacrifices made. The Ghadar Memorial Hall is often a site of these events.