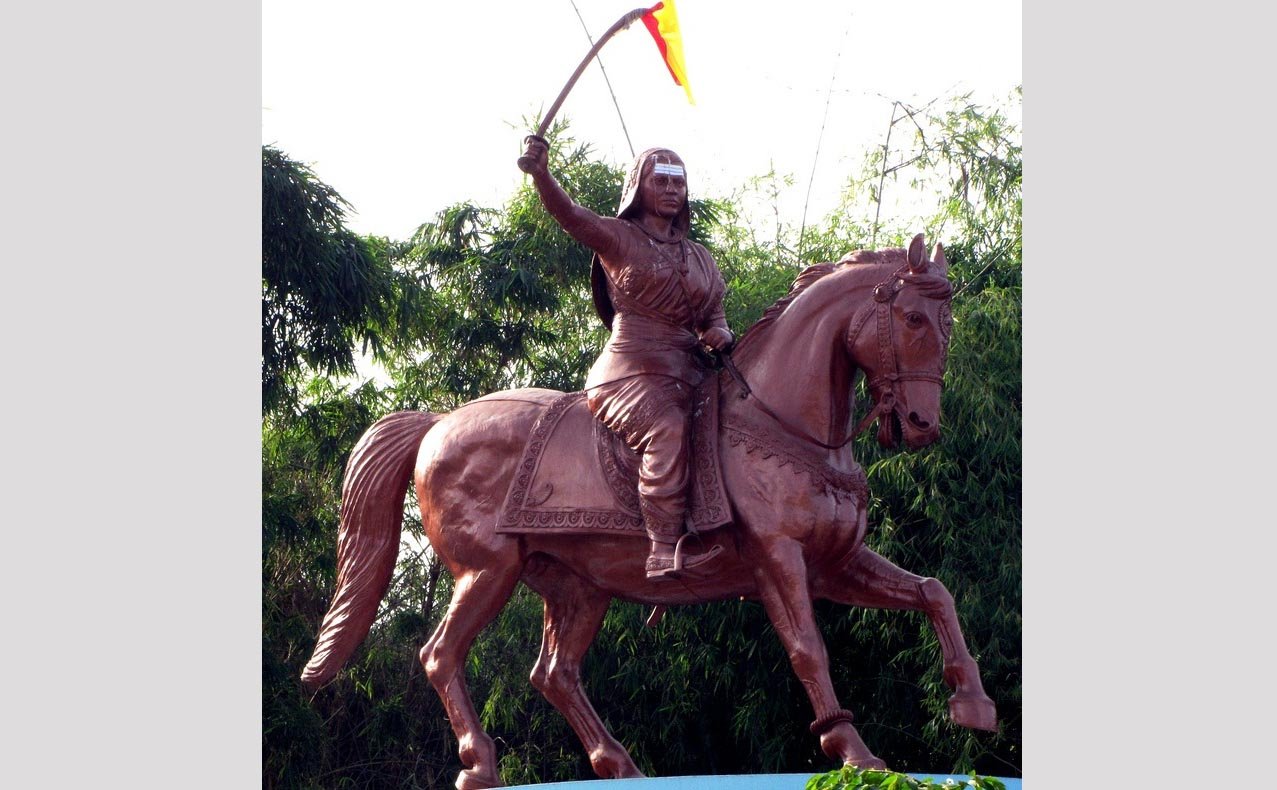 BENGALURU- Kittur Chennamma, the queen of Kittur is a common household name in Karnataka. The armed struggle that she waged against the British much before the famous First War of Indian Independence in 1857, inspires the younger generation to date. Droupadi Murmu, India’s 15th President, mentioned Rani Chennamma during her first address to Parliament when she was sworn in on July 25.

Kittur Rani Chennamma is considered Karnataka’s pride as well as a symbol of valor. Her statues are installed across Karnataka, and one was also unveiled in the Parliament Complex in New Delhi in 2007.

In 1824, the British East India Company, was taking over kingdoms ruled by Indians one after the other. When they set their eyes on the Kittur kingdom, the British never thought the queen would put up such a brave fight and defeat them.

Born on November 14, 1778, in a small village called Kakati in Karnataka’s Belagavi district, Rani Chennamma received horse training, sword fighting, and archery with the support of her father in childhood. She was married to Raja Mallasarja at the age of 15.

Following the deaths of her husband Mallasarja and later her son in 1824, the British came forward to annex Kittur with their Doctrine of Lapse.

The Doctrine laid out that in case the ruler died without a child, the right of state would be taken over by the East India Company.

Chennamma not only defied the rule but went on to adopt Shivalingappa as her heir and challenged the British regime. She wrote a letter to Mountstuart Elphinstone, who was then the Lieutenant-Governor of Bombay. Her request was turned down and the British waged war on her kingdom with an army of 20,797 soldiers and 437 guns.

The British Commissioner for Dharwad, a man named Chaplin arrived at an agreement under which the war would be terminated, the kingdom recognized and the British officers released.

But Chaplin continued the war.

Though her army fought valiantly against the enemy and inflicted heavy losses, Rani Chennamma was captured.

She was kept as a prisoner in Bailhongal Fort, where she died on February 21, 1829. Rayanna did not give up. He continued to wage a guerrilla war against the British.

The government of India released a commemorative postage stamp in 1977. The Coast Guard commissioned a ship named ‘Kittur Chennamma’ in 1983. The exploits of the queen are immortalized in ballads and ‘lavani’ and ‘gigi pada’ folk songs. She was also played by B. Saroja Devi in a Kannada film made in 1961.

Rani Chennamma’s burial place is in Bailhongal. The Karnataka government celebrates her victory and legacy in the form of Kittur Utsava on October 22 to 24 every year.