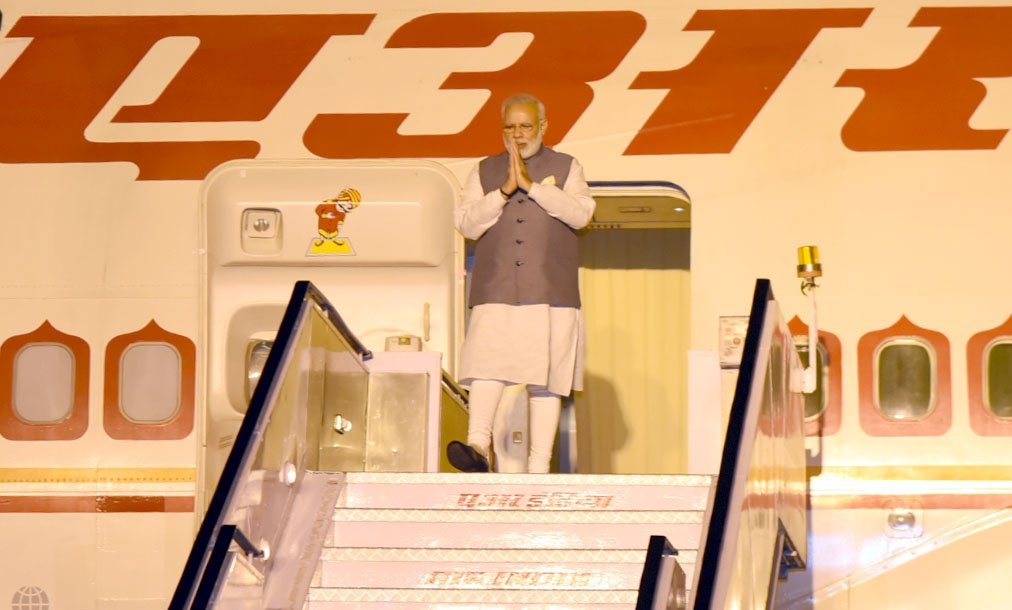 India’s ties with Central Asia can be traced back to the ancient Silk Road, along which goods, people, and ideas flowed. Geographically Central Asia has been at the intersection of crucial political and economic transformations for centuries. While the dissolution of the Silk Road limited exchanges, there is a renewed effort to reconnect India with the region by the leadership.

The importance which India attaches to the 5 Central Asian Republics (CARs) was shown by its commitment to hold a virtual summit with the Presidents of 5 CARs, when they were unable to travel to India to participate at the Republic Day parade as Chief Guests duet to Covid travel restrictions.

As expected the issue of Afghanistan constituted one of the focus areas of the agenda for the summit. Prime Minister Narendra Modi and the five Presidents decided to set up a joint working group on Afghanistan, with a broad consensus emerging on issues such as combating terrorism and drug trafficking.

Modi outlined the three focus areas for India in its relationship with CARs; Central Asia is central to India’s vision of an integrated and stable extended neighborhood and cooperation between India and Central Asia is essential for regional security and prosperity, secondly to establish a framework of regular interactions at different levels and among various stakeholders, and lastly to create an ambitious roadmap for future cooperation.

Modi also referred to India’s close ties with all the Central Asian states at a bilateral level, and also underlined the importance of each of these countries. He described Kazakhstan as an important partner for India’s energy security.

He highlighted the fact that India’s state governments are active partners in growing cooperation with Uzbekistan, while there is an active partnership with Kyrgyzstan in education and high-altitude research. Modi described Turkmenistan as an important part of India’s vision for regional connectivity, and said this was evident from “our participation in the Ashgabat Agreement”.

With Tajikistan, he said: “We have a longstanding cooperation in the field of security. And we are continuously strengthening it.”

In the last decade, Central Asian nations have also been looking for viable partners particularly in economic and security sectors. Both share common concerns in tackling radicalization and terrorism.

However, bilateral progress can be described as slow. This is due to the associated concerns with security and capacity constraints, the security situation in Afghanistan and political differences within Central Asia.

India earnestly started its outreach with its ï¿½Connect Central Asia Policy’ initiated by UPA II, later Modi became the first Indian head of state to visit all five nations in 2016. Since then there has been significant progress in cooperation, particularly in the fields of defense, energy and connectivity. The renewed Indian focus on the region can be attributed to the geopolitics of the region, particularly China’s aggressive outreach with all 5 CARs.

India has also initiated multilateral engagement with the region at two levels. The first is through regional connectivity, with a renewed push for long delayed projects. This received a boost after Iran and India signed an agreement to develop Chabahar Port, when Modi visited Iran in 2016, the port has now become commercially operational. Further, to facilitate transport of goods between India and Central Asia via Iran, India joined the Ashgabat Agreement in 2018, including Iran, Oman, Turkmenistan and Uzbekistan.

More importantly, 12 years after becoming an observer, India joined the Shanghai Cooperation Organization (SCO) as a full member in 2017. SCO is not only beneficial for India to remain connected with Central Asia, but also has the potential for India to work collectively with other leading powers in the region to address economic and security issues that may have potentially detrimental concerns for the world.

While these steps have given a new lease of life to India’s vision for Eurasian connectivity, New Delhi must combine skillful diplomacy with action on the ground to ensure the continued viability of these projects in the face of US-Iran tensions.

Though India has adopted a more proactive approach and explored new avenues for economic cooperation with CARs. China has aggressively wooed the CARs through its Belt and Road Initiative (BRI), besides leveraging its geography, finances and population to ensure that its projects can contribute to making its dream of a new and improved Silk Road a reality,

Operating at several levels the Chinese economic strategy in Central Asia also focuses on development of western China, through opening up of Xinjiang and ensuring its economic development in order to cool tensions there. In addition China needs CARs as a market for its goods besides getting its energy requirements through CARs.

Chinese anxiety to consolidate its links with CARs and disallow India from taking any initiative in the region is shown by its haste to hold a summit with the leaders of Central Asian countries on January 25, at a very short notice, after India had announced its summit. Chinese President Xi Jinping had offered $500 million in assistance to the region and has vowed to strengthen trade with the countries.

On the other hand trade between India and Central Asia lies at a insignificant $2 billion compared to Chinese trade with the CARs, which roughly amounts to $100 billion. India could increase this bilateral trade by trying to meet its high import dependency for energy, through CARs, which are rich in resources such as oil, natural gas, uranium, etc. On the other hand it could explore areas where the Indian industry could export to CARs at a considerably lower cost.

As stability in Central Asia remains critical to the interests of big players like Russia and China, the CARs will remain in focus at multilateral forums concerning Afghanistan; this also underlines the importance of improving relations with CARs for India to expand regional cooperation.