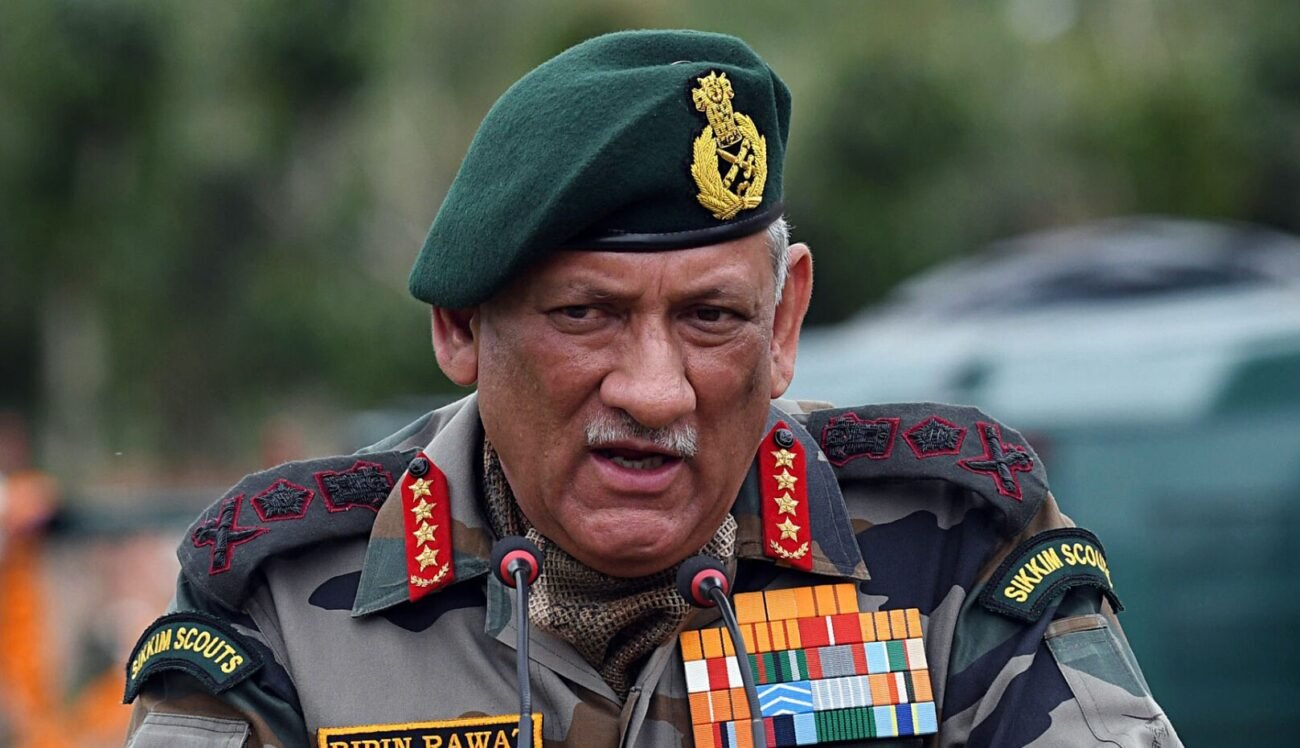 File photo of General Bipin Rawat, who died in an IAF chopper crash in Coonoor on Dec. 8. (ANI photo)

By SHEIKH SAALIQ and ASHOK SHARMA

It said in a tweet that the helicopter “met with a tragic accident.”

The dead included Rawat’s wife. The air force said one officer, Group Capt. Varun Singh, survived and is being treated in a military hospital.

The air force said the Russian-made Mi-17V5 helicopter was on its way from an air force base to the army defense services college when it crashed near the town of Coonoor, a hill station in Tamil Nadu. The reason for the crash was not immediately known.

Television images from the crash site showed plumes of smoke billowing from the debris as local residents tried to put out the fire and remove bodies from the wreckage.

Archrival Pakistan’s army chief, Gen. Qamar Javed Bajwa, expressed his condolences on the “tragic death” of Rawat and his wife, its government said in a tweet.

The air force said an inquiry has been ordered into the accident.

Rawat, 63, was the most senior official in the Indian military and the first chief of defense staff, a position created by the government in 2019. He was also an adviser to the Defense Ministry.

His primary task was to overhaul the military, which has struggled to modernize and improve coordination among the army, navy and air force.

He previously served as chief of army staff and also commanded forces in Indian-controlled Kashmir and along the frontier with China. He was a veteran of counterinsurgency operations.

In 2015, Rawat oversaw Indian “surgical strikes” into neighboring Myanmar, when para-commandos entered the country to attack Naga rebels who had ambushed and killed Indian troops.

Rawat earlier survived a helicopter crash in 2015 in the northeast state of Nagaland.

The type of military transport helicopter that crashed Dec. 8, Mi-17V5, is widely used in India by the army and ministers when visiting defense locations.

IANS adds: Hailing General Bipin Rawat’s role in the transformation of India’s military, U.S. Defense Secretary Lloyd Austin said that he had left an ” indelible mark” on defense ties between the two countries.

“General Rawat left an indelible mark on the course of the U.S.-India defense partnership and was at the center of the Indian Armed Forces’ transformation into a more jointly integrated warfighting organization,” Austin said in a condolence message on Dec. 8.

“I and the [Defense] Department extend our deepest condolences to the Rawat family, the Indian military, and the people of India after the tragic passing of Chief of Defense Staff General Bipin Rawat in a helicopter crash,” he said.

“I had the privilege of meeting with him earlier this year and viewed him as a valued partner and friend of the United States,” Austin said.