India’s Stand On Ukraine Comes Between New Delhi And Washington 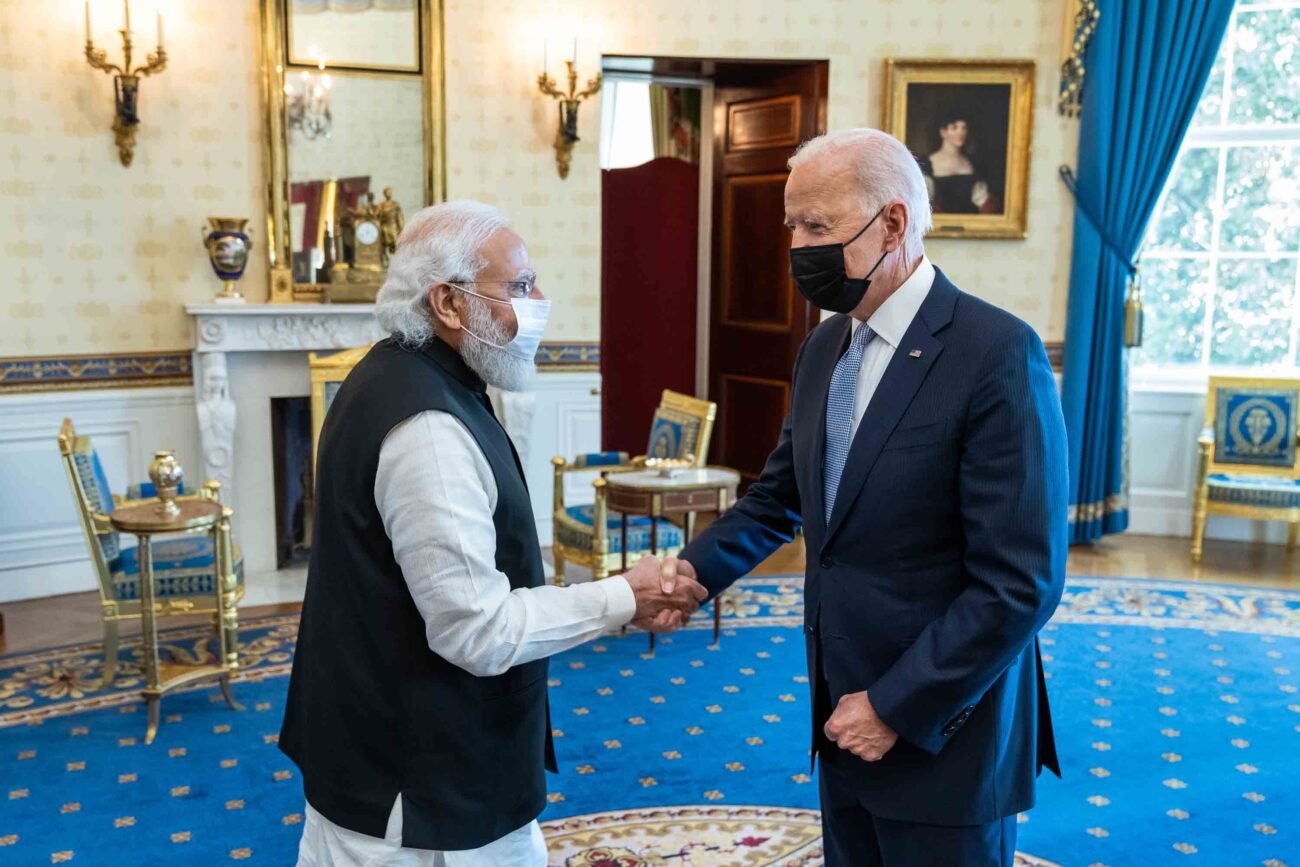 India’s Stand On Ukraine Comes Between New Delhi And Washington

The relationship had been sailing high until then, fueled mainly by US President Joe Biden’s escalation of engagements with the Quad carrying over from 2021 and the focus on the Indo-Pacific, with China in the crosshairs.

Russian President Vladimir Putin’s invasion of Ukraine in February changed all that, testing India-US ties like no other issue in recent years.

The Ukraine invasion raced to the top of President Biden’s foreign policy priorities — not only to stop President Putin right there, but to also roll him back.

If President Ronald Reagan brought down the Soviet Union, which he had so famously branded the “Evil Empire”, Biden would go down in history the man who stopped Putin, whose invasion of Ukraine was seen as the manifestation of his deeper desire to expand Russia; comparisons with Nazi Germany have been made by senior members of his administration.

Ukraine rallied European allies to oppose the Russian invasion as a block. He did not have to try very hard, except for Germany which had come to depend heavily on Russian oil and gas. Europe was stunned and frightened by the invasion, the first on the continent since World War II.

Sweden and Finland, which had long resisted joining the North Atlantic Treaty Organization, the 30-member military alliance that Putin had set out to weaken, have applied for membership.

India abstained again on a procedural vote in the UN Security Council on February 26 to call for a session of the General Assembly to condemn the Russian invasion of Ukraine.

And, in a vote in the General Assembly on March 2 on Ukraine, India abstained again. “We remain firm in our conviction that differences can only be resolved through dialogue and diplomacy,” the then Indian Permanent Representative to the UN, T.S. Tirumurti, said explaining India’s decision. “India urges that all Member States demonstrate their commitment to the principles of the UN Charter, to international law and respect for sovereignty and territorial integrity of all states.”

India’s voting record at the UN has few cheerleaders in the US, so the abstentions on the Russian invasion did not come as a surprise — New Delhi had also abstained on the Soviet Union’s invasion of then Czechoslovakia in 1968 and Afghanistan in 1979.

But it rankled when taken with New Delhi’s decision to not only defy US-led western sanctions on Russian oil and gas but step-up imports from Russia severalfold, because of hugely discounted rates.

Though outwardly indifferent, the Biden White House was privately perturbed and peeved, which came out in the open during a visit to New Delhi by then Deputy National Security Adviser Duleep Singh a few days later in March.

“I come here in a spirit of friendship to explain the mechanisms of our sanctions, the importance of joining us, to express a shared resolve and to advance shared interests. And yes, there are consequences to countries that actively attempt to circumvent or backfill the sanctions,” Singh, who was the architect of the Russia sanctions, said.

Singh further said, with a direct reference to India’s longstanding ties with Russia, “Russia is going to be the junior partner in this relationship with China. And the more leverage that China gains over Russia, the less favorable that is for India, I don’t think anyone would believe that if China once again breached the Line of Actual Control, Russia will come running to India’s defense.”

Singh’s remarks — especially the threat of “consequences” — set off a storm in India and the US sought to soften the blow saying Singh had not issued any warning and that every nation is free to focus on its interests and that he had “productive” meetings while in New Delhi.

India’s longstanding ties with Russia — going back to the erstwhile Soviet Union — are generally acknowledged in the US, as does its dependence on Russian arms and weapons and support in the UN Security Council for a whole host of issues, including Kashmir. But does that acknowledgment beget acceptance and appreciation? Straight answer: No.

Disquiet over the Indian position on Russia-Ukraine went beyond the White House. Longtime friends of India, such as Congressman Ami Bera, who is of Indian origin, called for India to “speak with a stronger voice”. And Ro Khanna, another Indian lawmaker, urged India to choose between the US and Russia.

TV and radio news commentators and hosts took to naming India and China in the same breath as Russia’s allies and enablers and were, therefore, vicariously responsible for the brutality unleashed by Moscow in Ukraine — Bucha massacre among them — which were brought into American livings live by intense 24×7 coverage by TV and print media.

Prime Minister Narendra Modi broke that spell in September when he was seen to have “rebuked” President Putin over Ukraine in public remarks for a bilateral meeting on the sidelines of the Shanghai Cooperation Organization meet in Samarkand. “Today’s era is not an era of war,” Modi had said to Putin in that meeting.

The sentiment contained in that sentence was subsequently downplayed by the Indian foreign policy establishment that sought to portray it as a reiteration of the existing Indian position, which it wasn’t. India has used until then standard UN language to call for an immediate cessation of hostilities, respect for UN charter guaranteeing the territorial integrity of member states, and diplomacy.

Modi’s remarks were seen as pathbreaking by the US. And its officials continue to cite it as the Indian position on the Russian invasion of Ukraine whenever they are asked.