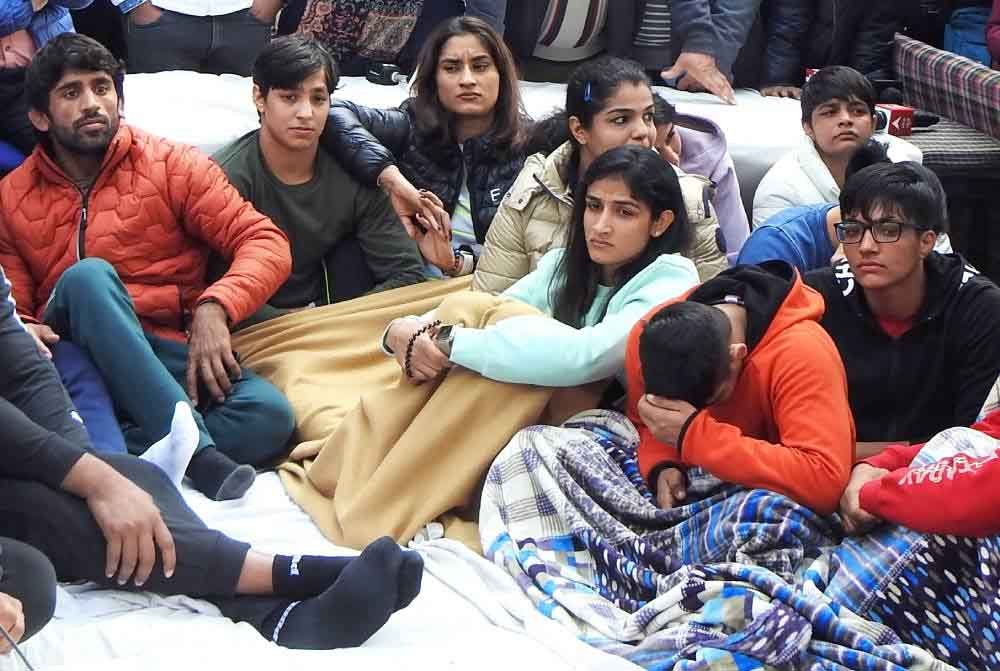 NEW DELHI, (IANS) – Top Indian wrestler Vinesh Phogat on January 19 continued to slam Wrestling Federation of India president Brij Bhushan Sharan Singh, saying the women grapplers will file an FIR against him if the government does not act on the sexual harassment allegations.

Speaking to media persons here, the Asiad and Commonwealth Games champion said it’s hard to imagine that female wrestlers in the country are not safe. She urged the government to set the right precedent by punishing the guilty.

Vinesh’s comments come a day after several wrestlers, including Olympic medalists Sakshi Malik, Bajrang Punia, protested the functioning of the WFI and its president.

On January 18, Vinesh alleged that Brij Bhushan Sharan Singh and a few other coaches at national camps in Lucknow sexually harassed female wrestlers. “If action is not taken, 4-5 women wrestlers will file an FIR in the matter. If this is happening with wrestlers like us, then imagine how safe the situation is for other women,” Vinesh said.

“We are getting support from all corners, and I request Prime Minister Narendra Modi ji to support us like he has always been supporting the athletes. We will continue to protest till their demands are meant. We are not afraid of Brij Bhushan anymore,” she added.

Brij Bhushan Sharan Singh might be asked to resign from the WFI president post on January 22 after an Emergency Council Meeting here.

Earlier, the meeting between the Sports ministry officials and the delegation of four wrestlers, including Bajrang Punia, Vinesh and Sakshi Malik failed to yield results as protesting grapplers were not satisfied with the response.

Speaking to reporters, Bajrang said that they didn’t get any ”satisfactory response” from the ministry and the protest will continue till the Brij Bhushan Sharan Singh-led Wrestling Federation of India (WFI) gets dissolved.

“We not only want the resignation of WFI President Brij Bhushan Sharan, we also demand the federation to be dissolved. If there is only resignation, then it will make its men sit again,” he emphasized.

The 28-year-old Bajrang further said that “the whole hub of wrestling is sitting with us, and everyone is fighting for their future.

“We have five to six girls with evidence, who are ready to file FIR against the WFI chief on sexual harassment case. If our words are not heard, then we will get the help of the police and also file a case,” the Olympic medalist wrestler said.