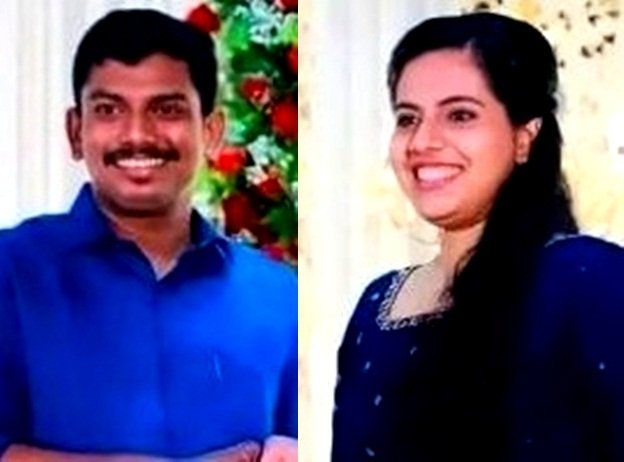 THIRUVANANTHAPURAM, (IANS) – The youngest mayor of the India, Arya Rajendran on September 4 married the youngest legislator of the state and young CPI-M leader, Sachin Dev in a simple function at the AKG Centre hall here.

Chief Minister of Kerala Pinarayi Vijayan attended the ceremony with his family.

The marriage was a simple function with Sachin Dev garlanding Arya Rajendran with a red garland.

Both Rajendran and Dev had publicly said that they won’t receive any gifts and if someone wanted to donate, they could do so in the Chief Minister’s relief fund or in some orphanages of the state. The marriage lacked pomp and show and was held as a small function.

However, almost all the senior CPI-M leaders of the state, including the Chief Minister and the CPI-M state secretary, M.V. Govindan attended the marriage with their families.

Sachin Dev was the state secretary of the Students Federation of India and the youngest legislator of Kerala hailing from Balussery in Kozhikode district. Arya Rajendran became the Mayor of Thiruvananthapuram corporation at the age of 21.

Both had worked together in the children’s organization of the CPI-M, and were friends.