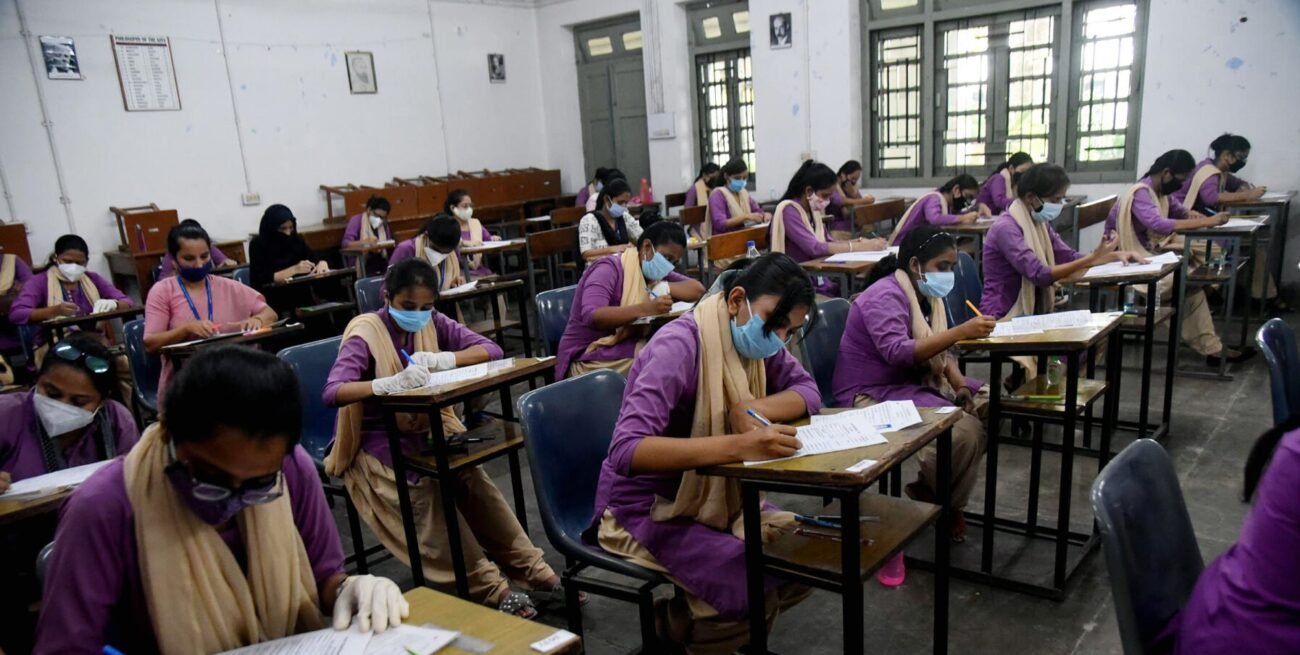 Despite challenges due to travel restrictions and bans, 145,528 international students were able to begin their studies in person or online in the United States or from abroad in the 2020/2021 academic year, a 46 percent decrease from the previous year. Indian students as well as students from China make up the bulk of international students in the U.S. Above, representational photo of Patna University students appearing for a Degree Part III course exam Sept. 20, 2020. (ANI photo)

The number of first-time international students enrolling at U.S. universities decreased dramatically by 46 percent amid the Covid-19 pandemic, according to the Open Doors 2021 report released Nov. 15 by the Institute of International Education.

But despite challenges due to travel restrictions and bans, 145,528 international students were able to begin their studies in person or online in the United States or from abroad. In total, 914,000 international students enrolled at U.S. universities for the 2020/2021 academic year, a 15 percent decline from the previous year.

The preliminary report did not break down the number of students by country of origin. But a different report released by Statista noted that more than 167,000 students from India were studying in the U.S. during the 2020/2021 school year.

Students from China and India make up the bulk of international students in the U.S., which continues to remain the top choice for studies abroad.

International students represent 5 percent of all students in U.S. higher education and, according to the U.S. Department of Commerce, contributed $39 billion to the U.S. economy in 2020.

“The Open Doors® 2021 Report on International Educational Exchange underscores the continued commitment of students and scholars, U.S. higher education, governmental partners, and industry stakeholders to international educational exchange amid the ongoing COVID-19 pandemic,” said IIE in a press statement. The annual report was jointly released by the U.S. Department of State’s Bureau of Educational and Cultural Affairs and IIE. “(The report) has been an important benchmark for international educational exchange to the U.S. for over 70 years,” noted IIE.

“International students are central to the free flow of ideas, innovation, economic prosperity, and peaceful relations between nations,” said Matthew Lussenhop, Acting Assistant Secretary for the Bureau of Educational and Cultural Affairs, U.S. Department of State.

“As reiterated in the recent Joint Statement of Principles in Support of International Education by the U.S. Departments of State and Education, the United States is strongly committed to international education as we continue to build back better.”

“Despite the global pandemic, Indian students were able to apply for visas and travel to the United States,” said U.S. Minister Counsellor for Consular Affairs Don Heflin, who is based at the U.S. Embassy in New Delhi.

“We issued over 62,000 student visas this summer alone, more than in any previous year,” he said, according to a press release from the embassy.

“This goes to show that the United States remains the destination of choice for Indian students looking to study abroad,” said Heflin. “We look forward to issuing many more visas in the year to come, to help Indian students achieve their dreams of U.S. study.”