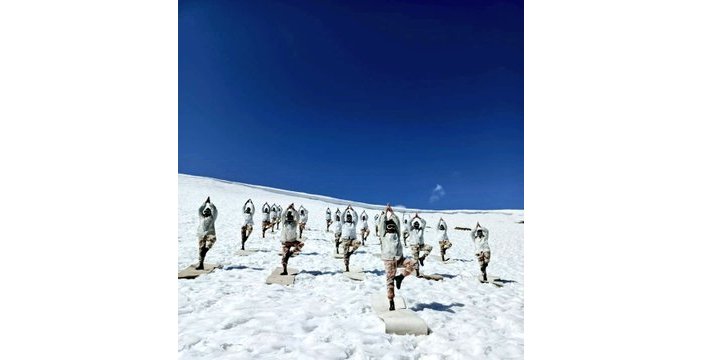 Sharing a video on its Twitter handle, the ITBP said that the “Himveers” performed yoga sessions under the aegis of forthcoming International Day of Yoga 2022.

The ITBP shared images of “Himveers of 56th Battalion” performing yoga at the Bheemli Sea Beach in Visakhapatnam, while a day ago, it posted picture of a similar session conducted at 15,000 feet in Ladakh.

Another such session was conducted by the 6th Battalion in Bihar’s Chhapra district.

Since 2015, the International Day of Yoga is marked annually on June 21.