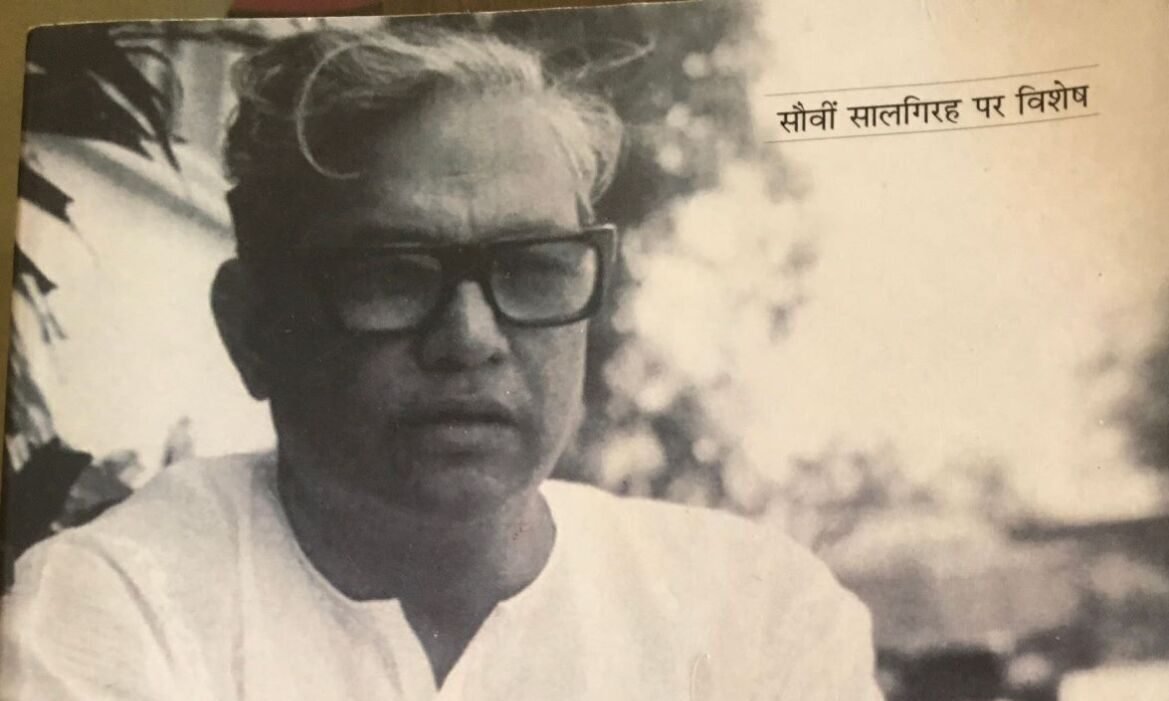 MUMBAI — Majrooh Sultanpuri, the first lyricist to win the prestigious Dadasaheb Phalke award in 1993, began his career in 1946 with K.L. Saigal’s swan song (as it turned out), A.R. Kardar’s “Shahjehan” and had his last releases with “Mere Biwi Ka Jawab Nahin” and “Ek Se Badhkar Ek” in 2004. The lyricist passed away in 2000 with over 350 films to his credit, of which over 275, at least, must be solo movies.

Prominent attendees were the family of Majrooh (who was interviewed by this writer for India-West multiple times until 1999) led by his son, Andalib Sultanpuri.

A compilation of this nature (Akela has also done a compilation of Anand Bakshi’s songs, “Main Shaayar Badnaam” earlier) is both easy and difficult. The easy part is that this is not an original book or biography and it can be assembled without deep research.

The difficult part is that a different kind of research is needed: and for this, one has to be a rabid fan of the artiste concerned. The right songs that show Majrooh’s range, versatility and genius have to be selected and the wordings checked for accuracy. One cannot harp on the fineries of poetry and art alone—the CRAFT of writing for situations and characters, and showing one’s talent within even light songs, must come to the fore in the compilation.

By that yardstick, Akela does a very good job of the choices he makes, though for obvious reasons, such a selection hinges on subjectivity. Also, there would have been no harm in mentioning the composers, singers and maybe directors of each song chosen here, especially as the book has needed due permission for copyrights from both IPRS (Indian Performing Rights Society) and ISRA (a similar association for singers’ rights).

A film song, after all, is complete teamwork. And these are the basic people responsible for a song’s creation, which also involves Mr. Moneybags (the producer), the artistes on-screen, the musicians, the writers of the script that generated the song, the cinematographer, choreographer, film editor and more!

On the subjectivity front, I would have liked the inclusion of the beautiful ghazal from “Teen Devian”—“Kahin Bekhayal Hokar”—apart from the more conventional “Aise To Na Dekho” that features here. Incidentally, Majrooh-saab has told me a juicy nugget on “Kahin Bekhayal Hokar” during a rickshaw ride with him to a Mumbai recording studio. But that must remain off the record!

The ethereal “Taaron Mein Sajke” is absent from “Jal Bin Machhli Nritya Bin Bijli” though an equally-deserving “Baant Hai Ek Boond Si” comes in (Majrooh once revealed to me that the two most satisfying films he ever did were this film and “Mamta”).

I would have also replaced “Mere Bheegi Bheegi Si” (“Anamika”) with “Jaaoon To Kahaan Jaaoon” from “Anamika,” eliminated “Kahin Karti Hogi” (“Phir Kab Milogi”), whose claim to fame is mainly an odious ‘90s re-creation, and brought in “Dekho Idhar Bhi Jaan-e-Tamanna” from “Imtihan,” “Tere Baghair Jaan-e-Jaana” instead of the routine romantic song chosen here from “Anari” (1975), changed “Chal Kahin Door” from “Doosara Aadmi” for the awe-inspiring masterpiece from the same film—“Aao Manaaye Jashn-e-Mohabbat” and been very sharp in (de)selecting his relatively flippant work (not Majrooh’s fault but that of the times—every lyricist went through this in the 1990s like Indeevar had to endure in the 1980s!).

Still, for the sheer presentation of work from one of our biggest legends, this book is a memorable compilation despite these and a few other for-me misplaced choices. As I said, subjectivity can cloud clinical objectivity, but over here, the quantum of this is permissible, I guess.